The Best Day Trips to Take from Monaco 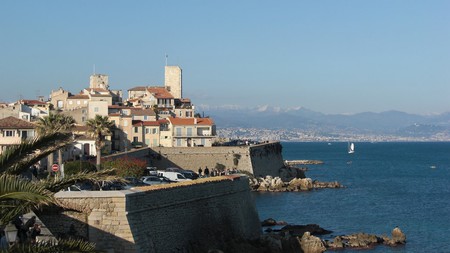 Antibes, perfect for a day trip from Monaco | © Sébastien Bertrand/Flickr

Monaco couldn’t be better placed as a hub from which to explore the French Riviera to its west, the Italian Riviera to its east and the stunning French national parks by its northern edge. Here are the ultimate day trips to tick off your list when staying in Monaco.

The Roquebrune-Cap-Martin station is a mere four minutes by train from Monaco so it makes for the easiest day trip in the world. There are two elements to Roquebrune-Cap-Martin to fit into your day trip. First, there is the medieval village perched on the cliffs overlooking the Mediterranean. It’s a gorgeous tiny town and where your trip should start. For the second part of the day, head down to Cape Martin, the peninsula on the Mediterranean. Here, you’ll find turquoise waters and pretty pebble beaches. Take the coastal path Chemin des Douaniers that hugs the sea around the peninsula – it’s a simply stunning view. You can then take the train from Gare de Carnolès, a whopping seven minutes back to Monaco. 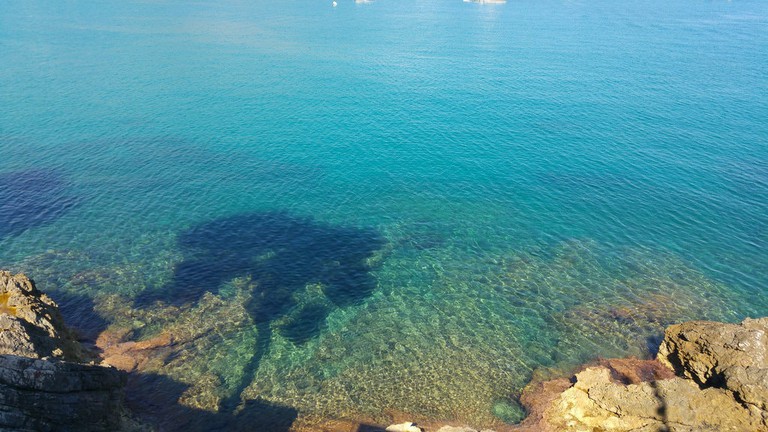 Menton is the next stop after Roquebrune-Cap-Martin, so this is also incredibly easy to get to from Monaco (a speedy 12 minutes by train, to be exact). It is the perfect size for a day trip and boasts a beautiful old town, beach and famous gardens. The must-sees when visiting Menton are the serene botanical garden Jardin Botanique Exotique that is open every day except Tuesday in the mornings and afternoons, as well as the Basilica. Though really, on a day trip, you could just simply wander through the colourful streets, dip your toes in the sea and keep your camera ready for the numerous views of the Mediterranean, mountains and red roofs that are all perfectly frame-worthy. 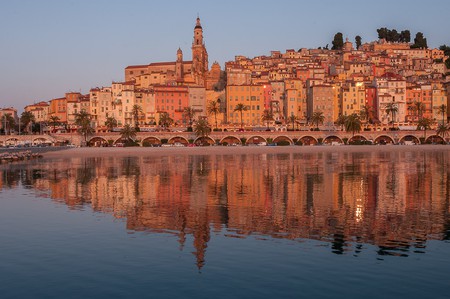 To the west of Monaco, not far from Nice, is Saint-Jean-Cap-Ferrat. Easily accessible by train, this beautiful peninsula is a hiker’s paradise. The views are simply incredible so choose Cap-Ferrat if you’re in need of some natural landscapes after the humdrum of Monaco. Take the path Chemin des Douaniers all around the cape and then find a chair in one of the many beach bars and cafes to finish off your day. The chic Villa Ephrussi de Rothschild is also worth a visit, maybe at the start of your day trip when you’re feeling fresh before the hike. 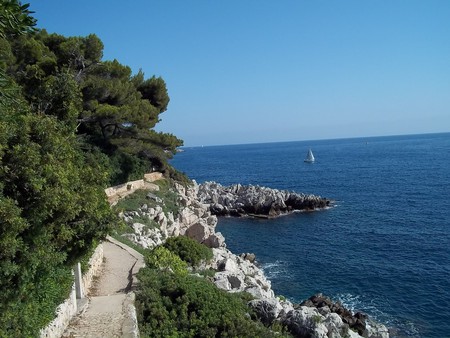 Little introduction is needed for Nice, the sun-drenched, bustling, beautiful city on the French Riviera. Luckily, from Monaco, it’s a breeze of a journey. Take the train and in under 30 minutes you’ll be in walking distance of all the sights. Our guides on 20 unmissable attractions and the top free things to do in Nice are a great place to start for exploring this incredible place. Just make sure you fit an ice cream and a pizza slice into your day, too. 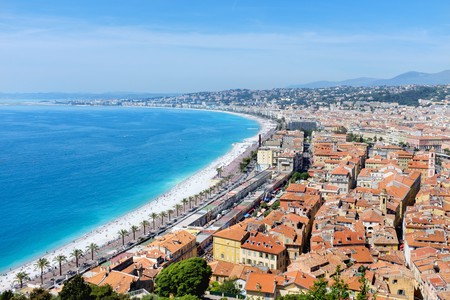 Antibes must surely be one of the most beautifully situated towns in France. It is recognisable for its old town surrounded by its 16th-century ramparts (pictured below) with the snow-capped Alps serving as the backdrop. The town has long attracted wealthy Europeans because of its beauty and even Picasso stayed for six months in the 1940s. How to get there, then? Happily, since Antibes lies on the same coastline as Monaco but just further west, the train can take you there in just over an hour. Make sure to spend the morning pottering in the old town and also walk around the harbour and out to Fort Carré, the impressive star-shaped fort. 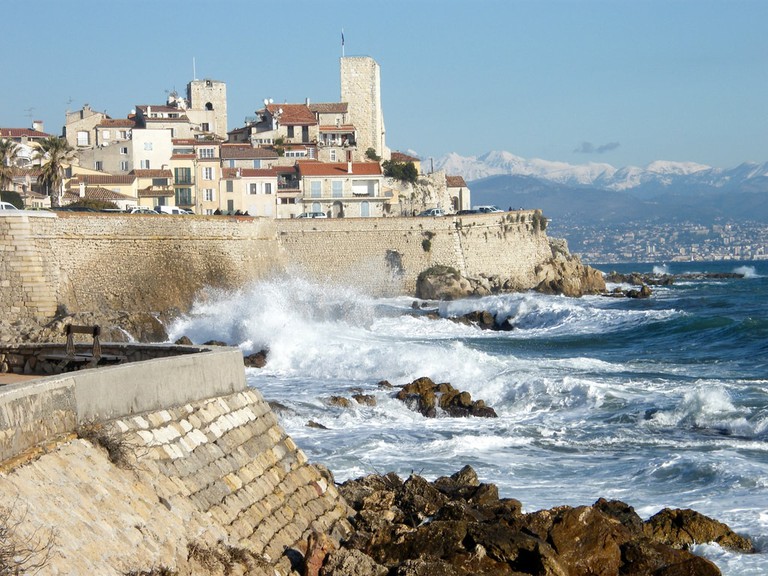 As Monaco is situated so close to Italy, an Italian day trip is equally as easy as a French one. A trip to the coastal Italian little city of Bordighera, then, will only take you about an hour and 20 minutes on the train. This small city falls under the radar a lot of the time (thanks to its size and position near larger resorts), but it is the perfect destination to eat Italian cuisine, wander around the pretty harbour and enjoy a day at the beach.

If you are travelling by car, then a stop at Giardini Botanici Hanbury, between Menton and Bordighera, is an absolute must. This major botanical garden falls under the University of Genoa and could almost be a day trip in itself with so much to see. 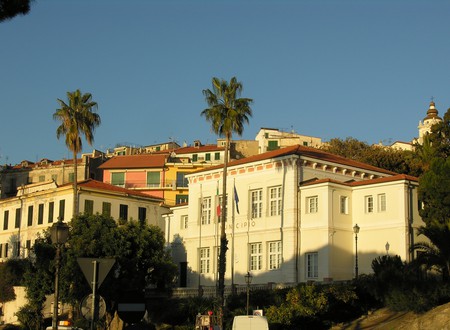 To the north of Monaco lies the Mercantour National Park. For a complete change of scene, hire a car and drive away from the glitz and glamour of the Mediterranean coastline and up into the mountains. Stop at villages like Sospel and Moulinet to experience the other side to this area in the south of France – rugged, unspoilt and real. 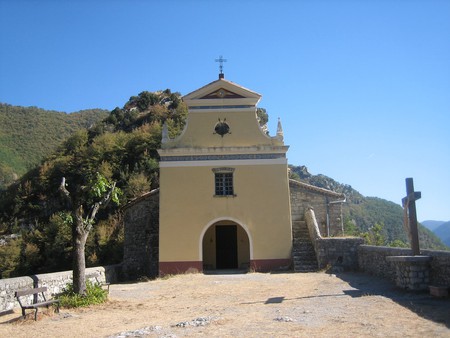 The church in Moulinet | © Stephen Colebourne / Flickr
Give us feedback