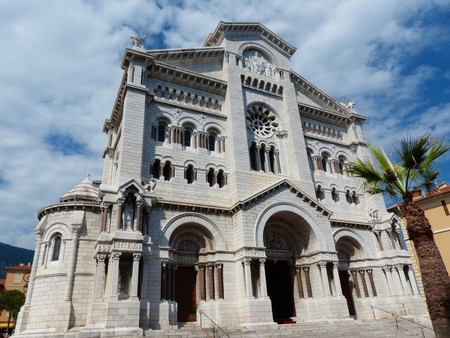 The Cathédrale Notre-Dame-Immaculée of Monaco, or Saint Nicholas Cathedral, is the main church of the Monegasque Archdiocese and an important symbol of Monaco’s identity, history and faith. It is located in Monaco’s old town on the Rock of Monaco and is both a much-visited Roman-Byzantine-style landmark in the principality and a central point for local life.

The cathedral took over 25 years to complete, beginning in 1875, and was finally consecrated in 1911. Originally, a chapel was built where the cathedral now stands, dating back to the 13th century, and visitors can still see the 16th-century altarpiece of Saint Nicolas that survived. Most recently, in 2011, the cathedral’s great organ was reconstructed by Thomas Manufacture in Belgium after nearly two years of design and building. 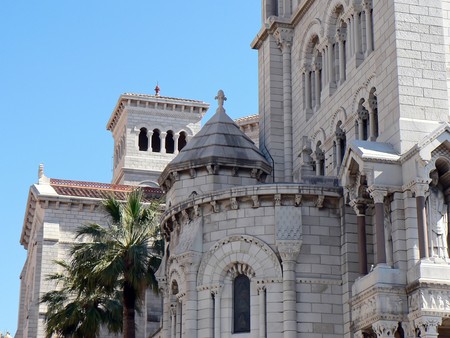 The cathedral was built using white stones from La Turbie, an ancient hilltop village just northwest of Monaco, which overlooks the principality from its elevated plateau. Dominating the village of La Turbie is the Trophée d’Auguste, a Roman building that was constructed to celebrate the glory of Emperor Augustus in 7 BC.

The monument was restored in the 1760s – after falling into disrepair for some thousands of years when Rome fell – using both 3,000 original stones and new local white stone, the same that was used for Monaco’s own cathedral. The white La Turbie stones have a special feature; they naturally get whiter when it rains. 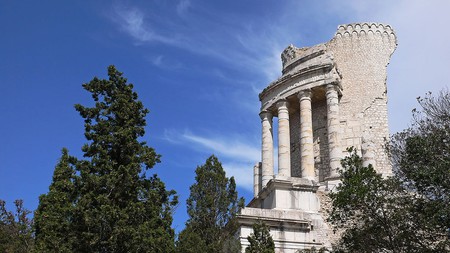 Royal events, such as the wedding of Grace Kelly and Rainier III, Prince of Monaco, in 1956 and the investing of his son Albert II as prince and ruler of the country in 2005, have taken place at Saint Nicholas Cathedral.

Most princes of the royal Grimaldi family are buried here, too, from Jean II Grimaldi (who died in 1505) to the present day. The funeral of Grace Kelly, probably one of the principality’s most well-known members, was held at the cathedral in 1982 after her tragic death and Prince Rainier was buried alongside her in 2005. 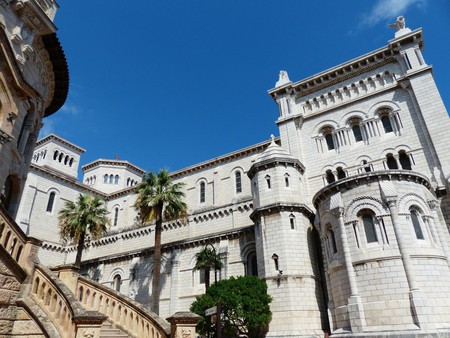