Book a Stay in the Most Magical Castles Near Monaco 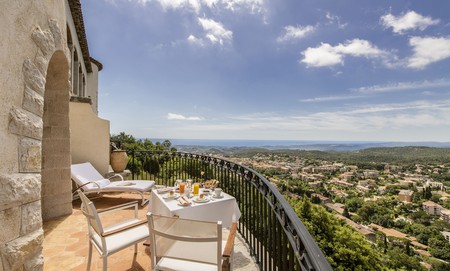 Monaco conjures up vivid images of high-stakes casinos, flashy events and the dazzling Mediterranean Sea. Add to the glamour by staying at one of these nearby castles, sprinkled between France, Italy and the city-state itself – they’re bookable on Culture Trip.

What Monaco lacks in size, it makes up for in awe-inspiring sights. Superyachts pepper the harbour, flanked by towering mountains on one side and the sparkling sea on the other. But did you know it’s surrounded by a slew of picture-perfect castles? If you’re after a truly royal stay, book one of these fantastic chateaux within striking distance of the Mediterranean microstate. 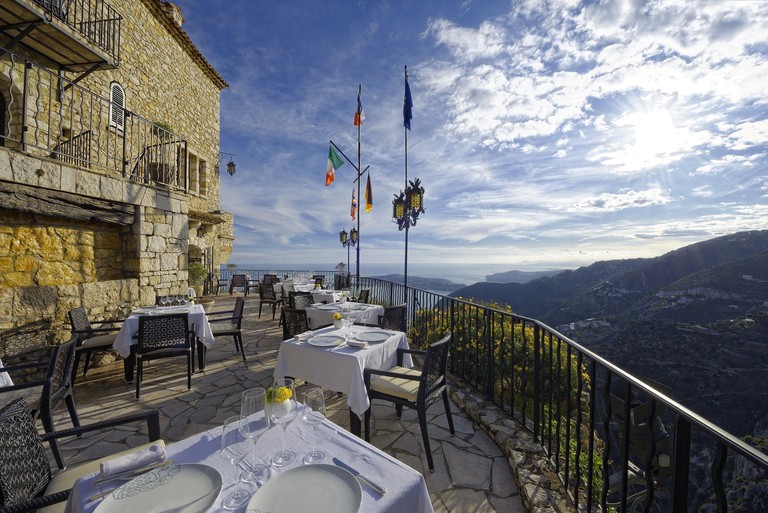 Courtesy of Chateau Eza / Expedia
Clinging to the side of the ancient walls in Èze, the 400-year-old Château Eza is a true fairytale stay, just 30 minutes west of Monaco by car. With just 14 individually decorated rooms, it’s an intimate offering, but the star is the soaring view over the teal-hued Mediterranean, which can be had from bedroom balconies and the in-house gourmet restaurant. For the ultimate romantic stay, book the suite, with its stone fireplace and outdoor hot tub. 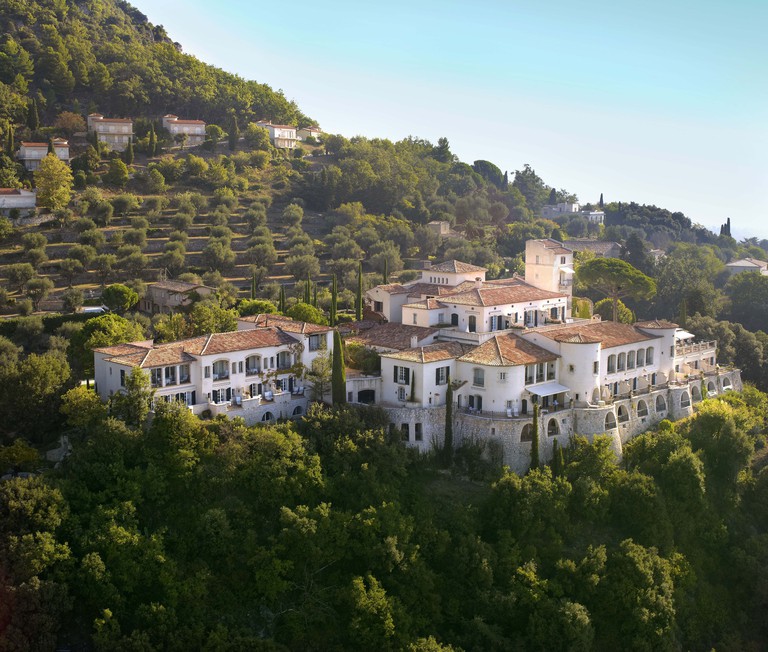 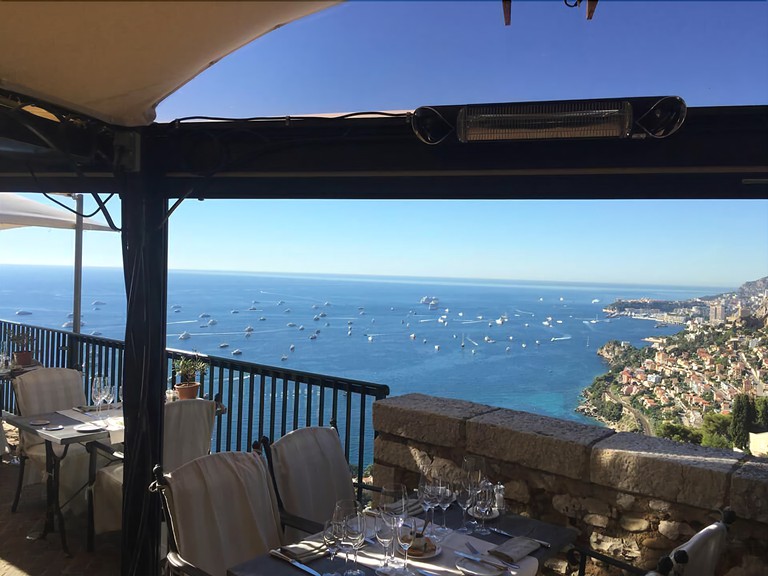 Courtesy of Hôtel-restaurant Les Deux Frères / Expedia
With the Château Médiéval de Roquebrune a two-minute walk away, Les Deux Frères is perfectly placed for exploring the 10th-century castle (and only a 15-minute drive from Monaco). The hotel itself boasts glorious views of Monaco and Cap Martin, best seen from its terraced restaurant. When it’s time to retire to your chamber, open the shutters – many rooms overlook the castle. 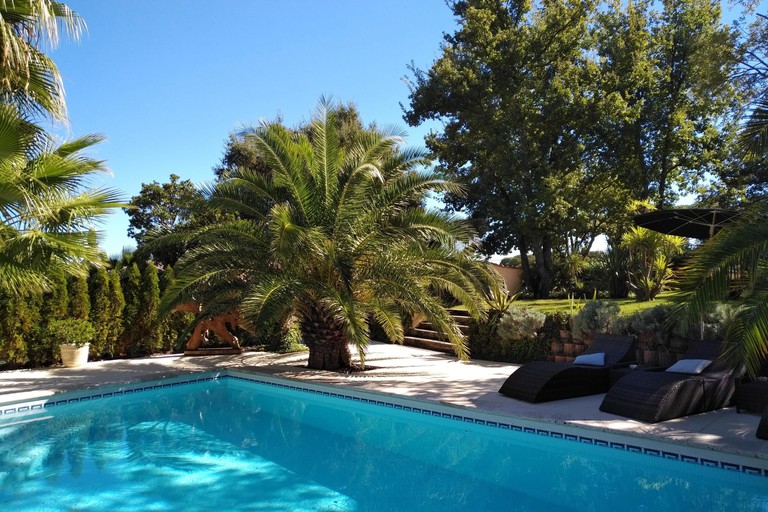 Courtesy of Maison Prestige Roberto Geissini / Expedia
An option close to Château de Grimaud is Maison Prestige Roberto Geissini. This stylish hotel has 16 rooms and suites, dotted across four sprawling villas. Lounge in one of the hammocks, play a game of tennis on the hotel courts or laze in one of its three pools. To get into that Monaco feeling before actually heading to the tiny state, book into the aptly named Monaco suite, which includes its own piano, freestanding tub and private terrace. 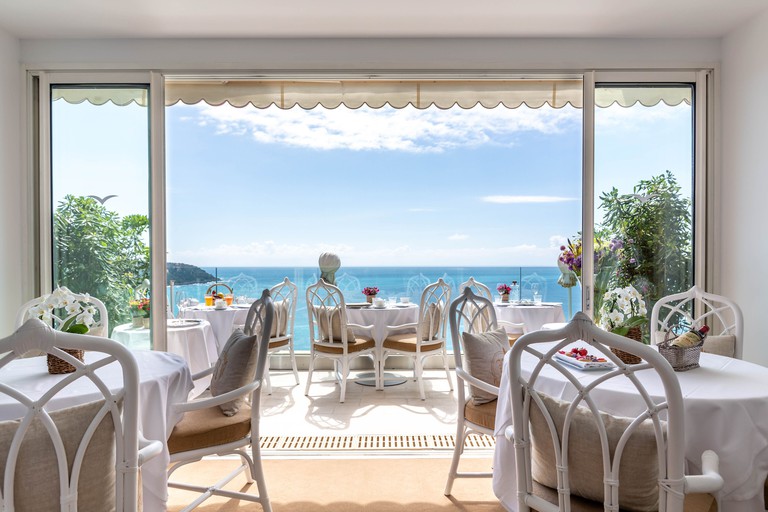 Courtesy of Le Roquebrune / Expedia
An intimate hotel with just four bedrooms and three suites, Hôtel Le Roquebrune feels like a home away from home. Located at the gates of Monaco, it’s just a short meander from here to its namesake château. Rooms are washed in neutral tones and a refined breakfast is served each morning on the sun-soaked terrace. Start your day off right with picture-perfect views of the French Riviera. 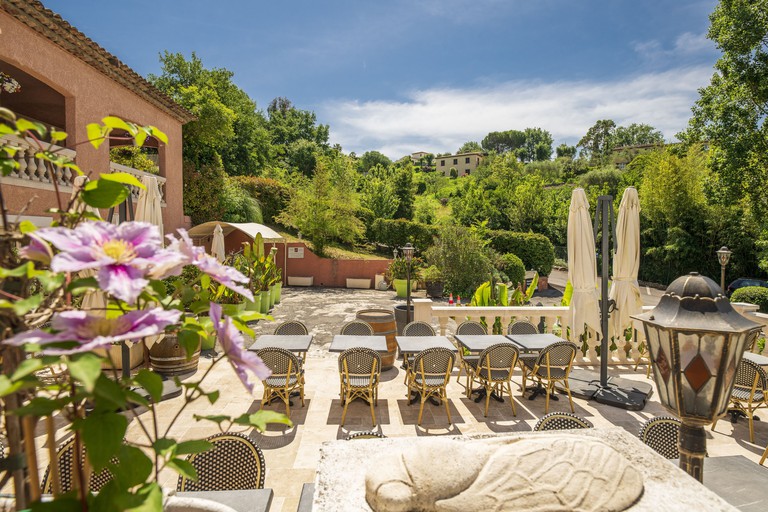 Courtesy of Hotel Les Bastides St Paul / Expedia
Château de Montfort is one of those romantic French chateaux of which we all dream. The best way to experience it is by staying at a nearby hotel. Enter: Hotel Les Bastides St Paul. Beyond its terracotta exterior, you’ll find airy rooms sleeping up to four people – with budget options available. If you can pull yourself away from the clover-shaped swimming pool and sunbeds, the chateau is just a seven-minute drive. 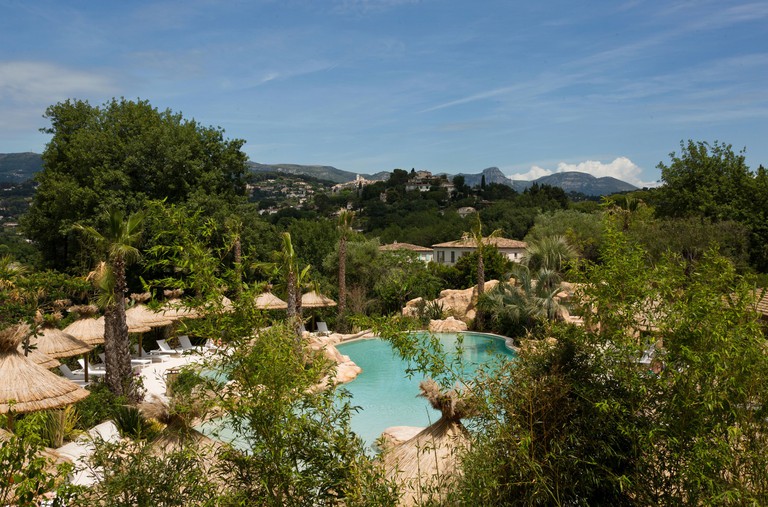 Courtesy of Le Domaine du Mas de Pierre / Expedia
Family-friendly Le Mas de Pierre has the feel of a castle retreat in the heart of the French Riviera. It’s part of the ultra-luxe Relais & Châteaux hotel group, boasting 76 newly renovated rooms and suites. However, most of your time will be spent in one of the three swimming pools or many jacuzzis dotted around the estate. Children will love the kids’ club and Alice in Wonderland-inspired playground (including twirling teacups and a giant teapot to slide in). 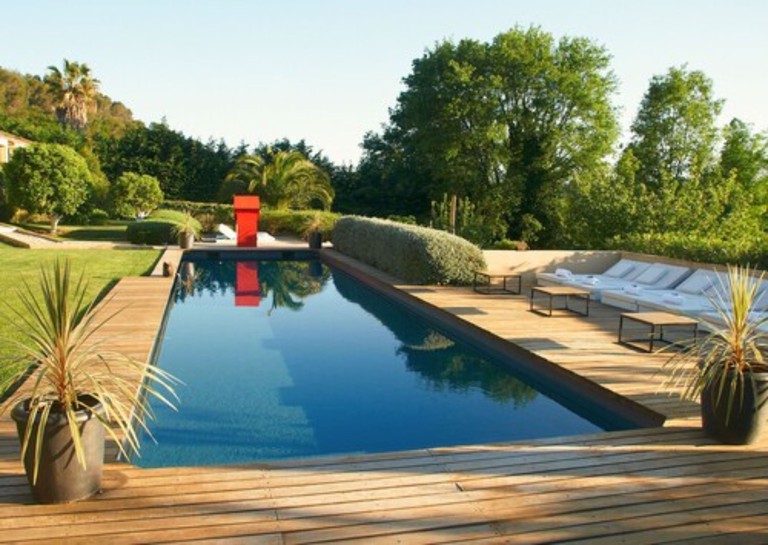 Courtesy of Toile Blanche / Expedia
From the outside, Toile Blanche looks like your standard Provençal farmhouse, with its honey hues and lavender field. Yet, with thoughtful and contemporary interiors, a summer restaurant serving seasonal dishes, and walls adorned with artwork by the owners, this family-run lodging feels anything but stock-standard. Bonus: it’s a great base for exploring nearby Château de Montfort.

Courtesy of Le Clos des Oliviers / Expedia
With a history going back to the 11th century, it’s worth paying a visit to Château de Grimaud on your next trip to the French Riviera. Le Clos des Oliviers is a 10-minute drive away from the castle, making it a fantastic choice for your south of France stay. This apart-hotel was one a Provençal farmhouse, but now it’s a family-friendly establishment complete with a kitchen and living area in each suite. There’s also an on-site pool, tennis court and gardens to enjoy.
Give us feedback