Descriptors like “heretic” and “wild child” are seldom paired with “classical violinist,” but Patricia Kopatchinskaja is far from your typical musician. Performing on the majority of the most prestigious stages worldwide, leading a vast number of the world’s premiere orchestras — Vienna, Berlin and London Philharmonic are just a few of the boxes checked on her list — Kopatchinskaja’s repertoire ranges from baroque and classical often played on gut strings, to new commissions and re-interpretations of modern masterworks. She’s also known to perform barefoot, as well as for her fiery stage actions — her colleagues describe her face as expressive as a stage actor’s — mid-song and penchant for improvisation.

Born in Soviet-controlled Moldova to parents Emilia (violinist) and Viktor (cimbalom player) — the family emigrated to Vienna in 1989 to escape rough economic conditions — Kopatchinskaja picked up the violin at the age of six and is now widely considered the world’s most exciting violinist. Living with her husband and daughter in Bern, Switzerland, the otherworldly violinist has helped craft 22 albums since 1998, when she isn’t being jetted to every corner of the globe to perform. Kopatchinskaja is the artist in residence at the Konzerthaus Berlin for the 2016/2017 season, and in 2020 she will serve as artistic director of the Ojai Music Festival in the U.S.

Recently described as on a “meteoric rise” by the New York Times, Culture Trip decided to chat with Kopatchinskaja to discuss her unconventional approach, classical music’s place in a pop and streaming-driven world of music, and why music needs to express “suffering, despair, and truth.” 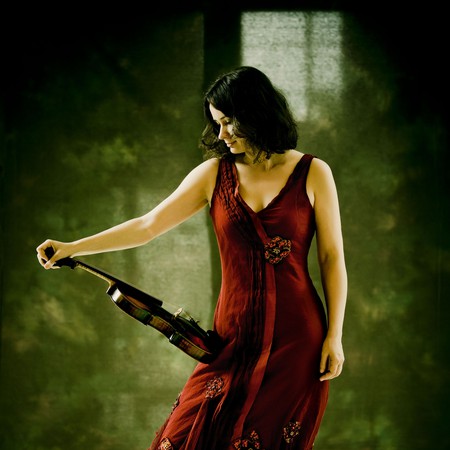 My first years were with my grandparents in the countryside. Then I had the chance of entering one of these special schools for musical children in the former Soviet Union. Half of the time was spent in music education and the other half in normal schooling. But I was never put under pressure; I wanted to learn to play the violin because my older sister played it. However my parents are very perfectionistic; my father practices daily for hours to this day. You cannot escape such a living example.

After having lived in the Soviet sphere, coming to Vienna opened a new world: I discovered the second Viennese school and contemporary music. I studied composition and as students we played our works among us. Besides I must have played hundreds of contemporary works in different ensembles and became very good at sight-reading them.

At 17, I primarily studied composition, so I did not dedicate myself wholly to an instrument. That’s why my musical outlook might be somewhat different. Of course, the life of a traveling soloist is lonely and not easy, and there is a constant tension between professional and private life. The reward is if one can collaborate in wonderful projects with wonderful musicians and orchestras.

Take the three greatest musicians ever – Bach, Mozart, Beethoven – all three were famous improvisers. Mozart was famous for his complicated improvisations in the repeats of his sonatas. When Beethoven gave the first performance of the Kreutzer-Sonata, the violinist Bridgetower improvised a cadenza, which is not written in the score. Beethoven rose from the piano and embraced him exclaiming, “Do this again my dear lad.” Now, honestly, do you find any such freedom in our concert routine? But fortunately a new generation of musicians seems to be more inventive and interesting.

I really do not reject traditional methods of playing; there is a public for every philosophy. However, I was so often and so wickedly attacked that I began to defend myself. If some find our Kreutzer-Sonata too fast, too “wild” or “excessive,” one just has to point out that there is abundant and compelling historical evidence to play it like this. If some disagree, I do not mind, but I insist on my view.

First of all, a classical musician cannot live on records or streaming. You earn a pittance because you are totally expropriated to boost the insane profits of Google, Spotify, Youtube, and Apple. So you have to survive on concerts. A concert is a community experience and a place where you can experience how music is created. You will get a public if you create experiences; by intelligent programming, by presenting new works, and by a lively and unpredictable interpretation. That’s what I try to do.

In China, there are whole villages which produce replicas of famous paintings. In one they produce only van Gogh’s sunflowers. It’s obvious that this has nothing to do with art. Now what’s the difference if an international artist on tour plays the Bruch concerto 30 times on end? Playing old music only makes sense if in-between we play new music and then go back to the old one with a refreshed view. 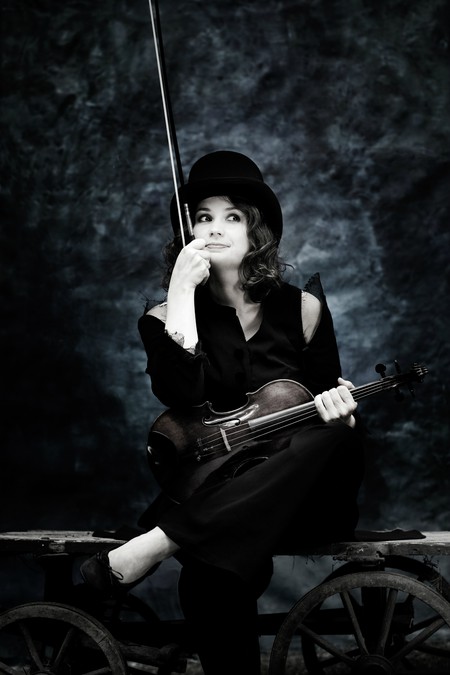 If music wants to survive in society it has to be relevant. It has to be more than the feel-good music of supermarkets and fashion stores which is part of the illusionistic bubble the developed world choses to live in. There are realities out there like bombs, drones, slave labour, political lies, the galloping loss of species, and, last but not least, the global warming which burns us all to death. No decisive action is taken; it’s not even seriously talked about. Adequate reactions could be anguish, anger, horror, or despair. The elegant music of the courts or Beethoven’s hope of universal liberation of mankind have no relation to this. If music wants to be true and relevant it also has to react to this plight.

Do you really believe that a poet is interested in pens or in the ability of typewriting?

Every city has its own concert-traditions and ears. In Japan, it’s just amazing to play. People don’t even breathe, it is so silent! The attention is miraculous.

In China, so many children attending the hall, their fresh orchestras, young concert halls. I am curious about the development there.

The audiences in Moscow are highly educated; they know a lot about everything in music. There are still people who visited the concerts of Schostakovitch, Prokofiev, Ustwolskaja, and Stravinsky when he visited Russia. They know so many stories, and they really understand how to appreciate music and musicians. They have miserable pensions or salaries and still they try to attend every interesting concert. Playing there, one really touches hearts and brains, and a very special communication appears.

My biggest cultural shock was in India, where I was just a tourist together with my husband, exploring the cultural treasures of this outstanding country. We attended a big festival for Indian classical music. No one knew Mozart and we were so ashamed not to know their music. Concerts lasted many hours, people seemed half asleep in their reclining chairs in the open-air audience. But, in fact, they were very alert, noting every slightest disturbance.

The voice of my daughter. 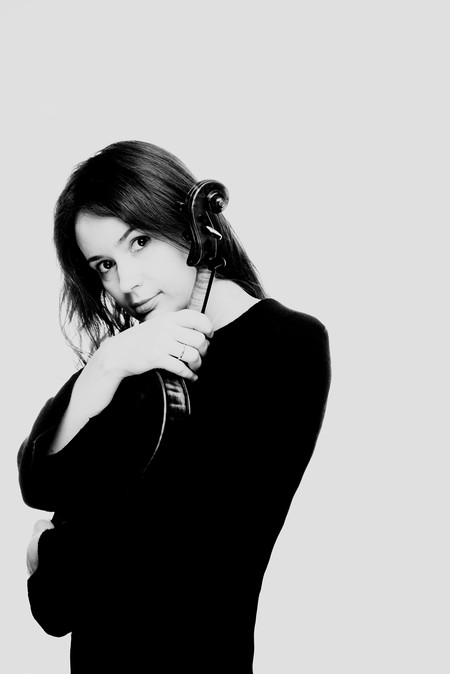