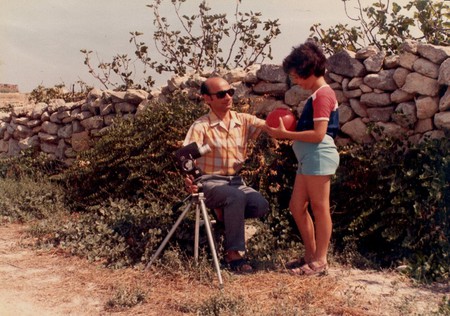 Combine Malta’s rich history, idyllic scenery, age-old traditions and glorious weather and you have just some of the factors providing attention-grabbing material worthy of a documentary or two. Meet father and son, Maurice and Christopher Micallef, Malta’s most famous documentary producers, and find out why their work is regarded as the best insight into Malta and the Mediterranean you may never otherwise experience.

Filmmaker and director Maurice Micallef was born in 1935. In 1964, Maurice produced his first documentary entitled A Glance at Valletta, and in 1972, with funding assistance from the Italian Government, he was sent to Rome’s RAI Studios where he gained technical experience that helped shape his career.

At the tender age of nine years old, Chris’ first role in the film industry was starring in one of his father’s productions, The Boy and the Red Ball. His part in this led him to receive a best actor award in 1977. Three years later, Chris went on to star in another of of his father’s films, ‘My Brother’s Keeper’, which again earned him the same award. 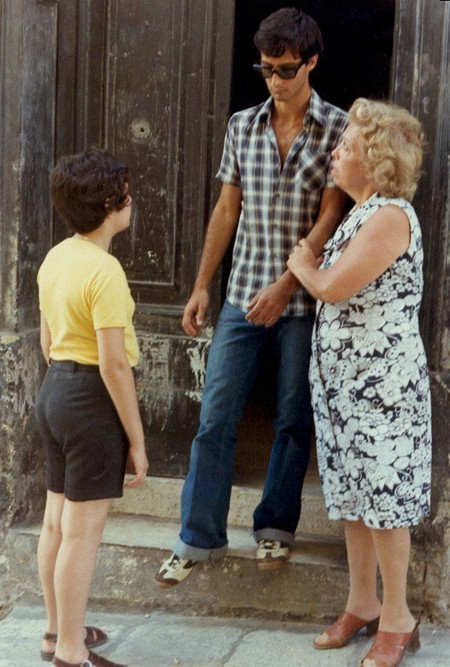 At the age of 18, Chris took on his first role as a producer. His debut was a documentary named Lifeline for a City about Malta’s aqueducts during Grand Master Wignacourt’s reign in 1610. The film earned him a staggering 11 awards, not only in Malta but also Skopje, Jesenice, and later in Cork to name a few. Graduating from the University of Malta with a degree in engineering, Chris went on to obtain a master’s degree in business administration and a doctorate in social sciences from the UK and a diploma in art from Valletta’s School of Art.

In 1974 Maurice produced and directed The Islet of Filfla and in 1985 came The Unsolved Mystery. But it was in the mid-90s that both Chris and Maurice realised that their strong point is in documentary productions. The father and son have since worked together, and in the process set up CMM Productions. At first directing and producing three documentaries on Super 8, in 1994 Maurice and Chris went on to make documentaries exclusively for ONE; those documentaries being Norman Legends in Malta, Il-Misteru tar-raddi fil-blat, Mnajdra, Wignacourt’s Aqueduct, Filfla, The Oldest Calendar in Stone, The Phoenicians, The Tal Qadi Stone, Hal Far Airfield, The Unsolved Mystery and, their most recent, 2018’s Kannizzati Fishing. 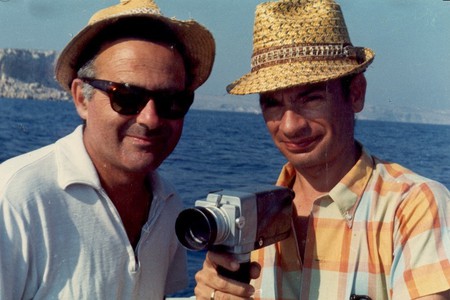 Malta’s long hours of sunshine is just one of the many factors that make Malta the ideal location for documentaries. Dr Chris Micallef says, “The Maltese Islands can adapt to almost any scenario, ambience, budget, and historic setting, both land and sea. Blessed with a rich cultural and social heritage, the range of subjects that one can tackle for documentaries is varied and diverse. Every coloniser left an imprint on our Maltese cultural heritage, ranging from prehistory and the building of megalithic structures to the British rule. A fleeting look at what documentary subjects we have tackled over the years will take the audience to the four corners of the world, all in the space of 316 square kilometres.”

In finding subject material for their documentaries, he goes on to explain their three steps to success: “First of all the subject material has to be appealing to the scriptwriter and the producer of the documentary. Producing a documentary is, indeed, a very long and laborious process. Secondly, look practically at what is available to be filmed, availability of resources and budget limitations, and then decide the way forward. And finally, the most important question is will the people be interested to watch it? It may not always be the case that what is of interest to us will be of interest to the audience out there; gauge the idea of the documentary subject with friends, colleagues and family.” 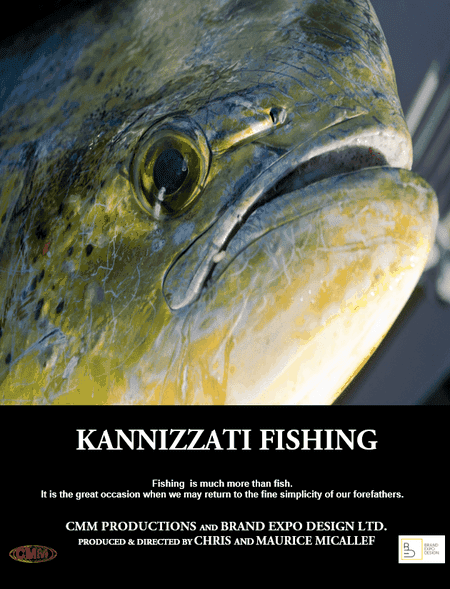 Being a father-and-son team means that Maurice and Chris can talk about their work all day long without having to schedule meetings. Once agreeing on an idea it is thoroughly scrutinised, and if the subject has not been covered before, even better. Chris’ doctorate in social sciences from Leicester University means researching subjects is second nature to him, and with both Maurice and Chris being researchers, editors and producers means they know what to look for. ‘We know what we want so let’s do it!’ is their motto. Creating an atmosphere where taking risks is a major factor, Maurice and Chris ensure that with each documentary they have a team of committed and dedicated people on board. Synchronisation of being at the right place at the right time is key. Chris says, “Who on Earth is ready to wake up every day for months between 1am till around 4am, sometimes during winter, just to film moon alignments at the Tal Qadi temple limits of Burmarrad, or Mnajdra temples at Qrendi? If an alignment is missed, then filming will be delayed by months.” 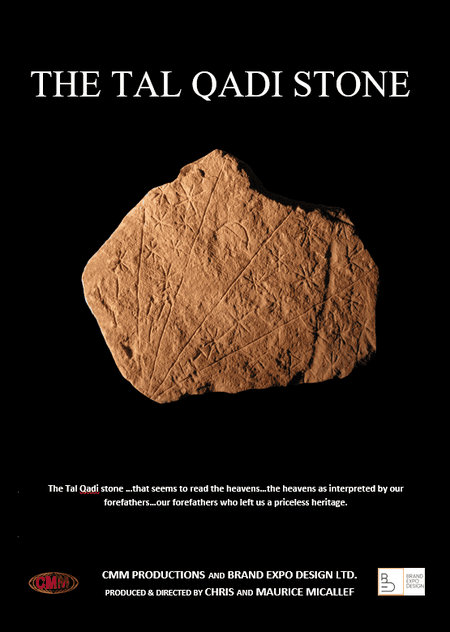 The future of the Maltese film industry

In Maurice and Chris’ opinion, The Malta Film Commission encourages screenwriters to use both the Maltese culture and landscapes for production developments. “Our cultural wealth reflects a myriad of cultures, which surely help and assist the Malta Film Commission to instigate internationally-recognised writers to incorporate the Maltese Islands into part of their scripts. In our view, the setting up of a video-on-demand portal should be set up by the Ministry of Tourism. This will engage further in audience interacting on a specific subject matter before visiting the Maltese Islands.”

In terms of qualities that make a successful documentary producer, Maurice and Chris have six main criteria around which they revolve their work: tell an engaging and inspiring story, do your homework, develop the right skills, keep meetings effective, get along with your team, and be clear and concise in all communications. With this in mind, it’s not surprising how successful the pair are. The honorary service by Maurice Micallef in representing Malta through his several productions, and by promoting Malta’s national heritage abroad makes him the first Maltese filmmaker who has won in four different categories/genres in international competitions: they are fiction, documentary, animation and experimental. His greatest achievement was when he was awarded Xirka Ġieħ ir-Repubblika (‘for the benefit of the Maltese’ for exceptional merit in services to the island) in 2014 for an outstanding career in filmmaking.

For Chris, in addition to being mentioned in prestigious books and journals by well-known authors including Graham Hancock, Tore Lomsdalen, Professor Frank Ventura and Peter Marshall, his greatest achievement was when he was awarded Xirka Ġieħ ir-Repubblika in 2016 for his research conducted on Maltese megalithic temples that developed into documentary productions. 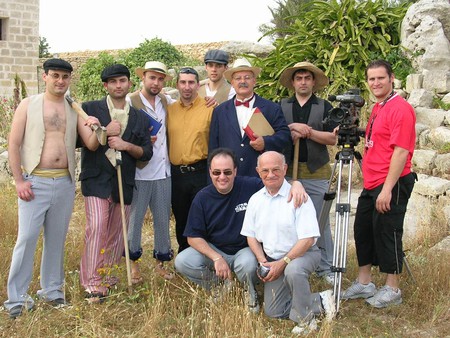 Awards and the future

Gaining over 217 awards worldwide for their work, their most prestigious accolade is the Best of Show (an IMDb-rated festival) for Hal Far Airfield, a short documentary tracing the history of the airfield. The film is impeccably researched and includes extensive original wartime footage combined with re-enactments of Maltese Army Regiments and the British Royal Air Force. Sharing upcoming projects, Chris concludes, “We are in the final stages of producing a feature documentary about the Normans and the Medieval period in Malta. But we will leave it at that at this stage so that we have something to talk about in future!”