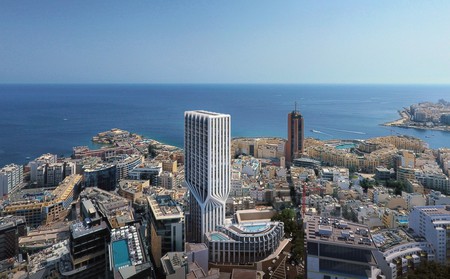 With Zaha Hadid Architects being the latest starchitect firm to create an eye-catching contemporary design for the island, and Valletta having been named the European Capital of Culture 2018, it’s no wonder that all eyes are on Malta. Culture Trip takes a look at its evolving architecture.

Despite its modest size, some big-name architects have come to Malta’s shores over the past decade, with the likes of Renzo Piano and, most recently, Zaha Hadid Architects leaving their mark. Creating a new contemporary legacy, these designers are artfully blending old and new, creating distinctive designs that remain sympathetic to the country’s rich history. Here are the key projects to look out for when visiting the island.

Until 2015, Malta was governed from the 16th-century Grand Master’s Palace on the main square in the heart of Valletta. Renzo Piano’s striking new Parliament Building was part of the Valletta City Gate project, which entirely redesigned the access to the historic heart of Malta’s capital. The ornamental laser-cut stonework on the New Parliament building evokes the city’s Renaissance and Baroque heritage, while a new open-air theatre was rebuilt from the ruins of the former opera house.

Although construction has not yet started, the show-stopping 112m (367ft) Mercury Tower will have the biggest impact on Malta’s landscape, becoming the country’s tallest building. The 31-storey tower was designed by the late Zaha Hadid and Patrik Schumacher and aims to instil “a sense of dynamism within its silhouette that changes when viewed from different directions around Paceville,” according to Zaha Hadid Architects (ZHA). The site of the early 20th-century Mercury House has been derelict for more than 20 years, with the new design dramatically twisting upwards from the historic building. Mercury House will be reinstated as the main anchor for a new public piazza and as a grand entrance to the new apartments and hotel contained within ZHA’s eye-catching tower. 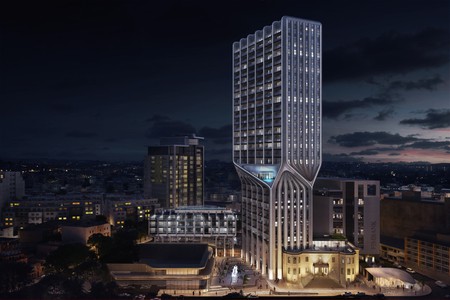 As the European Capital of Culture 2018, Valletta has received a healthy dose of EU money for new flagship projects. One of these is MUŻA, billed as a “national-community art museum”, with a central courtyard designed to be a dynamic creative hub and an accessible space for all. Set within the historic Auberge d’Italie, a building originally conceived as the 16th-century seat of the Order of the Knights of St John, MUŻA will house the former national gallery collections as well as new acquisitions. The new structure, designed by Maltese firm DTR, is set to be an exemplary project of sustainability and will work with a historic Maltese building. It was due to open in May 2018 and is nearing completion. In addition, international design hub the Valletta Design Cluster is in the process of converting the derelict Old Civil Abattoir into a collective work space, which is set to be completed by October 2018. 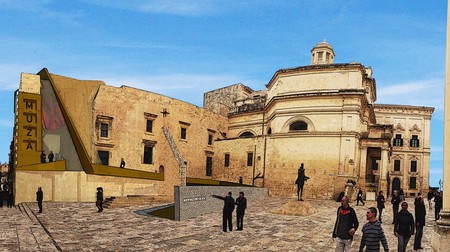 A visual of the winning design for MUZA | © DTR

Local firm Architecture Project has been responsible for much of Malta’s regeneration, including this 20-storey panoramic lift, completed in 2013. The new Barrakka structure has resurrected the access link between Valletta and the Grand Harbour, whisking visitors up the side of the old limestone fortifications to the arcaded Upper Barrakka Gardens. A lift was first erected in this spot in 1905 as a means of connecting the waterfront to the city centre, but was dismantled in 1983 after the advent of air travel rendered the harbour obsolete. However, this all changed with the introduction of a new cruise liner terminal, which has seen thousands flock to the island via its waterways. The Barrakka lift, which can serve 800 visitors per hour, is wrapped in corrugated aluminium mesh that has weathered in its coastal environment, helping it to blend in with Valletta’s existing 16th-century architecture. 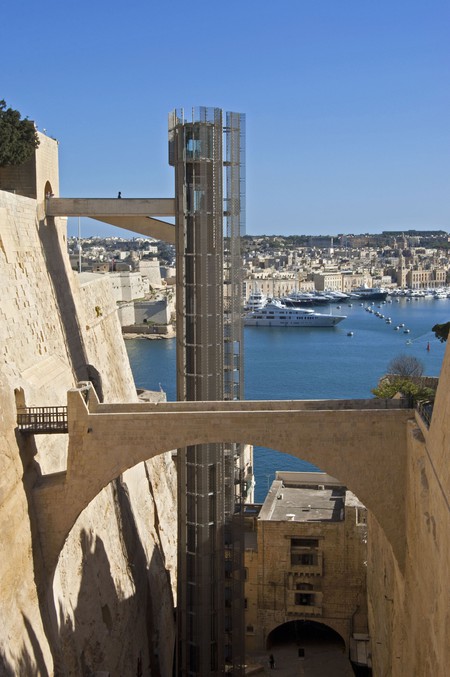 Another major Architecture Project design, the Malta Maritime Trade Centre is hard to miss owing to its blockish monochrome form at the harbour’s edge. The L-shaped building, completed in 2007, turns its back on the heavily trafficked road towards the quay, offering great waterfront views. Louvered screens on the south side protect the glazing from the harsh summer sun while allowing daylight to stream in at a lower level during winter months. 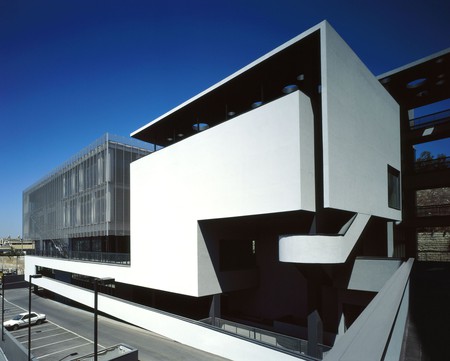 Valletta’s Grand Harbour is a UNESCO World Heritage Site that’s been used as a port since the Roman Empire thanks to its natural inlets, which are perfect for sheltering naval vessels. In the early 20th century, a breakwater was constructed with an accompanying steel footbridge to make the port suitable for all weather conditions. However, the footbridge was partly destroyed in an E-boat attack in 1941, leaving the breakwater and its lighthouse desolate for more than 70 years. In 2009, a competition was arranged for a suitable replacement, and winners Arenas & Asociados created a new iconic landmark with a striking pillar box-red arched frame that references the heritage of the original bridge. 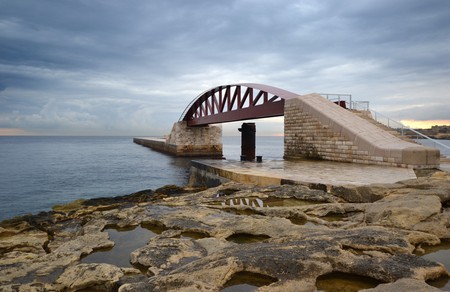 The Coach House in the Urban Conservation Area of Balzan was shortlisted for a World Architecture Festival (WAF) award in 2018. The Grade I-scheduled property was originally a service building for the adjacent Palazzo Bosio and was purchased in a dilapidated state. Architecture Project transformed the one-storey structure by adding a striking modern extension that incorporates a ‘woven’ stone facade and a self-supporting staircase to create a connection between the old and new. The firm was also on the WAF 2017 shortlist for its Villa Castro design – a residential project with a series of distinctive timber-clad boxes that nestle on top of the historic stone building. 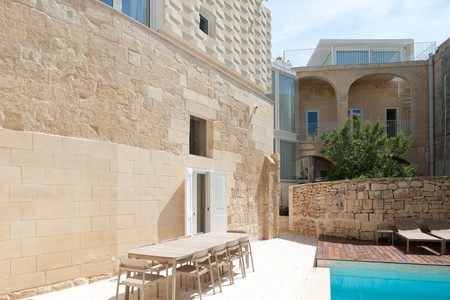 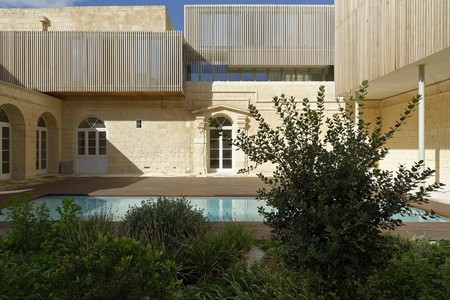 Looking for more Maltese architecture? Check out the most beautiful historic buildings to see in Valletta.