The Best Spots for Scuba Diving in Malta 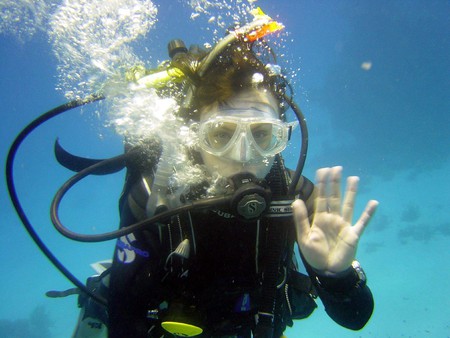 Whether you are a novice scuba diver or have plenty of experience under your belt, the waters surrounding Malta provide more than ample diving locations to suit all levels. Diving schools across the island offer deals from one-off experiences to full courses, all with fully qualified instructors supplying the correct apparatus. Whether you are in a group or going it alone, here are some of the best dive spots to consider.

Also often referred to as the Lighthouse Reef or The Chimney, Lantern Point is based in the south-western region of Malta’s small island of Comino. With dives available throughout the year, this is also a great spot for scuba divers whatever your ability. Depths range from six metres to approximately 34 metres. The shallow waters provide divers with reefs to explore and an array of multicoloured rock creatures, while venturing into the deeper areas will provide tunnels and caves. Sealife can be seen throughout with divers catching regular sights of barracudas, bream, groupers and amber jacks in the shallower waters, and sponges, damsel fish, star fish and crabs in the deeper caves. The ‘chimney’ of Lantern Point is so-called as it is just a few metres wide and provides divers with swim-throughs once they have descended it. The base of the chimney is more than 50 metres down.

Malta’s strategic position during WWII meant the island saw harrowing times. War enthusiasts can not only discover Malta’s plight in the form of museums and air raid shelters above land, but also underwater too. The wreck of the Blenheim Bomber lies at approximately 800 metres from Xrobb l-Ghagin in the east of the island. Although the cockpit and port-side propellers are missing, the remainder of the aircraft remains more or less intact. The wings and engine are still present, making for a moving sight as divers draw close to the wreckage. It is presumed that from what remains and what is still present of the aircraft, that the crew managed to eject themselves to safety before it went down. Divers are able to swim a little further to also discover the remains of a De Havilland Mosquito on the same dive.

Fortizza Reef (and adjacent Coral Gardens) are just a few minutes away from Malta’s busy area of Sliema on the north-east coast; this is a shore-dive from Sliema’s promenade. Suitable for all levels due to the shallow waters, the dive has a maximum depth of approximately 15 metres. Considering the shallow waters, marine life is plentiful, and this, combined with the tunnels, caverns, arches and overhangs, make for some great underwater photography or video footage. For the adjacent coral dive, where waters remain similar depths, it may be wise to ask for the assistance of a guide if you have not embarked on this before so as not to miss some remarkable sights. Make sure you choose a day were visibility is good and be cautious of boats and yachts which sometimes pass directly over the top of this reef.

The Imperial Eagle ship is 42 metres long and was originally launched in 1938 after being built in Sunderland, UK and initially named the ‘New Royal Lady’. Changing its name over the years, the ship came to Malta where it was owned by the Pisani family living in Gozo. The Imperial Eagle made its maiden voyage in Malta in 1958, able to carry up to 70 passengers and 10 cars. Later years saw the ship used to transport cargo to and from Valletta and Gozo, and was finally sold to the diving community of Malta in 1995. The ship was then deliberately sunk in the waters by Qawra Point to form an underwater tourist attraction. Now scuttled, the ship has become a popular dive, and 30 metres from the ship’s bow and 25 metres deep sits a wonderful statue of Jesus Christ – Kristu l-Bahhar (Christ of the Sailors) – which is also an integral part of the dive experience.

Better-suited to advanced scuba divers is the Inland Sea and Tunnel dive, accessible from Gozo’s village of Dwejra. The inland sea is so-called as it is a lagoon, semi-circular in shape and with a depth of just two metres. Although the lagoon may not appear to be much, it is from here that scuba divers take a journey through a spectacular experience of an 80-metre tunnel connecting to the Mediterranean Sea. Starting at about three metres deep and finishing at a depth of 26 metres in the tunnel alone, once you reach the Mediterranean Sea the actual seabed falls down around another 25 metres. The light through the tunnel is fine, although some like to take a torch and divers can surface from the tunnel at any point as it is not completely enclosed. As the end of the tunnel is reached, the sunlight hitting the water is an amazing experience, and you’ll meet plenty of marine life along the way.