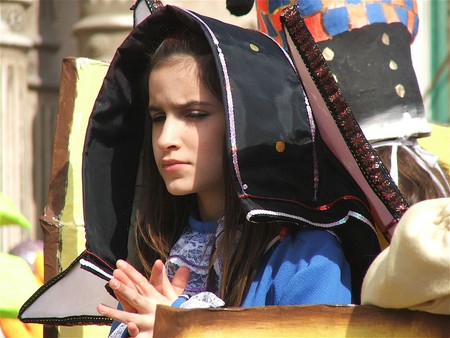 Sometimes referred to as Faldetta, Għonella, a traditional Maltese headdress, is becoming something of a rarity to spot across the island. Here’s at closer look at the għonella and its history up to the present day.

Dating back to the 16th century, during the time of the knights, women from the more well-to-do families adorned għonnielen (pl.) in both white and bright colours. As a symbol of their wealth, the għonella was seen as appropriate dress as it covered the majority of the body. At a time when only the face of a lady should be seen, it was also often accompanied by a huge fan. Bearing a slight resemblance to the Turkish charshaf, the għonnella is unique to both Malta and sister island of Gozo. In addition to covering the body, another main purpose was to provide shelter from the intense Maltese sun, while capturing cool breezes and protection from rain and winds. 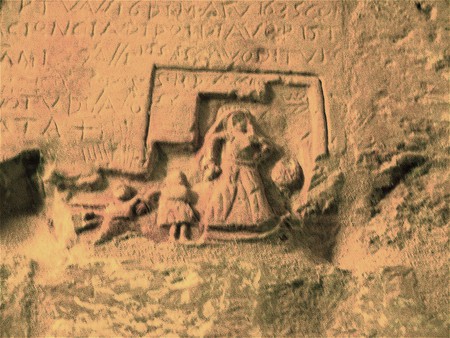 Made of predominantly black rich silk or cotton, the headwear features an arch shape framing the top of the head, with loose material draped either side, falling to mid-calf length, to be clasped in the hand. The arch is formed by having cardboard, cane or even whalebone stitched inside. From its introduction until the mid-20th century this was common wear among elderly spinsters and members of the religious Christian sect ‘Il-Muzew’ as formal Sunday wear for female churchgoers. Despite its former popularity, the headwear also had its disadvantages.Women wearing għonella had their sight restricted and during high winds they were particularly difficult to wear as the arch caught the wind and the loose sides had to be held tightly with both hands to keep them in place. Following its demise during World War II, today it is very rare to see ladies wearing this headdress but is still considered part of the island’s traditional costumes. 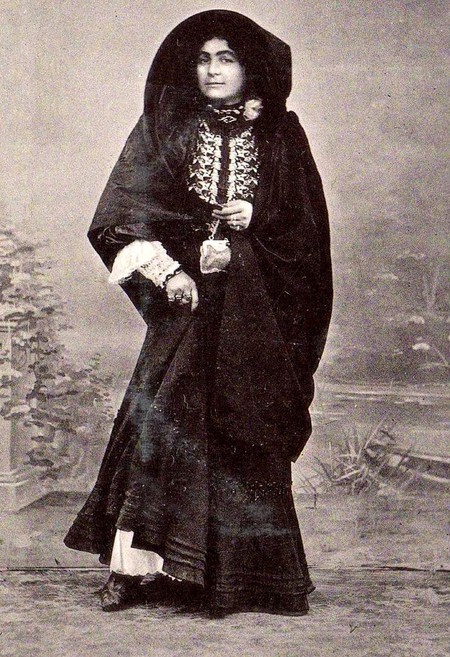 During later years, remaining in dark colours, the headdress became more common, with women taking to wearing these during everyday duties. Brides took to wearing white għonella, while it is alleged that peasants were sometimes seen wearing green. There are many theories behind the origin of this garment and today the truth remains unclear. Stories include that it originated from a long skirt that was often thrown above the head to help provide shade, while some historians believe it was influenced by both Italian and Sicilian mourning rituals of the time and introduced to the island of Malta during the reign of the Knights of St John. There is also the belief that it could possibly be an adapted version of the Spanish mantilla.

Although no longer spotted on the streets of Malta as daily wear, the għonella still lives on in Malta and Gozo. Souvenir shops boast dolls dressed in the traditional wear, galleries hold Maltese paintings of street scenes depicting the headdress in everyday life and decorative għonella often comes to life as part of the wonderful costumes during feasts, re-enactments and carnivals taking place in village to village across Malta and Gozo all year long. 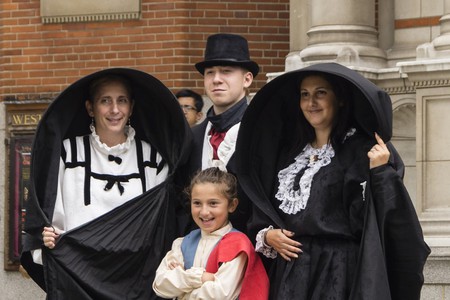