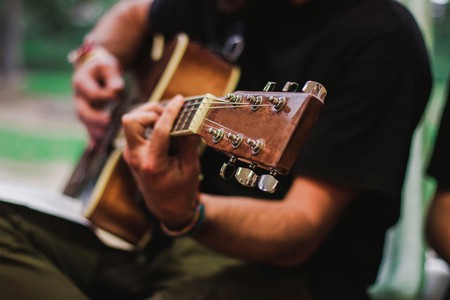 Best known for the history, artwork, architecture and sculptures, Malta’s capital city of Valletta is also home to musical venues to suit many tastes. Here’s some things that just may spark an interest in visitors interested in the music scene Valletta has to offer.

Jazz enthusiasts certainly won’t be disappointed with the capital. With a number of venues around Valletta offering live entertainment, the most popular to pay a trip to is Bridge Bar. Visitors pay a trip to the Bridge Bar from all over Europe as it is renowned on the local jazz scene as the place to sample the finest live jazz music on the island. The best sessions take place on Fridays between May and October, with performers appearing on the adjacent bridge and spectators seated on brightly coloured cushions on the steps opposite and enjoy the ultimate of chill out evenings. A wander round Valletta will see other smaller, yet still atmospheric venues offering jazz music.

A capital city wouldn’t be complete without its share of musical theatres and Valletta is no exception. Enjoy choirs, soloists, orchestras and musicals, to name a few, at the stunning 18th-century Manoel Theatre. The Mediterranean Conference Centre (MCC) is another venue to check out for large concerts. Playing host to artists and musicians from all over the world, the MCC has performances all year round. Located at the Grand Harbour, this 16th-century vast building is a prime landmark in Valletta and provides instant kudos to anyone who manages to catch a performance here. The Royal Opera House is also the main base to the Malta Concert Orchestra who not only perform here, but island wide. Newly established in 2017, the orchestra comprises both professional and semi-professional musicians who perform regularly in addition to other concerts which are particularly popular during the Arts Festival. Its also worth noting what’s on at the St James Cavalier Centre for Creativity for traditional and modern music. The centre pays emphasis to Maltese artists by promoting contemporary visual and performing arts and musical performances are regular occurrences.

To enjoy a meal while listening to a wonderful mix of music genres, Sasha’s Bar and Bistro is worth a visit. Along with being able to enjoy a bite to eat, the bistro hosts live musical entertainment from anything from jazz to folk to pop. The revival of infamous Strait Street sees not only an amble along a narrow road steeped in wartime history, but also a hub of entertainment offering an eclectic mixture of music genres from bistro to bar along the way. Street entertainment, particularly in the main Republic Street, is in no short supply. Albeit in Malta, you’ll find anything from Peruvian panpipes to the ambient dreamlike sounds of the Hang.

Street buskers are popular in the form of groups, duos and soloists from all walks of life and from across Europe and beyond making this capital city the ideal place to experience a wide variation of music in one small area. A delight to the eyes as well as the ears is the Terramaxka (Maltese for ‘magical guitar’), a colourful street barrel organ that became popular in Malta during the late 19th century as a popular source of musical entertainment. Once an important feature of Malta’s feasts and festivals, few of these have been passed down through the generations and have been kept in immaculate condition. Proud owners show off their Terramaxkas in full working order in Valletta and they are always a crowd-gatherer. Owners may ask for a small donation towards their upkeep. Whatever your musical taste, it’s safe to say that Valletta is an ideal destination for music lovers. Treat your ears and pay a trip to Malta’s capital. You won’t be disappointed.