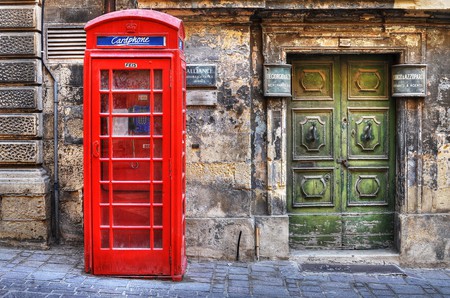 Malta is a mere 316 kilometres square with a population of, according to records, just over 432,000 as of 2018. Yet this small, often dismissed destination has the second-highest percentage of social media users in the whole of Europe. Just 10 per cent of the population are not connected to social media in some shape or form. With Facebook and Instagram leading the way, social media is a part of every day life. Here are just some of the best Instagram accounts you need to follow before you visit Malta.

If you want to see places off the beaten track, have unique experiences in Malta and witness the many events that take place island wide,@exploringmalta is one for you to follow. Flora the Explorer’s shared photographs are of her travels around the island, the different people she meets and the scenes along the way. Find videos of interviews and meeting locals. The page runs in parallel with her website and Facebook page of the same name, linking up to blogs and in-depth articles in addition to videos. Flora’s face is a familiar one around Malta and her positive and bubbly personality complements the Maltese sunshine and does nothing but make you smile.

Ed, Founder of Malta Uncovered, is Dutch and has Maltese roots. Initially starting visiting the island as a tourist, he decided to move to the island over a decade ago. His photographs cover the best of Maltese daily life, history, heritage and culture. Working in conjunction with his website, Malta Uncovered is great for finding out more about the island through personal experiences and recommendations. Venturing far beyond beaches and sunshine, this is a great account to follow for the Malta curious.

Gozo Photography is just that: wonderful pictures and videos entirely dedicated to Malta’s sister island of Gozo, and all captured by a professional photographer. With a following of more than 10,000, followers get an insight into every aspect of this tiny, yet visually-stunning island. Day and night scenes included, the photographer captures clear waters surrounding the island, beautiful churches and tucked-away street scenes to name a few.

The People of Malta

An account with a difference, The People of Malta illustrates Maltese life through its inhabitants rather than scenery, capturing those going about their every day business in a wonderful showcase of young and old, in their work and recreation time. Every picture tells a story, cleverly encapsulating emotions and an array of personalities if the form of an artistic project, the success of which has also been reproduced as a book.

“We’re “the rich man, the middle man and the poor man”, or “the good, the bad and the ugly.” What counts is being kind and helpful with others….but be careful. Otherwise, people may take advantage of you. Be kind with those who are worthy of your kindness and goodness. There are many good people don’t trust everyone.” – Facebook.com/thepeopleofmalta

This is no clever play on words, this account is actually dedicated to doors around Malta. With an island full of historical and authentic buildings combined with the contemporary, doors are a real eye-catcher. Take a look at this and you’ll instantly find yourself scrolling through pictures and more pictures of Maltese doors from the majestic to the rustic, and all are strangely attractive. More than 13,000 followers can’t be wrong.

#MaltaDoors . . . Another beauty spotted in Sannat! 💗 doesn’t this one look like it just popped out of a fairytale?? 🌸🌺🌸 // #theHuntforPink #babypink

There’s no doubt about it, the Maltese are cat lovers. The island is inundated with stray cats as well as many families owning more than one as pets. Parts of the island have dedicated cat feeders who specifically go out of their way to see to the stray cats as best they can and ensure they don’t go hungry. Many streets have points where food, water and the occasional pet bed is left out for passing cats, in addition to numerous charities trying to save them. Follow Cats of Malta to see domestic and stray cats in various situations across the island.