6 Musicians You Need to Know From Malta 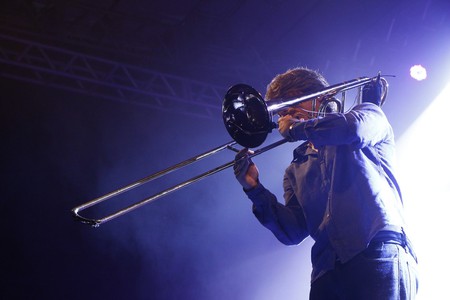 Not to be underestimated, the small island of Malta has quite a music scene. There are those with unbounded talent yet to be discovered out of the island, as well as artists recognised worldwide in their genre. Whether playing in small venues or selling out stadiums, there is definitely a broad spectrum of musical abilities in such a tiny location. Here is just a glimpse of the variety of musicians Malta offers.

With a family of talented musicians behind him, percussionist Joseph Camilleri holds a BMus (Hons) degree in Music from the Institute of Contemporary Music Performance in London. With his father a percussionist with the Malta Philharmonic Orchestra and his late grandfather a well-known jazz pianist, Camilleri has followed well in their footsteps. After initially learning classical piano he then went on to be taught percussion by his father, attending master classes organised by admired drummers such as Ron Savage and Asaf Sirkis. Camilleri divides his time between playing several gigs annually across Malta and teaching percussion at the Johann Strauss School of Music in the capital of Valletta.

Classical guitarist Evan Plumpton has been in the business for over three decades. Studying for a Masters Degree under the director of Malta’s Philharmonic Orchestra, he is also a registered guitar tutor. With a career embracing both classical and folk music he also uses his talents to teach rock, pop and bass guitar. Performing regularly around the island, he has also played at the President’s palace and with the Philharmonic Orchestra.

With a mere 17 members, The Big Band Brothers came to fruition in 2005. Formed by percussionist and singer Daniel Cauci, their initial idea was to produce energetic music while at the same time having fun. Over the years their following has rapidly grown as they continue to push the boundaries of their music. Ensuring they enjoy every gig means that their entertaining performances (often described as ‘musical mayhem’), along with their music style, attract audiences of all ages. With an ever-growing social media following, The Big Band Brothers continue to take their audiences by storm, across the island and beyond.

Performing both as a soloist and accompanist, Dr Lydia Buttigieg is an accomplished musician as both a pianist and a harpist. Graduating from the University of Malta with a B.A (Hons) in piano performance, she went on to gain a fellowship diploma from the London College of Music, before gaining a PhD in musicology from the University of Durham. It comes as no surprise that Buttigieg is in high demand across Malta, particularly at weddings where her heavenly harp playing captivates audiences to listen in silence.

Representing Malta in the Eurovision Song Contest 2016 (the closest Malta has ever come to winning), Ira Losco is an urban pop singer influenced by Joan Jett, The Cure and Joy Division and for the last decade has been Malta’s top female artist. Having toured in over 17 countries worldwide, Losco has won over 20 awards from the music industry and it is not surprising that her most recent tour quickly sold out. She has played alongside world renowned artists such as Bob Geldof, Elton John and Duran Duran to name but a few, however, with her own band, she has also played to audiences of up to 80,000.

Maltese born Ozzy Lino was raised in Australia and later returned to his home island of Malta. He began singing at a young age, attending the Johann Strauss School of Music in Valletta, going on to join The Green Valley Young Peoples’ Choir once settled in Australia. Releasing his first album in 2003 and his second in 2007 gained him popularity in Malta and now his latest single has been released worldwide, available on over 170 music platforms including Spotify and Amazon. He is also known as the Random Passenger, a name given to him after a recording of an impromptu performance on the Frankfurt subway went viral. Viewed over 140 million times, this performance, where he casually takes over a rendition of ‘Kiss’ by Prince gained Lino the Frankfurt Tourism Award in 2016.