EUROPE
/
MALTA
/
VALLETTA
/
Things to Do

13 Reasons Why You Should Visit the Maltese Capital Valletta 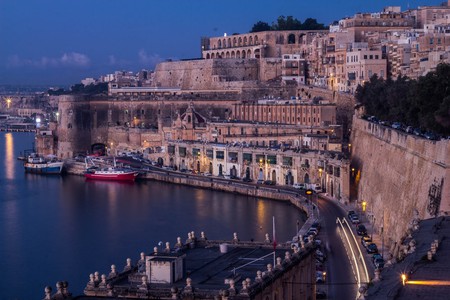 Malta’s capital of Valletta may be the smallest capital in the European Union, but it is still immersed in history, culture and sheer architectural beauty. With facts that could put most other capitals to shame, a trip to Valletta is unmissable. Here are 13 reasons why.

Have a Drink at The Pub

Easy to find from Valletta’s main street is a little drinking spot, particularly popular with the Brits. But this isn’t just any pub; this place is actually called The Pub. This English watering hole has become well known as it is the place where BAFTA award-winning actor Oliver Reed had his very last drink. Reed passed away at this pub after a heavy drinking session while in Malta filming Gladiator. Attracting visitors daily, the walls are adorned with memorabilia, newspaper clippings and stories of Reed’s antics during his last hours. 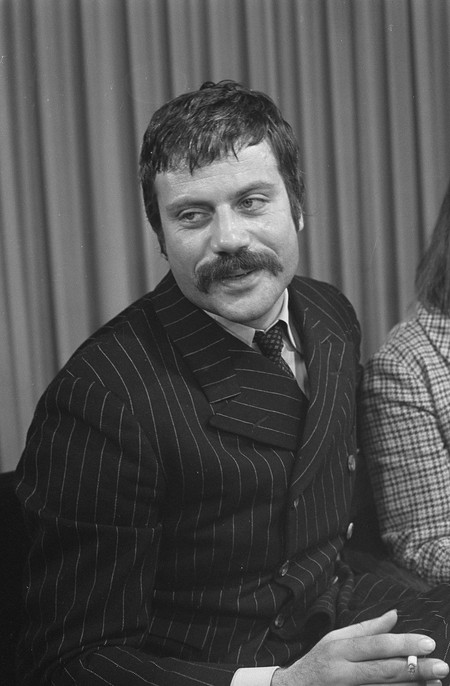 Step Back in Time Among the Buildings

Valletta is described as an architectural jewel, and the buildings adorning the streets of Malta have many stories behind them. If the 25 jaw-dropping churches are not enough, there is the masterpiece of St John’s Co-Cathedral, built during the reign of the Knights, baroque buildings, opulent palaces, ornately landscaped gardens and majestic theatres at every turn. 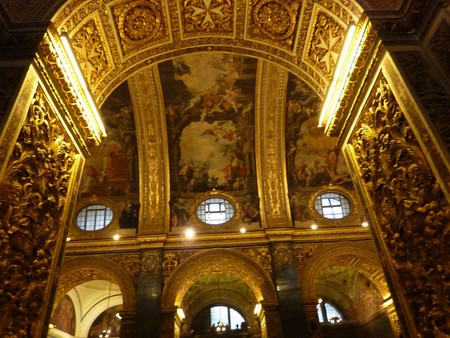 Find Out When It’s Midday

Looking out over the Grand Harbour and facing fortified cities is Valletta’s saluting battery. For 500 years, this battery protected the capital from naval attacks and is quite possibly the oldest saluting battery in the world that is still in operation. Excluding public holidays, see the saluting battery in operation daily, with a brief commentary starting at 11’45am followed by the firing at 12 noon. Sharp. 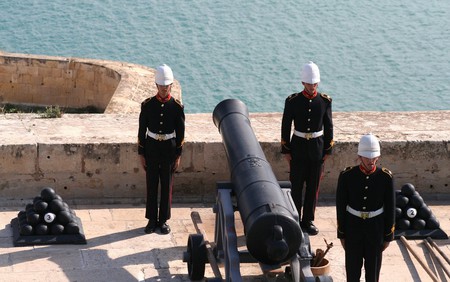 The Capital of Culture

Valletta is the European Capital of Culture 2018. Formally selected four years previous, Valletta, as with previous selected capitals, has been given plenty of time for the capital to prepare and plan for such a prestigious title. Helping to boost tourism and raise its international profile, Valletta will showcase its own diversity and cultures, celebrating to the world that despite its size, what a proud capital it is. With the opening week commencing 14th January, the whole year promises to be a celebration of Valletta’s values.

Opened in 2012, the Upper Barrakka lift is an experience in getting from the Grand Harbour to the Upper Barrakka Gardens. The 25-second journey takes you up and down a height of 58 metres. The quickest route from the waterfront to the city. Open from 7am to 10pm daily and carrying up to 21 passengers at a time, it will be the best one euro spent in Valletta. 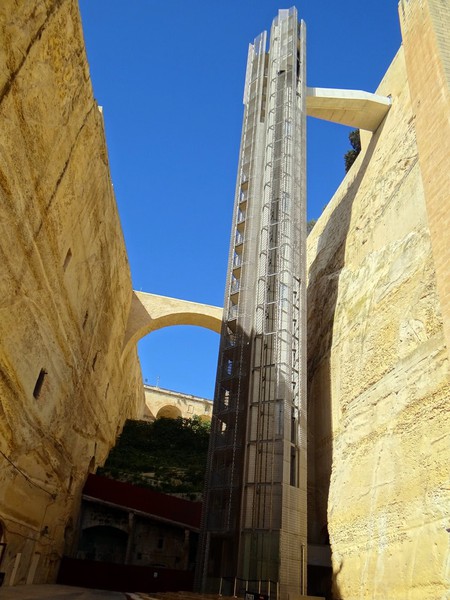 From small studios where you can see local artists at work to magnificent galleries holding masterpieces, Valletta is undoubtedly the home of some of the greatest art worldwide. The National Museum of Fine Arts includes paintings, silverware and multi-medium statues from well-known local artists and artists with international acclaim alongside collections of works from the likes of Turner, Ribera and Bierstadt, and the biggest collection of work by Mattia Preti on public display. 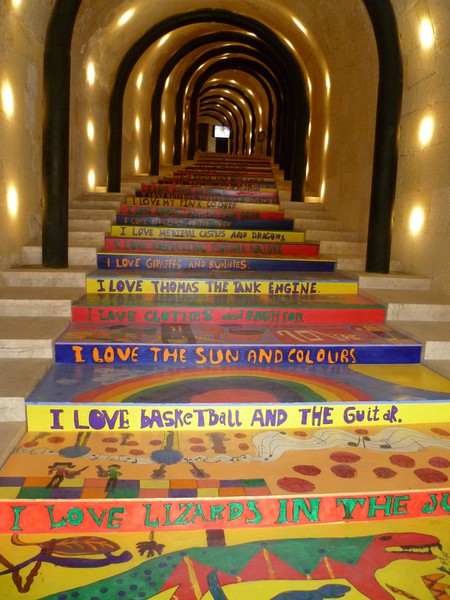 A Walk On the Wild Side

Between the 19th and mid-20th centuries, Valletta’s most famous street, Strait Street, was the hub of the island. Crowded with locals and American and British Military men, Strait Street provided live music, bars, dancing and ‘ladies of the night’, and even a bit of cross-dressing. Bringing all classes together in nightly celebrations, the street became referred to as ‘The Gut’ by the British. Today, this street still bears original buildings but behind the external walls lay restaurants, contemporary bars and places to stay mingled in with the residents. 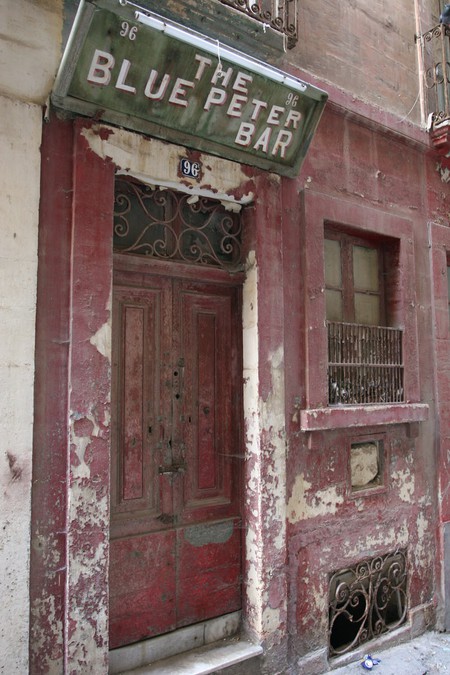 Catch a Show in Style

Financed by the Knights of Malta, the Manoel Theatre was built in 1731. After surviving (practically untouched) both World Wars and acting as an air raid shelter, the theatre remains one of the oldest theatres in the world still in operation. With many of its original features still intact and both its interior and exterior oozing elegance, today you can enjoy a number of genres including operas, pantomimes and recitals. 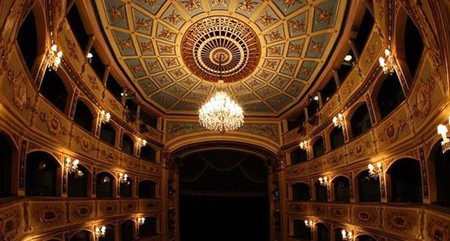 Valletta is awarded United Nations Educational, Scientific and Cultural Organisation (UNESCO) status. Holding a wealth of culture entwined with history, the city has 320 monuments depicting its numerous rulings by the Phoenicians, Greeks, Carthaginians, Romans, Byzantines, Arabs and the Order of the Knights of St John. A key location, playing a vital role during World War II, this small capital of a mere 80 hectares has been described by UNESCO as ‘one of the most concentrated historic areas of the world’.

There is certainly no shortage of places to eat in Valletta and unlike other capitals, there are eateries to suit all pockets. From grabbing a date cake from a local kiosk to some delectable fine dining, meander through the streets and find the perfect place to grab a bite to eat. Boasting a vast range of different cuisines, you’ll find some of the best places just minutes away from the main pedestrianised street. Less crowded and off the beaten track, there’s some impeccable places tucked away where least expected. 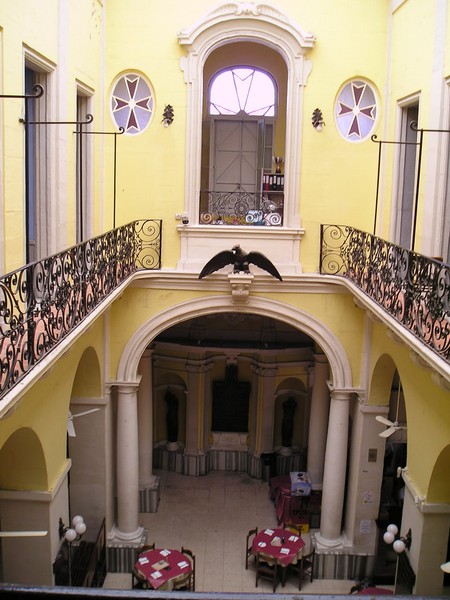 Absorb History in Its Fullest

Museums, museums, museums. Valletta gives visitors the opportunity to take in its vast history in stages. A budding historian’s dream, the range of museums, both indoor and out, gives a first-hand insight into the trials and tribulations and indeed the celebrations Malta has experienced. Set an agenda to travel through time and visit museums such as the history of Malta’s postal service, the Lascaris War Rooms, Archaeology, The Grand Masters Palace, The Great Siege and the Knights Hospitallers.

Although many a shop in Valletta can be found on many high streets Europe-wide, there are some that are quite unique. Aside from the run-of-the-mill souvenir shops, there are places to pick up handmade crafts sourced from all over the island and exclusive to Malta, such as clothing hand-knitted in Gozo, Maltese lace and filigree jewellery. From made-on-the-premises chocolates to rich smelling soaps, you’ll be sure not to come away empty-handed. Besides, who can resist a jar of prickly pear jam? 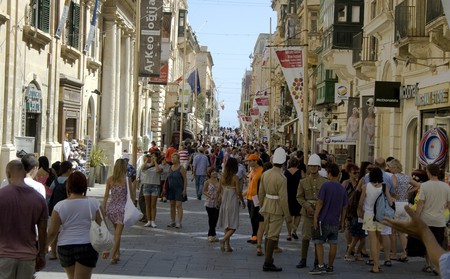 A little different than the boat tours to neighbouring islands through the azure waters of the Mediterranean, but equally as awe-inspiring, is a boat tour of the Grand Harbour. From this natural harbour, you can experience views that can only be witnessed close-up by boat. Visit the three fortified cities of Cospicua, Vittoriosa and Senglea, all of which played major parts in the Great Siege. Visit monuments and creeks and have the pleasure of relaxing and taking everything in with a professional commentary along the way. 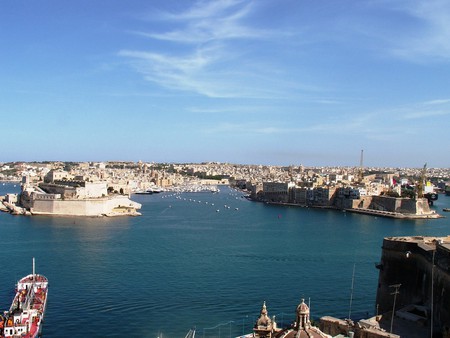 The Grand Harbour | © Pedro/Flickr
Give us feedback