11 Epic Places In Malta Every Local Is Proud Of 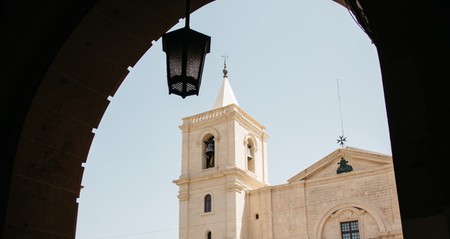 With a central location in the Mediterranean and its outstanding history, Malta offers both amazing views and places of interest with a difference. Here are just 11 epic places the locals are proud of.

Discovered in 1902 during construction work, this underground burial site is said to date back to circa 4,000 BC. An area of excavated chambers built in the rock, this site not only is the resting place of approximately 7,000 people, but also boasts a glimpse of the short lives spent there. The walls still display symbol painting in red ochre, carvings, pottery, beads and amulets common with megalithic temples. Today, this labyrinth is a UNESCO World Heritage Site and only allows 80 pre-booked visitors a day. 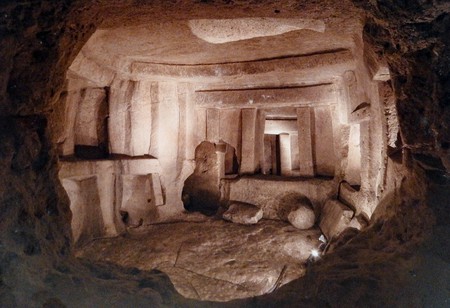 The Top of the World

Gharghur is one of the smallest and oldest villages on the island, remaining rustic and reasonably untouched. It’s only two square kilometres and set back from busier neighbouring villages due to surrounding agricultural areas. Among the narrow streets, Gharghur boasts statues, a chapel and an old bakery that still has decorations dating back to the Arabic period. Surrounded by valleys, the hilltop village boasts amazing views from a low defence wall built in the late 1800s known as the Victoria Lines. Although this wall winds through several neighbouring areas, it is from Gharghur you will find stunning views known locally as ‘the Top of the World’.

Located centrally in Mosta is the Parish Church of the Assumption, more commonly known as Mosta Dome or Mosta Rotunda. Built in 1860, this church is dedicated to the Assumption of Our Lady. Attracting visitors daily, Mosta Dome is not only recognised for its beauty and size, but also the unique story relating it to World War II. On April 9th, 1942 when nearly 300 people were attending mass, a 200kg bomb fell through the dome and failed to explode. Amazingly, nobody at all was harmed. 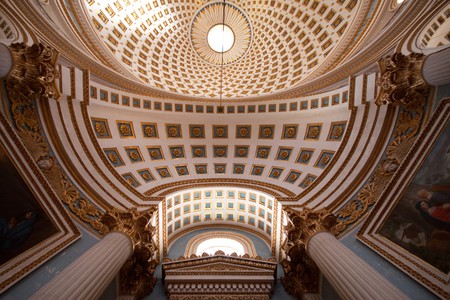 The Sanctuary of Our Lady

When travelling through the northern village of Mellieha, there’s no missing the beautiful square that is home to the Sanctuary of Our Lady. The main parish church of the square was built by the parishioners themselves in the 19th century. The sanctuary itself dates to the 16th century and was originally a monastery. Extended several times to cater to the growing number of parishioners in the area, the sanctuary is also said to have been visited by St Luke and St Paul when they became shipwrecked on the island. It was also visited by and blessed by Pope St John Paul II in 1990.

On the south-west of Malta lies the Blue Grotto, several sea caverns located a short boat ride from neighbouring Wied-iz-Zurrieq. The stunningly clear waters reflect every shade of blue imaginable. A perfect location for divers and boat-trippers alike to experience a small part of the world below the surface of the Mediterranean. 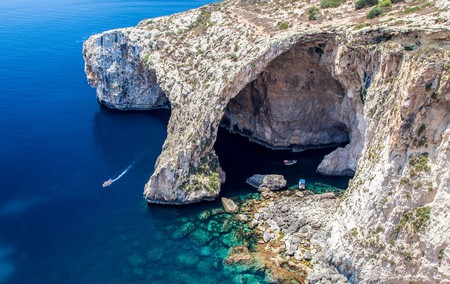 Probably the best location to witness a sunset on the island, Golden Bay is not only a beautiful swimming area but has adjacent countryside to enjoy too when the weather turns a little colder. Being a west-facing bay, the sunset is nothing short of wondrous when accompanied by the sound of waves. Watch in awe as the sky turns a glorious orange as the sun sets over the island and darkness creeps in.

The Silent City of Mdina

Escape from everything and step back in time to the authentic fortified area called Mdina. Proudly referred to as the Silent City or Noble City and founded 4,000 years ago, it remains the home of some of Malta’s most dignified families. Mdina boasts Baroque and medieval architecture, and its restriction of cars makes it an ideal place to stroll, take in the beauty and relax uninterrupted. Take a walk through its striking entrance and be prepared to be frozen in time. 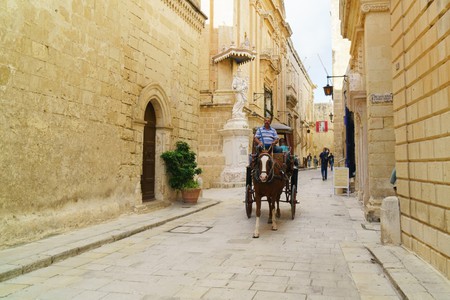 Located at the capital of Valletta, the Grand Harbour was used as a main port dating back to medieval times and possibly earlier. From this natural harbour, you can combine the history of the harbour itself with surrounding sights. Enjoy unspoiled views of the Three Cities (Cospicua, Vittoriosa and Isla) along with Forts Angelo and Ricasoli on one side and the Pinto vaults on the other.

A ferry ride from the north of Malta will take you to its neighbouring sister island of Gozo. Being home of the Basilica, Ta’ Pinu is something both Maltese and the more local Gozitans are certainly proud of. Recently undergoing extensive restoration work, this church attracts visitors worldwide on top of its normal service times. Legend has it that back in the 16th century, the church was set to be demolished, but as the very first workman took his pickaxe to it, his arm instantly broke. The church remained, and following stories over the years have led it to be named the Church of Miracles with its walls adorned with letters of gratitude. It remains to this day a place of pilgrimage. 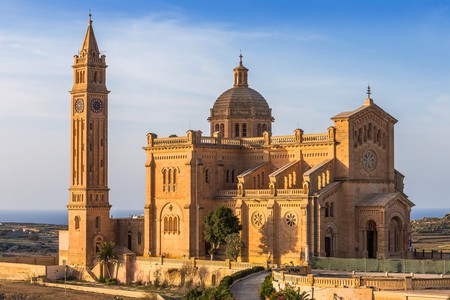 The Basilica of the National Shrine of the Blessed Virgin of Ta’ Pinu, Malta | © Zoltan Gabor/Shutterstock

With its lavish baroque interior, St John’s Co-Cathedral was built in 1573–1578 by the Order of the Knights of St John. Behind its less intriguing façade lies an interior spelling out wealth. With artistic marble flooring depicting angels and skeletons, each part telling a story, Flemish tapestries and two original Caravaggio paintings, it is understandable why locals are proud to have such a masterpiece situated in their capital. 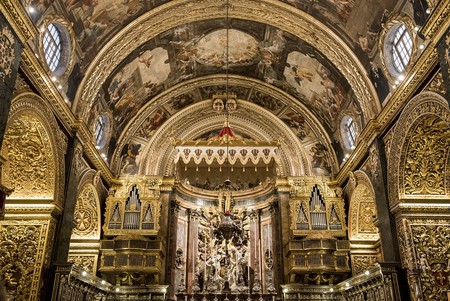 Probably one of the most photographed areas of the island was the Azure Window in Gozo. A huge natural limestone structure endured over 500 years of being hit by rain and sea, and formed a weather-beaten idyllic view when looking through it. In 2016, due to continuing erosion, visitors were not permitted to walk across the arch. In March 2017, during strong storms, the Azure Window collapsed, sending heartbreak across the island. 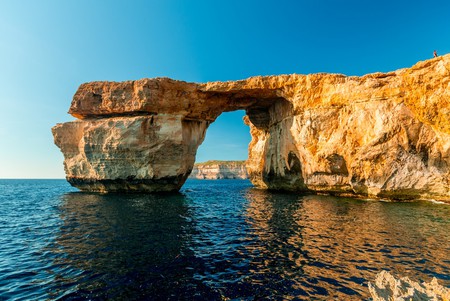