10 Classic Dishes From The Island of Malta

Maltese cuisine is typically Mediterranean in that it relies heavily on locally available produce such as tomatoes, honey, olives and other vegetables. Culinary influences include a mixture of Sicilian, French and North African cuisines, although British occupation has also left its mark: locals very much enjoy their tea served with a splash of milk. Here are ten of our favorite Maltese dishes that have come to represent the island and its rich cultural heritage.

The irresistible smell of authentic home cooking is hard not to notice when walking through the narrow streets of a typical Maltese village before midday. Up until half a century ago, Maltese women would leave their broths to cook slowly unattended on their small paraffin stoves from mid-morning.

Is-soppa tal-armla is considered to be the most traditional Maltese soup. It used to be made by poor widows from the cheapest vegetables as a warm and healthy alternative to rich protein meals. Its contents tend to be green and white vegetables, potatoes, carrots, beans, peas, cauliflower and others, all mixed together with tomato paste (locally: kunserva).

In Malta, soups were not always meant to be a starter – very often, they were intended to form a nutritious meal by themselves, and, frequently, the soup would be eaten again for supper with a poached egg, to make it more substantial, or served with a ġbejna (a small Maltese cheese), often made by the widows themselves.

The lampuka (also known as the small dorado, dolphinfish or mahi-mahi) is a shimmering silver and golden fish that swims between Malta and the sister island of Gozo from the end of August until the beginning of November, before making its way towards the Atlantic. The Maltese are very fond of their lampuki, and when in season, it is very likely that you’ll hear lampuki vendors roaming the streets with their small vans yelling: Lampuki ħajjin! This literally translated to mean ‘they’re alive!’, emphasizing the freshness of the fish. Fresh fish tend to have clear eyes and red gills.

This popular fish can be cooked in a variety of ways: either shallow-fried or oven baked and generally presented with a rich tomato sauce mixed with capers, onions, olives and fresh herbs. However, a local’s favorite way to cook lampuki is to make pie with it – combined with spinach, olives and any other ingredients that a Maltese housewife might have in the kitchen. As local recipes are usually handed down from mother to daughter, not every family’s recipe is the same.

If you’re visiting Malta in season, make sure you try out a lampuki pie from Busy Bee in Msida. For the catch of the day, visit the Ix-Xlukkajr restaurant in the quaint fishermen’s village of Marsaxlokk. 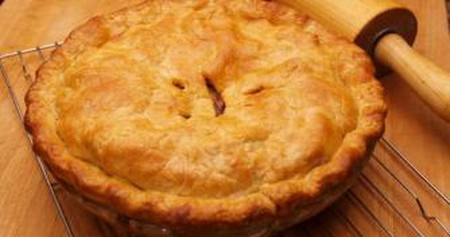 The timpana is definitely not a good choice for the weight-conscious. The recipe is thought to be adapted from Sicilian cuisine and is – let’s be honest – macaroni enclosed in a pastry. Traditionally, the dish was prepared for a Sunday meal, but this was during a time when women were still taking their large trays of food to the communal ovens in the village bakeries.

The timpana is nowadays prepared as an entrée for Christmas lunch, followed by turkey. It is prepared with penne-shaped pasta, blended in a rich tomato and minced meat sauce, mixed with eggs and cheese. Finally, the whole mixture is wrapped in a shortcrust pastry and topped off with a flaky puff pastry. 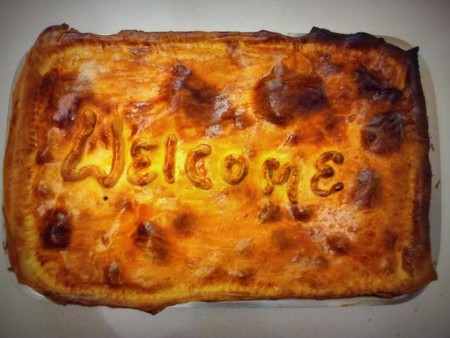 Pastizzi (singular, pastizz) are the most popular savory snack on the islands. They must have already been much loved in the 18th-century, as naval documents from then refer to referred to cheesecakes and pastries, very similar to modern day pastizzi.

Pastizzi look like croissants, but are rolled in a flaky pastry, stuffed with either salty ricotta or mushy peas. They’re typically bought from little tuckshops or pastizzerias, nestled in almost every corner of every village.

The most famous pastizzeria in Malta goes by the name of Crystal Palace (in Rabat, Malta) – known to the locals as Tas-Serkin, which is the owner’s nickname. The shop’s popularity isn’t just due to the fact that they make the best pastizzi, but because the shop is always open. This is convenient for young clubbers who frequent nearby discos, and pop by for a late night (or early morning) snack.

Make sure you enjoy your pastizzi with a classic cup of tea or a bottle of Kinnie (Malta’s very own tangy orange flavored soft drink).

Rabbit meat was relatively affordable during the Middle Ages and was considered the ‘beef of the lower classes’. In fact, both rabbits and hares were hunted in large quantities until prohibited by the Knights of St John in order to safeguard the island’s meager resources. The dish became popular after the lifting of the hunting ban in the late 18th century, and today it is a rabbit recipe that claims the title of ‘national dish’.

A fenkata would typically consist of two courses – the first dish would be a huge bowl of spaghetti tossed in a rabbit ragu, wine and herbs. The second dish would be the actual rabbit meat cooked in a similar sauce, served with peas and fries. One of the most authentic places to try fenkata is United Bar in Mġarr (Malta). 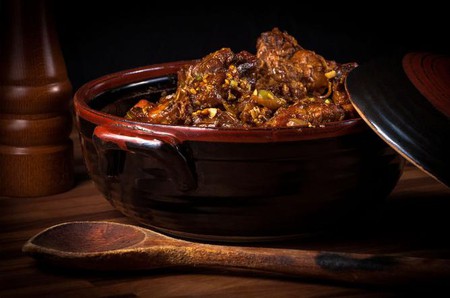 The Maltese menu does not contain many sweet dishes and desserts, since main courses were usually followed by fresh fruit or local cheeses, such as ġbejniet. The desserts we now know tend to be borrowed, and the majority are similar to those served in Sicily.

The honey ring is a traditional Maltese sweet, widely associated with the Carnival and Christmas time. It is a ring pastry filled with qastanija, a mixture of marmalade, sugar, lemon, oranges, mixed spices, cinnamon, vanilla and syrup.

This dessert dates back to the 15th century, and is still widely enjoyed by locals, usually served with a round glass of wine or a warm cup of tea. They are not very difficult to make, but do require quite plenty of time and patience to prepare. Qagħaq tal-Għasel can be bought from any grocery shop or local confectionery, although Caffe Cordina in Valletta is widely acclaimed as the best place to sample the gooey treat. 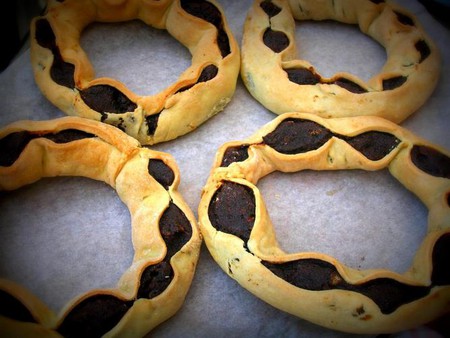 The 18th-century Maltese were poor and bread was considered the most important food – in fact, some pensions were even paid in bread. Thus, in order to save their food, they left stale bread to soak, and turned it into a sweet pudding by adding some sultanas, candied peel and chocolate to sweeten up the taste. Today, this delicacy is considered too time-consuming to make, and unfortunately becoming less and less popular.

In continental European countries, such as Germany, France and Belgium, the traditional Christmas log (or Buche de Nöel) is made out of an Italian sponge cake, coated in chocolate. The Maltese version, however, consists of crushed biscuits, dried cherries, nuts and liqueur, mixed together in condensed milk, then rolled in the shape of a log and coated in melted chocolate. It is refrigerated overnight, and served in round slices at the end of Christmas lunch.

Most Maltese used to fast by denying themselves meat on Wednesdays and Fridays. They also avoided sweets. The kwareżimal (derived from quaresima for the forty days of Lent) is synonymous with the Lenten season. Although recipes tend to vary, it is traditionally prepared with almonds, honey and spices, containing neither fat nor eggs. As a biscuit, the kwareżimal is quite large oblong shape, approximately 15cm by 5cm wide and 2cm thick.

Even though Lenten rules are no longer insisted upon, the kwareżimal is still in demand, especially around Lent and Easter periods, as tradition dictates. These days, they are served hot, and should be enjoyed with unsalted pistachio nuts or chopped roasted almonds on top, or a thread of local honey. 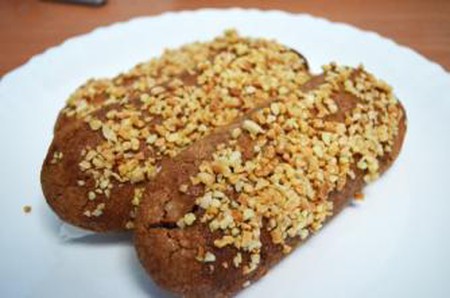 The kannoli are simply deep-fried pastry tubes filled with sweetened ricotta, sometimes candied peel, and icing on top. They are generally served in the finest cafés on the island. At Fontanella in Medina, they are served only on Sundays and public holidays. 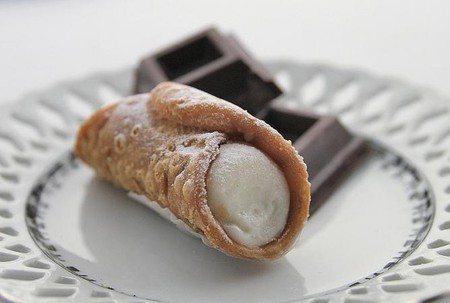