10 Best Things to See and Do in Mellieha 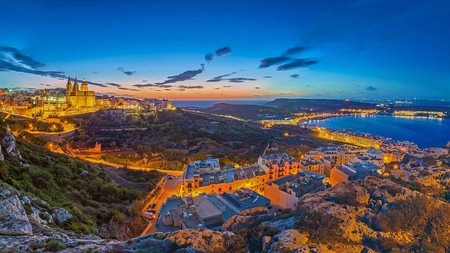 Mellieha is the northernmost town in Malta. Unless you are specifically visiting the island’s largest sandy beach or actually staying in Mellieha itself, it is often dismissed as a place to visit. If travelling to Gozo you’ll pass through Mellieha to get to and from the ferry terminal. Like other Maltese villages, Mellieha is well worth visiting and at least worth a day of your time.Here’s just 10 reasons to pop by.

Buy a Palace at Selmun

A small district of Mellieha, Selmun is often dismissed by visitors and often not known about at all. Overlooking the area is Selmun Palace, built by the Knights of Malta during the reign of Grand Master Manoel de Rohan. Used as both a hunting lodge and noble residence, it not only had acres of grounds attached to it, but also boasted views across Mellieha and beyond. Later used by the British as a naval hospital during the Maltese rebellion against the French. In more recent years, the Selmun Palace Hotel was built adjacent to the palace, but running at a loss it eventually closed n 2011. Now left uninhabited and unattended, the building is beginning to see the ravages of time and is presently for sale…if you a spare few million euros. 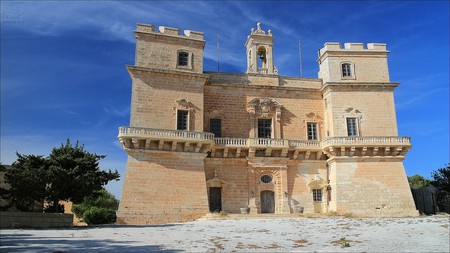 Relax on the Largest Sandy Beach

Għadira Bay, or Mellieha Bay, not only has the largest sandy beach on the island, but is also one of Malta’s 12 beaches that have been awarded with Blue Flag status. This popular tourist spot with shallow, clear waters that stretch out for almost a mile has plenty of facilities on hand. Sun loungers and umbrellas can be hired, refreshment kiosks are open all day, wheelchair accessibility has been installed and numerous water sports take place. Stroll a little farther along the beach to catch boat trips to Comino and the Blue Lagoon.

Family-owned and run Zozi’s Bar and Restaurant is set away from the main village of Mellieha in Ghadira Bay. Specialising in Maltese food with a ‘Mediterranean twist’, everything is cooked by ‘Mama’. As well as a fixed menu, the restaurant also offers daily specials based on what is in season. Using recipes handed down from generation to generation and vegetables cultivated in the family’s field, you won’t taste fresher. Experience a friendly and welcoming family atmosphere accompanied by scenic views along with probably the best food in Mellieha. 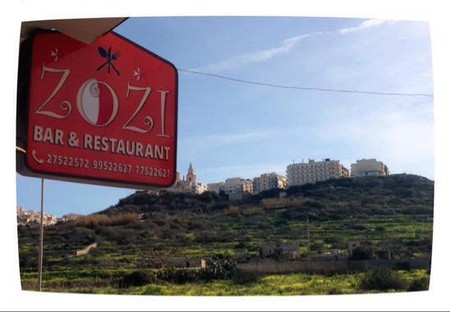 Enjoy the Sun With the Locals

Comprising two beaches (Armier Bay and Little Armier Bay), this place is much quieter and set in a rural area of Mellieha. Frequented predominantly by locals, there’s the opportunity to hire a sunbed and umbrella or enjoy an equal amount of space dedicated to people who bring their own towels to relax on. With a refreshment kiosk on hand serving drinks, ice creams and hot and cold food, there’s no need to worry about taking your own. As with other Maltese beaches, the waters are clear and remain shallow for quite some distance. The bays’ locations can mean they’re quite a walk from the nearest bus stop, so it’s best to visit by car.

Visit the Film Set of Popeye

1980 saw the release of Popeye the film starring Robin Williams and filmed in Malta. Nearly 40 years on, the set still stands as a major tourist attraction. Wander round Sweethaven and experience first-hand the village of crooked buildings looking out over the Mediterranean. Now with swimming pools, sunbathing areas, boat trips, dining areas, a couple of gift shops and plenty of entertainment from the animators included, Popeye Village is a perfect place for all the family to spend the best part of a day. 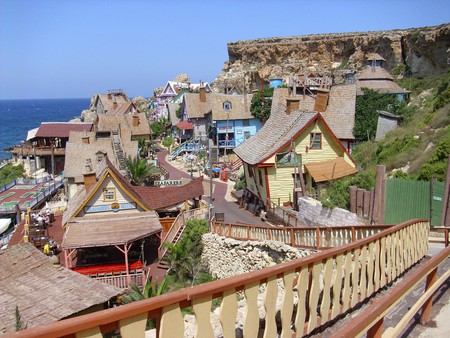 Visit the Church in the Square

Located in Mellieha’s main square is the Parish church, built between 1883 and 1898. Using Maltese stone from a nearby quarry, each piece was carried to the site by people classed as peasants at the time. The church is dedicated to the Birth of Our Lady. When the first stone of the church was laid it was blessed by the parish priest, Reverend Francis Maria Magri and again blessed by Bishop Pietro Pace on completion. The neighbouring Sanctuary of Our Lady was constructed in the late 16th century, and extended in following years as the population of Mellieha grew. 1990 saw Pope John Paul II blessing the sanctuary while visiting Malta, photographs of which remain on display inside.

A few steps away from Mellieha’s Parish Square, you’ll find one of the largest WWII underground air raid shelters on the island. Open to the public daily, the small doorway leading in is quite misleading to what actually lies behind. The tunnels, which have a depth of 12 metres and stretch for over 500 metres, were completely hand-dug. A main corridor leads to separate rooms that had many uses, such as a maternity room and a room for valuables which remained guarded during the war. Protecting the Mellieha community and refugees, more ‘well-off’ families were able to apply for a license to dig their own separate room. With sound effects and mannequins, the shelters today make a wonderful visitor attraction and at the same time provide a cool break from the sunshine outside. 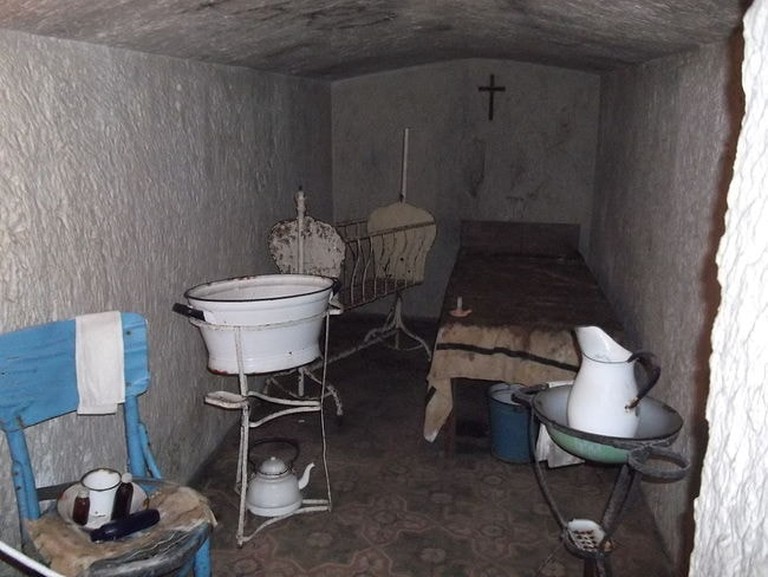 Be at One With Nature

Għadira Nature Reserve sits opposite the beach, a seven-acre land of salt marshes and a large lake. Open every weekend between November and May, it provides visitors with the best times of year to see Malta’s wildlife at its best. The reserve is part of Malta’s Birdlife Project and as well as providing the public with locations to see the wildlife they provide rehabilitation for injured birds. With hides open for birdwatchers and photographers and wild flowers popping up as early as February, this is also an ideal location to spot some lizards scurrying through the undergrowth. Run by knowledgeable volunteers who are only too happy to answer your questions.

Across the main road from Mellieha shelters is this tranquil and captivating grotto. Accessed through a small gateway and down a flight of steps, this place often gets walked straight past by visitors unaware of what sits beneath their feet. A place of pilgrimage, the rear walls are lined with handwritten letters of gratitude and prayers. A perfect place to sit in silence, light a candle and collect your thoughts. 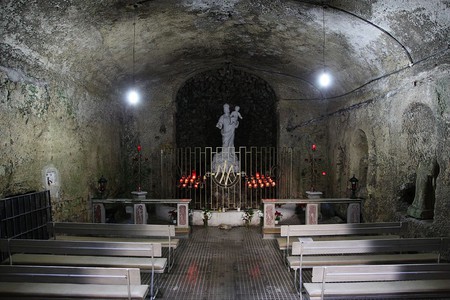 Standing tall on St Marfa’s Ridge, Mellieha, is St Agatha’s Tower, more commonly known as the Red Tower due to it’s painted color, which remained during its restoration process. This watch tower, protecting the straits between Malta and Gozo, was built in 1649 when the island was under the rule of Grand Master Jean Paul Lascaris Castellar. Dedicated to St Agatha, the tower houses a small chapel and originally had two extra rooms used as the sleeping areas for its 49-man garrison. The tower’s distinct colour, location and four turrets make it visible across Mellieha. 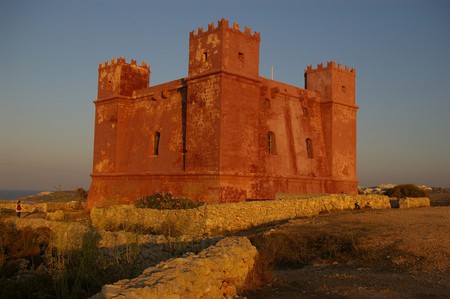 The Red Tower | © Captain.orange/Flickr
Give us feedback