One of the most underestimated destinations in the Balkans, Macedonia is a nation of ancient cities, beautiful mountains and lush forestry. The country’s location among some of Europe‘s most stunning mountain ranges, extinct volcanoes and lakes promises natural beauty and breathtaking landscapes. 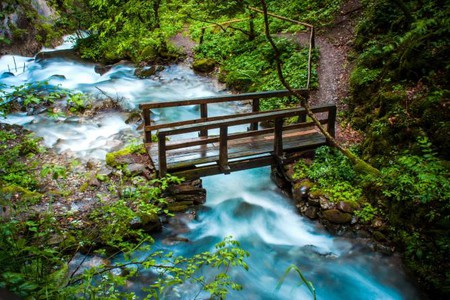 One of Macedonia’s most well-known and beautiful tourist spots, Ohrid is definitely worthy of the excitement it incites among travelers worldwide. Situated on the Albanian Montenegrin border, the tranquil Lake Ohrid was declared a UNESCO world heritage site in 1979 due its diverse ecosystem and jaw-dropping natural beauty. The historical town of Ohrid is nestled on the lake, and boasts breathtaking views over the turquoise waters as well as stunning architecture, including Tsar Samuel’s Fortress dating back to the fourth century. Nowadays, the narrow cobbled streets and quaint orange-roofed homes of the old town blend with the lively restaurant, club and bar scene of the new town, creating a destination which is both historically significant and vibrantly modern. Visitors can spend their days exploring ancient churches and theaters built as early as 200 BC, and can pass their evenings enjoying Ohrid’s variable selection of both traditional and international restaurants and bars.

This small, scenic town lies at the foot of the Maleševo Mountains, and is situated just next to the Berovo Lake and forest, a stunning woodland area perfect for nature lovers, campers and hikers. Aside from its greenery and serene waters, Berovo’s town center is a charming hub of life with a number of quaint restaurants and hotels for visitors looking for a relaxing vacation. Despite its small size, Berovo contains many attractions to keep its visitors stimulated. Such tourist hot-spots include the Monastery of the Holy Archangel Michael, an all-female monastery built in 1815, as well as The Museum of Berovo, containing a number of interesting artifacts from the town’s colorful past. For those interested in taking home some authentic Macedonian products, Berovo cheese is one of the country’s most widely known and loved white cheeses, and is available here by the bucket load. Moreover, the pine oil produced by town residents here is said to be some of the finest in the world; don’t forget to bring some home.

As Macedonia’s thriving capital, and home to around one third of the nation’s population, Skopje is a must-visit city oozing its own eclectic style and urban beauty. With the region having been inhabited since 4000BC, Skopje boasts a long and compelling history illustrated in its diversified architecture, with spectacles here ranging from the Ottoman era Mustafa Pasha Mosque to the Neo-Classical columns and statues of the city’s more recent projects. Home to over 200 statues, walking around the city feels like traversing a sculpture museum, and visitors can view all forms of innovative design, from communist era pieces to daring contemporary artworks. The city’s Old Bazaar, nestled on the East Bank of the Vardar River, was once Skopje’s commercial hub, transformed under Ottoman rule to be the center of commerce and trade, and today a quaint local landmark where visitors can explore a number of shops selling many items. A fascinating city with much to do and see, Skopje is a beacon for urban allure and artistry. 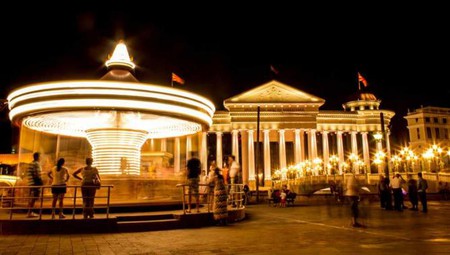 History lovers will know that Macedonia is home to the Mijaks, an ethnic group with a history dating back to the Middle Ages, known for their interesting culture, traditional rural way of life and unique dialect. The mountainous village of Galičnik is today one of the largest surviving Mijak towns, and is one of the only places left in the country in which to view original Mijak architecture, characterized by its highly skilled masonry work, and viewable in the town’s ancient amphitheater. Tucked onto the mountainside and hugged in by woodland and sprawling green pastures, Galičnik is a picture-perfect countryside retreat with a fascinating heritage, a spot appealing to culture buffs worldwide. For a true spectacle, visit Galičnik during its renowned wedding festival; at this time, one local couple are married in a traditional ceremony of singing and dancing, a beautiful custom which immortalizes the town’s past and preserves its distinctive customs.

Decidedly cozier than Ohrid, Struga lies on the same breathtaking lake, yet has less of a touristic vibe. In the past, when Ohrid was Macedonia’s cultural and religious center, Struga was known only as a trading city and a hub of commerce, thus keeping it relatively visitor-free. This preserved both its beauty and status as a hidden lakeside gem. With the Black Drin river separating the town in two, Struga has a riverside atmosphere similar to that of Amsterdam, with a number of inviting cafés and restaurants propped along the river bank. These venues ensure visitors have a comfortable place to enjoy the surrounding scenery and quiet, laid-back atmosphere. With a number of compelling attractions nearby, including the intricately decorated Kališta Monastery just outside of town, a visit to Struga promises to be just as interesting and aesthetically pleasing as Ohrid, without the hustle and bustle. 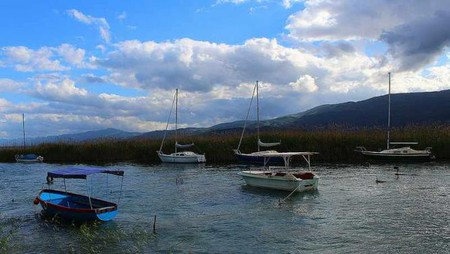 This ancient village, though no longer inhabited, is a prime location for Macedonia visitors interested in history and archaeology. Stobi was once a Paeonian settlement which in 168 BC became a Roman province after the defeat of Persius of Macedone. The city soon became an important center for trade, was transformed into the capital of The Roman Province of Macedonia, and was one of the richest and most well-developed cities in the country. Today it is an important archaeological site displaying the ruins of a number of palaces, streets and churches, as well as an impressively well-preserved amphitheater. Visitors here can marvel at intricate mosaic patterns and stone buildings dating back thousands of years. Situated just outside of Kavadarci, a thriving town where visitors can find a number of shops and restaurants, Stobi makes for a captivating day out for history buffs, and offers a chance to get lost in the secrets of the past.

Tucked into the crater of an extinct volcano, Kratovo is a small town surrounded by mountains, and is famed for its pretty stone buildings, red-roofed homes and winding lanes. The town’s rustic streets and historic architecture perfectly capture Macedonia’s rural charm, and with the Tavacka river running through the city, it is also home to a number of ancient stone bridges connecting the two sides of the water. The impressive surrounding landscape makes Kratovo an ideal location for photographers looking to snap some memorable shots of the country’s iconic beauty. The main square in town is one of the most charming sights for visitors, where they can observe a panoramic view of the town’s attractive buildings, including the six Medieval stone towers built to guard its residents from invaders.

Lying on the Vardar River, Veles is a traditional town whose main industries are in silk and porcelain production. A town under the Bulgarian empire before its capture by the Serbians, the city’s architecture and infrastructure displays a range of influences, and is a testament to Macedonia’s multiplex history. The old town of Veles is particularly alluring, with its steep hills, winding streets and customary wooden houses providing a captivating and authentic picture of Macedonian life. With its beautiful clock towers and churches built into the mountainside, Veles is a prepossessing city where visitors can explore the birthplace of prolific literary figure Kočo Racin, the poet and author credited as being the founder of modern Macedonian literature.

Mavrovo is a region containing the beautiful Lake Mavrovo as well as Mavrovo National Park, Macedonia’s largest national park. Home to a sizeable forest as well as a a number of waterfalls, streams, and the country’s highest peak of Mount Korab, this area is one famed among climbers and hikers, and is also a popular skiing resort. The village of Mavrovo is hidden among these extraordinary surroundings, thus promising to be an unforgettable place to stay whilst visiting Macedonia. Visitors can sit in one of the town’s few local restaurants and sip a coffee whilst overlooking the pine and birch forests of the area, before setting out on a day of outdoor adventure. Mavrovo is a perfect destination for those looking for an active vacation in peaceful and striking surroundings, and it is also home to several beguiling historical churches and buildings.

With a history dating back to the Bronze age, Tetovo is another city bursting with cultural allure. One of Macedonia’s larger towns, Tetavo lies at the foot of the Šar Mountain range, which stretches from the north-west of Macedonia to Albania. With the mountains in the background, visitors here can wander through the charming city streets or take a stroll along the the banks of the Pena river, marveling at the original stone bridges built by the Illyrian tribes. Not only is Tetavo aesthetically pleasing, set against a rugged backdrop of mountains and hills, it is also home to a diverse and unique culture; many of its residents are immigrants from Albania, and many languages, including English, German and French, are widely spoken.