The 10 Most Beautiful Travel Destinations In Macedonia

Due to its lack of coastline and inland location, Macedonia is often overlooked as a holiday destination and is widely unvisited even by the most seasoned travelers of Europe. Yet with its UNESCO world heritage national parks, dramatic mountain ranges and the captivating Lake Ohrid, the country is home to some of the continent’s most jaw-dropping scenery, as well as a host of hidden, gorgeous destinations. Here’s our guide to the top ten most beautiful spots to wonder at, and wander around, whilst in Macedonia. 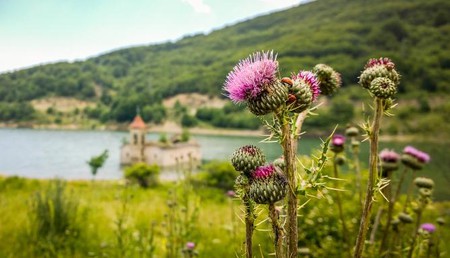 The largest of Macedonia’s national parks, Mavrovo boasts some of the best scenery in the country and is an ideal travel destination for nature lovers. The Mavrovo Mountain peak is the highest in the region, thus the park is also a popular destination for climbers, and it operates as a winter ski resort too, bustling with snowy adventures. Lake Mavrovo stretches out over an expanse of 10 kilometers and makes for some of the country’s best trout fishing, whilst also being a wonderful place to swim, sail and walk. Visitors to the lake should be sure to take some time to marvel at the half-submerged Church of St Nicolas, once left completely underwater by floods in the 1950s before gradually re-emerging to form the mystical sight that it is today. Explorers should bring a tent and spend a few peaceful days enjoying the tranquility of the park’s lush expanse of forests, lake, and craggy mountains. For those who don’t want to rough it, the neighboring village of Mavrova offers a small selection of cozy hotels and restaurants.

The main settlement is situated on the UNESCO world heritage site of Lake Ohrid. This historic town is one of the country’s most interesting, as well as visually impressive, travel destinations. Inhabited since ancient times by the Greek Dassaretae and the Illyrian tribes, the town boasts architecture dating back to the 4th century BC. One of the area’s most fascinating ruins is Samuel’s Fortress, a structure first built during Tsar Samuel’s reign in order to protect the town from invaders during the First Bulgarian Empire. From the winding cobbled alleys and quaint restaurants of the old town to the orange-roofed homes and turquoise waters of the lake, Ohrid is a picture-perfect area alive with things to do and places to see. Come during the Ohrid Summer Festival to experience the town at its most lively. This event draws in crowds from all over the world who come to witness the plethora of theater, music and dance events on offer, all a celebration of Macedonia’s rich social and cultural history. 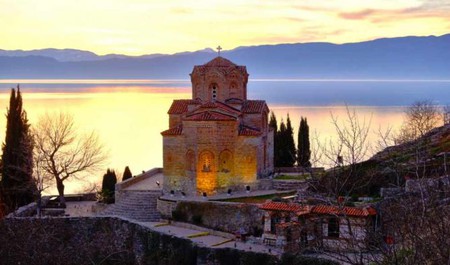 Another of Macedonia’s beautiful cities, Bitola, lies nestled within the Baba, Nitze, and Kajmakčalan mountain ranges. Thus ensuring some dramatic, eye-popping scenery. Largely untouched by the tourist industry, this town is Macedonia’s secret cultural hub, with its refined galleries, museums, restaurants and thriving coffee shop culture making it one of the best places to socialize in Macedonia. From its rock monument Veluška Tumba dating back to prehistoric times, to its neoclassical buildings not unlike the quirky streets of New Orleans, Bitola is a gorgeous melange of architectural styles and is the perfect place to take some great photographs. Home to The Bitola Museum and various beautiful churches and mosques, notably including the elegant Yeni mosque, there is simply no reason not to visit Bitola.

It would be a travesty not to visit the nation’s capital whilst in Macedonia, and Skopje does not disappoint in terms of urban beauty. Situated on the Vardar river, the city is an important European trade center exporting chemicals and machinery worldwide, and it is also beginning to make a name for itself as an international travel destination. Having at one time or another been ruled by the Romans, the Serbians, and the Ottomans, the city’s layout and architecture exude a vibrant, diversified feel which reflects its colorful past. With a landscape incorporating Ottoman-era mosques and the imposing structures of the communist era, visitors can be ensured a lively and compelling tour around the city. Take a wander to the Porta Macedonia, the city’s main square, which is home to the famous Independence Day celebrations every year on September 8th. During this time Skopje comes alive with fireworks, parades, and musical performances. 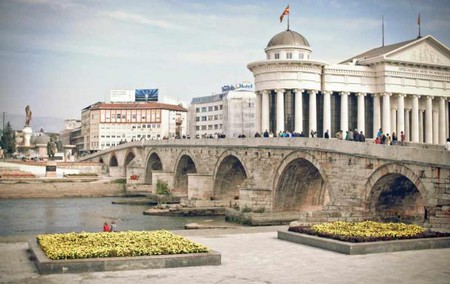 This charming village is situated in the crater of an extinct volcano on the slopes of Mount Osogovo. Known for its bridges and towers built in the Middle Ages, Kratovo is a postcard scene of winding lanes, cobbled streets, and rustic stone buildings. Separated by the Tavacka river, Kratovo was once an important mining town before it became largely modernized, and thus there is a real feeling of nostalgia evoked when exploring the streets here. With some of the friendliest locals in the country, visitors can expect an abundance of helpful historical advice and information, that is if they can understand the unique Kumanovo-Kratovo dialect spoken here.

Renowned for its diverse ecology and hiking trails, a visit to Pelister National Park makes for a great walking holiday. Here hikers can view a diversified range of flora and fauna, and will perhaps be lucky enough to spot a roe deer, a wild boar or a red-billed chough. A celebrated ski resort alongside Mavrovo, Pelister is an intimate destination and a great spot in which to take advantage of 1172 meters of vertical descent void of the crowds of other popular ski resorts. As well as gorgeous natural camping grounds, there are a number of hotels dotted around the park and Bitola is only 30 km away, meaning that visitors can split their time between the urban buzz of the city and the refreshing natural beauty of the park.

Lying on Lake Ohrid, but without the hustle and bustle of its main town, Struga enjoys the picturesque lakeside scenery without the crowds. With its mild climate and relatively quiet beaches, holidaying in Struga feels magically like a seaside retreat within a country that doesn’t have a coastline. With a number of lake watersports on offer as well as a good choice of inexpensive hotels in the pleasant town center, this is a place in which to sit back, relax and enjoy the surrounding forest and mountain scenery within the comfort of a typical Macedonian town. The Black Drin river divides the city and thus provides the perfect setting for a number of little cafes and restaurants which border its banks.

The ruined town of Heraclea Lynkestis has a fascinating past and is thus a must-visit for history lovers. Founded by the Macedonian King Phillip II in the fourth century BC, this ancient ruined town was conquered by the Greeks and soon became an important Hellenistic stronghold. The town was then named after the Greek mythological hero Hercules, son of Zeus, before being taken over by the Romans in the second century BC. The empire split the country of Macedonia into four parts, and one of the main Roman roads connecting the sections ran through Heraclea. It thus became an important center of trade and commerce, and many Roman buildings were erected here by emperor Hadrian. The town then went on to be ruled by the Byzantine empire before falling into disrepair and becoming ruined. Nowadays tourists can wander around an ancient Roman theater used during the rule of Antoninus Pius, and can explore intricate Byzantine mosaics. A trip to this town makes for a riveting day out steeped in Macedonian history.

For adventurers and nature enthusiasts, the Matka canyons stretch over 5,000 hectares of land and provide some of the best canyoning adventures in Europe. Not only does the complex include 10 natural caves ideal for exploring by foot or by climbing, it is also the site of a number of Medieval buildings, including ruined monasteries as well as the remains of the ancient town of Matka. With its glass-like turquoise waters and craggy gorges, the Matka Canyon offers easily some of the best scenery in the country and beyond, and with the rustic, chalet-style Canyon Matka Hotel and Restaurant on hand to provide traditional Macedonian cuisine and hospitality, visitors can be ensured a place to rest and refuel after their excursions.

This sleepy fishing village is another of Lake Ohrid’s hidden gems. Situated at the point of Macedonia which is closest to Albania, visitors can enjoy a culture here rich with the influences of both nations, and can even hop across the border for a wonderfully varied traveling experience. Calm, tranquil and picturesque, Radožda offers a taste of real Macedonian rural life and history, with the town first having been mentioned in historical documents between 1342 and 1345. The Saint Archangel Micheal Church makes for an excellent day out, having been built into a mountainside just above the village centuries ago. A true piece of untouched paradise by the lakeside, visitors should be sure to put this town on their list and experience the authentic lifestyle, food, and culture of its native people.