Is Macedonian One of the Oldest Languages in the World? 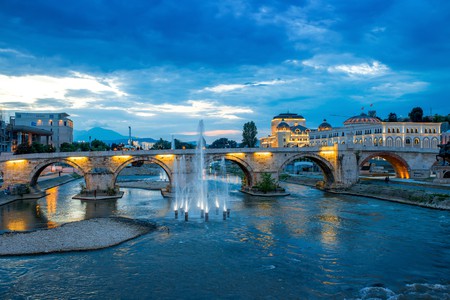 There is little doubt the language spoken by Macedonians is an old one, though the question of its classification has provoked fierce arguments. Some claim Macedonian isn’t really a language—just a Bulgarian dialect—while others argue that it shouldn’t even be called ‘Macedonian’ at all (because that’s also the name of a region in northern Greece). Rest assured, though: here to wrestle with the tough questions and unpack the language’s history is Culture Trip. 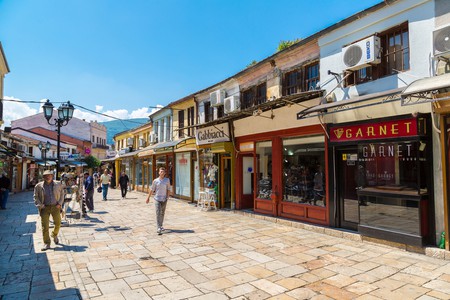 Skopje, the Macedonian capital, is a fascinating place. The surrounding flora feels Mediterranean, although the country is landlocked. The important buildings—or the buildings that you are made to think are important—look Greek. Next to them are other kind of edifices, ones that will seem familiar to anyone who has traveled in formerly communist Eastern and Central Europe. And plastered on those buildings and among that Mediterranean flora is the one concrete marker telling you you’re in a Slavic country: Cyrillic alphabet. 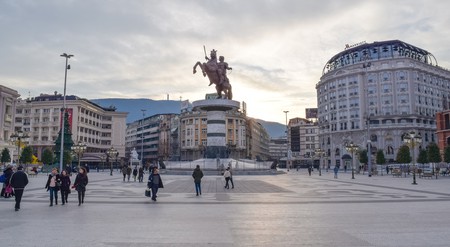 In Skopje you can also find a statue of the man who created an early version of Cyrillic, and posthumously lent his name to it. Among white columns and bronze, toga-clad kings and warriors, there are two bearded figures who look distinctly religious, holding symbols to prove their position: a stylized shepherd’s crook and a book. These two men are the Saints Cyril and Methodius, venerated across the Slavic world because of the services they paid to the language and the people who speak all of its variants. 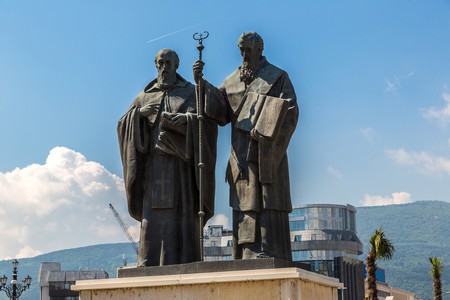 Nowadays, experts tend to group the Slavic languages into three branches: the Eastern branch, which includes Russian, Ukrainian, and Belarusian; the Western branch, comprised of Czech, Slovak, Polish and a number of minority languages; as well the Southern one, the languages of former Yugoslavia (Slovenian, Croatian, Serbian, Bosnian, and Montenegrin) plus Bulgarian and Macedonian. When Cyril and Methodius walked the earth in the 9th century, however, these languages had only barely begun to differentiate.

These two eventual saints, who came from the area around Thessalonica in what was then the Byzantine Empire, were given a gargantuan task: Christianize the Slavs of Moravia. If that name today corresponds to the southeastern half of the Czech Republic, back then it designated a territory that stretched from southern Poland to western Hungary. Being Slavs themselves, the two monks were well equipped to mingle with their northern counterparts. They were also able to do what none of the northern Slavs had even attempted: translate the Bible into a language that would be understandable to the unconverted masses. 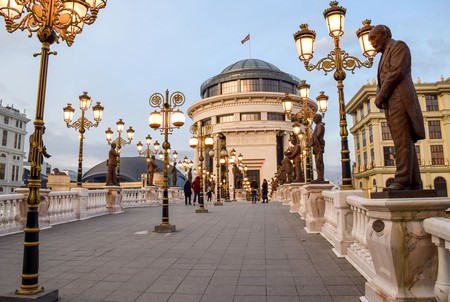 Architecture and buildings of Skopje, one of the several towns that can be easily visited in one day from Kosovo | © Authentic travel / Shutterstock

No version of the Slavic language had been codified, though, and writing it down first required the creation of a language able to capture its sounds. They did this with the Glagolitic alphabet, which appears runic, or even Tolkien-esque, to modern eyes. This would eventually be shaped into the simpler but similarly useful Cyrillic alphabet, which is now the standard in many countries across the Slavic world, including the former Soviet Union—also today’s Macedonia. Using that fascinating precursor to Cyrillic, they wrote down a language now known as Old Church Slavonic.

The language that Saints Cyril and Methodius codified and used for their translation of the Bible was essentially the language they spoke, which at that time was mutually intelligible—although likely not the same dialect—with Moravian Slavic. It’s difficult to put a name to this dialect, however. The saints were Slavs from Greek Macedonia, not from the country now known as Macedonia. Nor were they from what is now Bulgaria. Of course, when you’re talking about the 9th century, you have to remember that any two Slavs from those three places would have been able to understand each other. 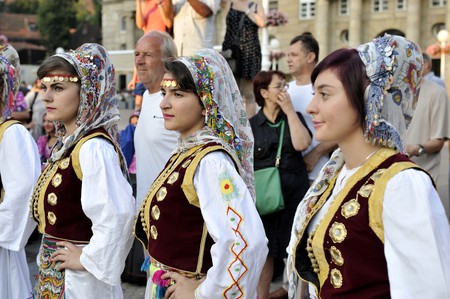 In the centuries since, the Slavic languages have developed to the point where a Macedonian visiting Moravia would probably just about be able to pick out a couple of items on a menu, and not much more than that. A Macedonian in Bulgaria, however, would be able to do much better. The languages are so similar that Bulgarians do not universally recognize Macedonian as their own language, some preferring instead to refer to it as a dialect of Bulgarian. In fact, for a long time the people living in what is now Macedonia would have said the same thing themselves. They referred to their language as Bulgarian, although it was different enough that by the 19th century, fierce disagreements had erupted upon attempts at a unified codification. Bulgarian intellectuals nonetheless ended up rejecting all compromise of a unified Macedo-Bulgarian language. 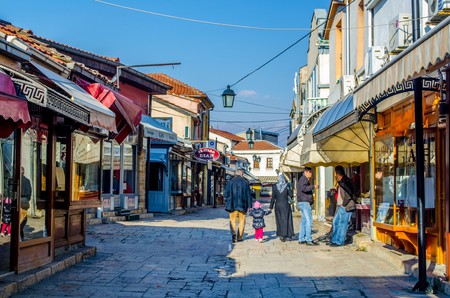 People are walking through the old town of skopje which consist of many narrow streets full of shops, restaurants and even marketplaces | © trabantos / Shutterstock

When trying to answer the question of which language gets to claim Old Church Slavonic as its direct ancestor, the most correct answer would perhaps be both Macedonian and Bulgarian. After all, the two of them occupy their own branch of the Slavic linguistic family tree. They both retain elements long lost from other Slavic languages—articles, for example, also the way the two deal with verbs. Their lexicon bears a resemblance to East Slavic languages like Russian, even though their geographical origins should place them closer to South Slavic languages like Serbian.

Macedonian and Bulgarian developed differently from other Slavic languages, a process that started right around the time when Cyril and Methodius chose to write down their native dialect. When Old Church Slavonic came into being, there was simply one language, whereas there are now two.

To some, a look around Skopje might call to mind stolen symbols, like the Greek columns or the two saints. Although no one disputes its status as an independent country, political battles still simmer around Macedonia, although you’d never suspect it when you’re walking through the capital, heading toward Cyril and Methodius. Did they walk along the river where their statue now stands as they made their way up to Moravia? They wouldn’t have called the area home, but in this case the Macedonians—and the Bulgarians, and even the Greeks—can certainly lay some claim to them. 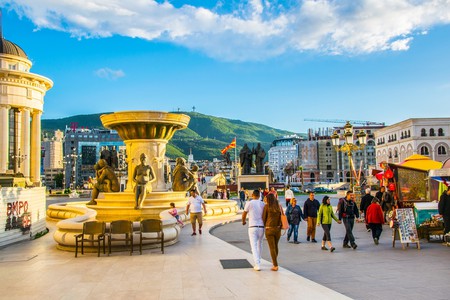