How To Make the Most of 24 Hours in Skopje, North Macedonia 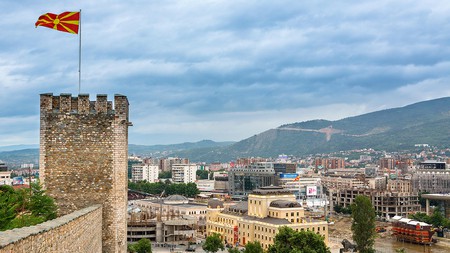 Skopje is becoming an essential stop on any Balkan itinerary. Though it’s certainly worthy of a longer stay, a day in Skopje is just enough time to get a feel for the North Macedonian capital and start planning your next visit. 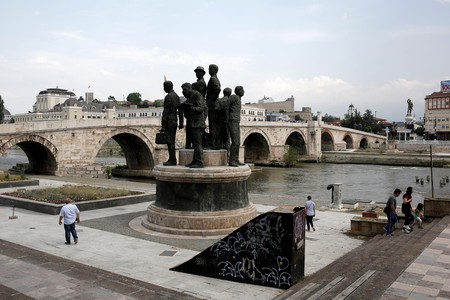 With beginnings in the 3rd century BC, Skopje has seen civilisations come and go, each leaving their mark on the city. Now the energetic capital of North Macedonia – a country home to canyons, forests, vineyards, and over 1,000 churches and monasteries – Skopje has no shortage of fascinating sights to fill a day in town. Visitors should prioritise exploring the city’s historic Old Bazaar, discovering the art scene, and devouring burek.

Zdravo (hello), Skopje! Start the day the truly local way, at a pekara (bakery). There is nothing more delicious than a fresh piece of burek – a traditional pastry with cheese or spinach, combined with yogurt. If you want to be amazed by how many varieties exist, head to Silbo, but any local pekara will do the job. For something a little healthier, give Markt a try for fresh smoothies, sandwiches and salads and plentiful breakfast options. 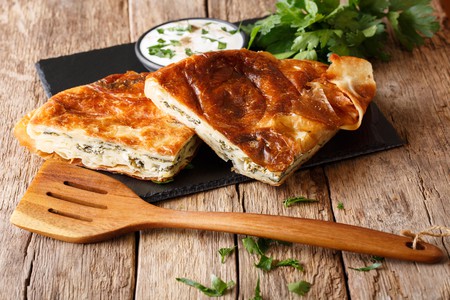 Once you’re full, it’s time to stroll. Passing the beautiful Stone Bridge – considered a symbol of Skopje – you will reach the Old Bazaar, where you can discover traces of Skopje’s Ottoman past. The Old Bazaar is the real heart and soul of Skopje. One of the biggest bazaars in the Balkans and Skopje’s key trading centre since at least the 12th century, the Old Bazaar’s cobbled streets are lined with craft workshops, jewellery shops, bakeries and excellent souvenir opportunities. Try a traditional Turkish coffee or tea in one of the many cafes in this historic part of the city, such as Nargile. An additional plus is the wafting aroma of popular Turkish treats – baklava with pistachios is just one such delight on offer. 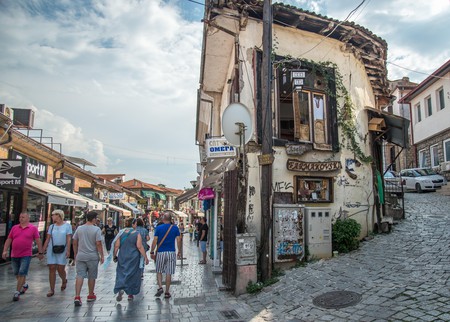 If you want to take a closer look at the area’s impressive Ottoman architecture, visit the Daut Pasha Hamam – once a bath house and now the home of the National Art Gallery. Marvel at the works of Nikola Martinoski – considered a founder of contemporary Macedonian art – and count the 13 domes that adorn this architectural artifact. If you get a chance, peak into the rose garden of the Mustafa Pasha Mosque.

After some extensive exploration, it’s lunch time, and the perfect moment to try another local favourite – kebapi. These sausage-shaped minced beef kebabs are served with pita-style bread and raw onions, usually served with a glass of cold beer. Try them at Tourist or Destan in the Old Bazar.

Continuing the theme of culture and history, looming over the Old Bazaar there is one landmark that’s hard to miss – the Contemporary Art Museum, which is built in the late modernist style. Art aficionados should head here for insight into contemporary North Macedonian art, while the panoramic view will delight even the most reluctant gallery visitor. A short walk away is the Kale Fortress, which dates back from as early as the 6th century and boasts the highest altitude in the city proper (and hence excellent views across the centre). 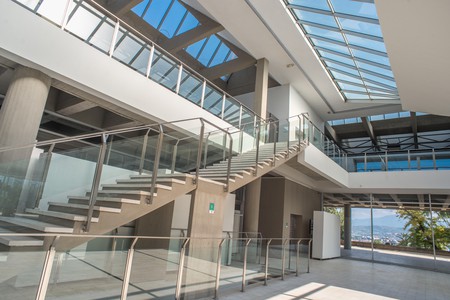 Time for a battery recharge. Skopje is known as a coffee-drinking city, with a cup of coffee, either alone or with friends, being a key daily ritual. Having already sampled the best of traditional coffee culture, why not get a taste of the coffee scene’s more contemporary edge at Coffee Factory? With a few locations around the city centre, you’re never far away from a branch of this much-loved local chain. With minimalist decor channelling industrial chic vibes, your caffeine fix is guaranteed to come with a side of relaxation.

The evening is the perfect time to explore Debar Maalo – Skopje’s bohemian neighbourhood, which boasts an array of bars and restaurants and is the city’s premier nightlife district. Start off at Radio Bar, a former garage transformed into a bar, with electro beats and a hip crowd. Grab a drink by the bar or join the crowd outside on a warm evening. If Radio Bar proves to be too crowded, no worries – Kotur is just a short taxi ride away. This multimedia space is all about good vibes, good people and good cocktails. Their signature cocktails are not only to die for, but educational – as you are drinking, you just might learn a thing or two about North Macedonian cinematography, as the cocktails are all named after famous local movies. Attracting a creative crowd in search of ‘alternative’ culture, Kotur may surprise you with a screening of a classic movie, a concert or exhibition.

Once you’re in the mood, it’s time to head out into the night and discover Skopje’s dining scene and late-night offering. Minimalist Three Kitchen & Bar is a hip restaurant-bar with a drinks list to impress and an Italian-inspired menu. After dinner and drinks, head upstairs to Klub1212 for sets by local and international DJs.

To carry on the party after hours, there’s nowhere better than Balet. Something of a Skopje institution, here rock music keeps on playing until 3-5am, with DJs or live bands providing the soundtrack – a fitting spot to reflect on your day in Skopje over a beer, or something stronger.