The Top 10 Things To See And Do In Luxembourg City

The Top 10 Things To See And Do In Luxembourg City

Vianden castle © Frans Berkelaar/Flickr
Luxembourg City is a charming combination of ancient and modern, local and global, simplicity and luxury. This lovely city offers an intriguing blend of history, culture, art and natural landscapes. With many of the European Union offices and departments hosted in Luxembourg City, there is a real multicultural perspective to this city.
Luxembourg is known for its picturesque scenery © Flavio Ensiki / Flickr

The Old Town of Luxembourg

Casemates du Bock are quite easily accessible beneath the former castle, Montée de Clausen. The Bock Casemates is a 17 kilometer long tunnel, initially carved out of the rock by the Spanish between 1737 and 1746. Being a shelter for more than 35,000 locals and thousands of soldiers during the WWI and WWII, the casemates is known for its historical importance in Luxembourg. Consisting of atmospheric passages, different levels and impressive rock stairways, the historic tunnel of Casemates is a UNESCO World Heritage Site. 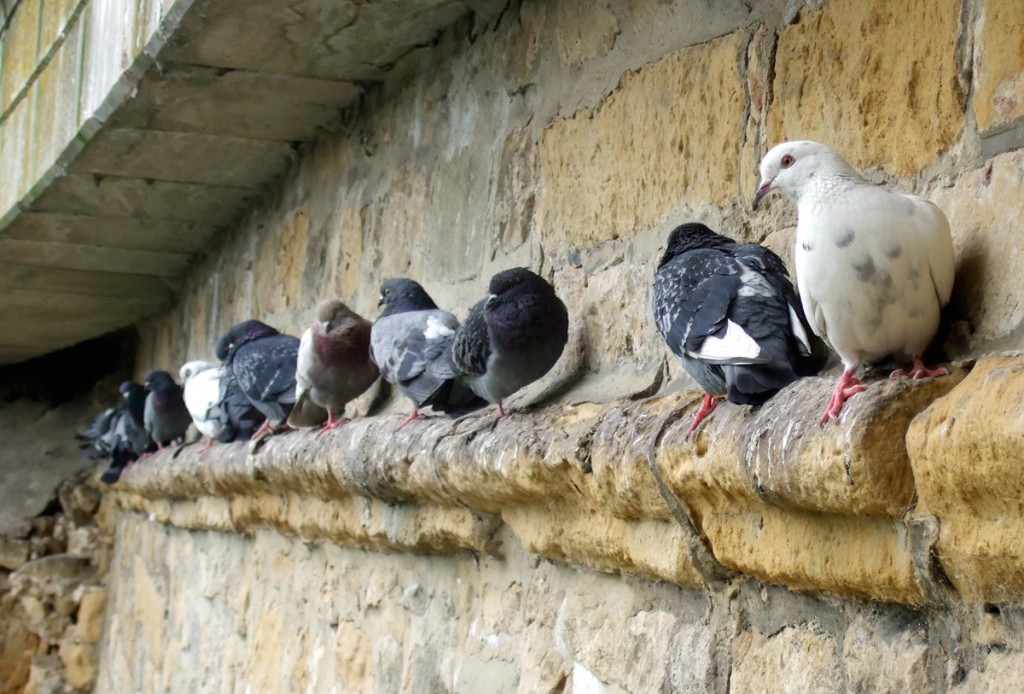 As the original residence of the Grand Duke and the royal family, Palais Grand-Ducal in Luxembourg City is a spectacular piece of architecture, built in the 16th Century during the Flemish Renaissance. The palace’s interior design appears to be an exquisite combination of a variety of styles; a delicate interplay between romantic and medieval-gothic styles and industrial light designs by the German industrial designer, Ingo Maurer. 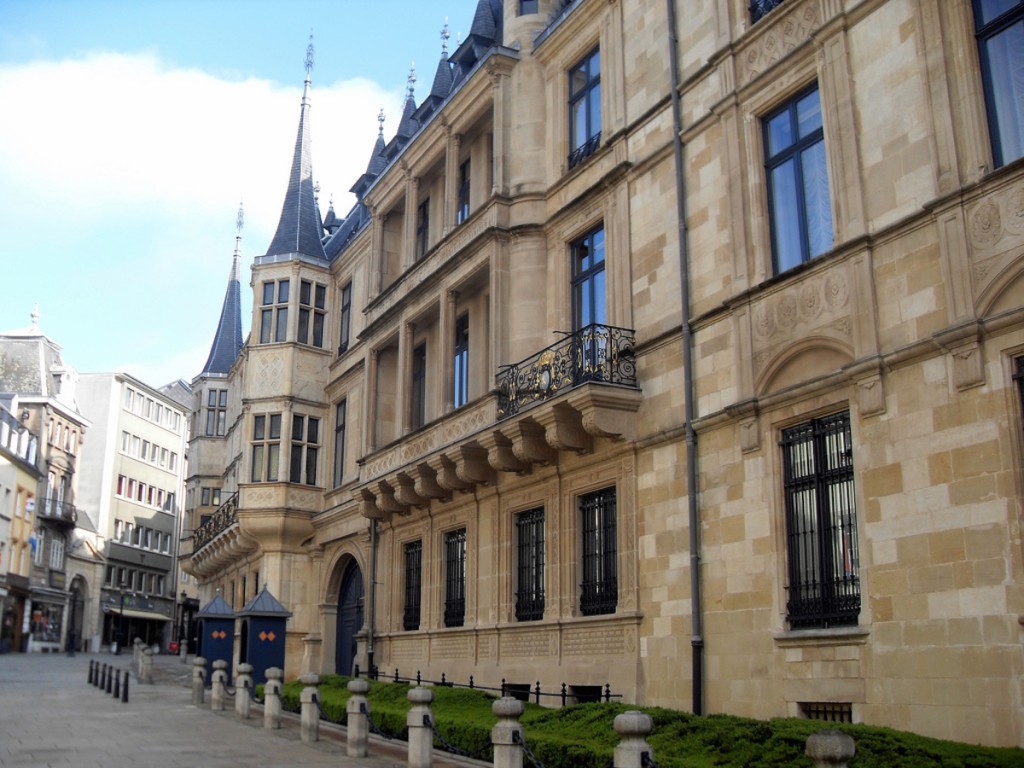 Museum
The collection of the Museum consists of photographs, postcards, ceramics etc. | © Jason Roberts / Flickr
The Luxembourg City History Museum is housed within a group of four renovated 17th Century houses. The museum reflects upon not only the history of Luxembourg as a city and a nation, but also the architectural diversity and development of the city and its population since the 10th century. As well as a variety of interactive cultural programs and events, the collection at the History Museum consists of photographs, postcards, ceramics, topographical models and attestations to urban development, as well as a variety of special exhibits used in daily life.
More Info
Open In Google Maps
14 Rue du Saint Esprit, Luxembourg, District de Luxembourg, 2090, Luxembourg
+35247964500
View menu
Visit website
Visit Facebook page
Send an Email
Give us feedback

In the city of Vianden, the Château de Vianden is characterized as one of the most breathtaking castles in Luxembourg. Built between the 11th and 14th centuries, this castle is one of the largest feudal residences of the Gothic periods in Europe. The main parts of the castle were the chapel and the large and small palaces constructed between the end of the 12th and the first half of the 13th centuries. Restored in 1977, it is considered a monument of European importance. 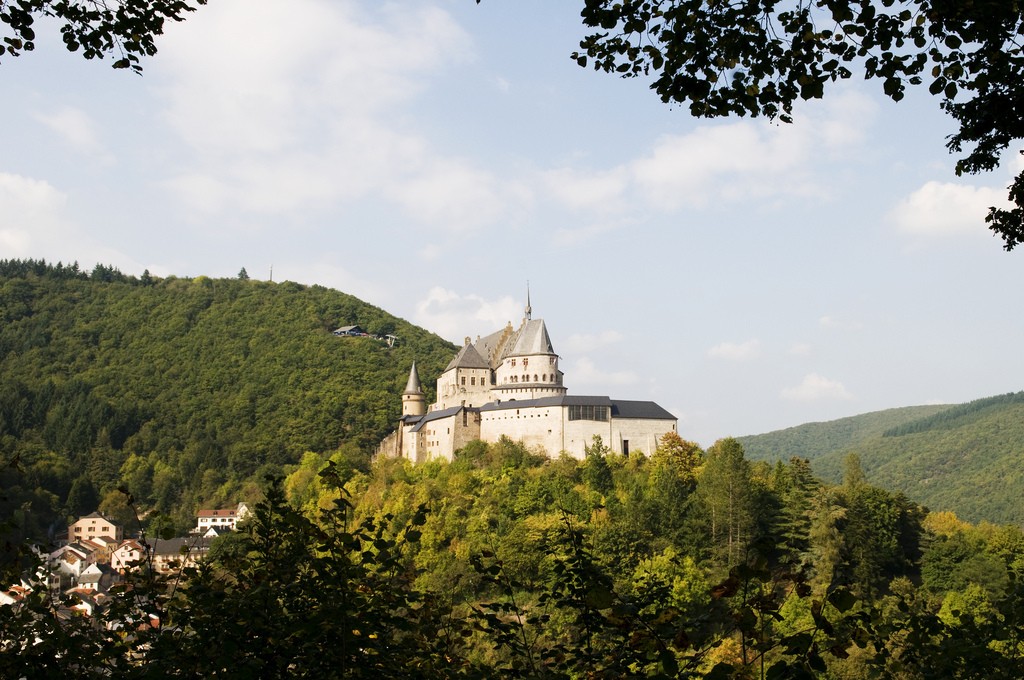 Château de Vianden is characterized as one of the most breathtaking castles of Luxembourg. © Anna & Michal / Flickr

The cathedral Notre Dame was built in the 17th Century, between 1613 and 1621, by the Jesuits. The baroque-inspired north gate of the cathedral seems to be the most memorable part of this imposing building which is embellished with luxurious details of attractive stained glass from the 19th and 20th centuries, modern sculptures and a tiny Madonna-and-Jesus child statue above the altar. The graves of the royal family are located in the crypt, safeguarded by two lions designed by Auguste Trémont. 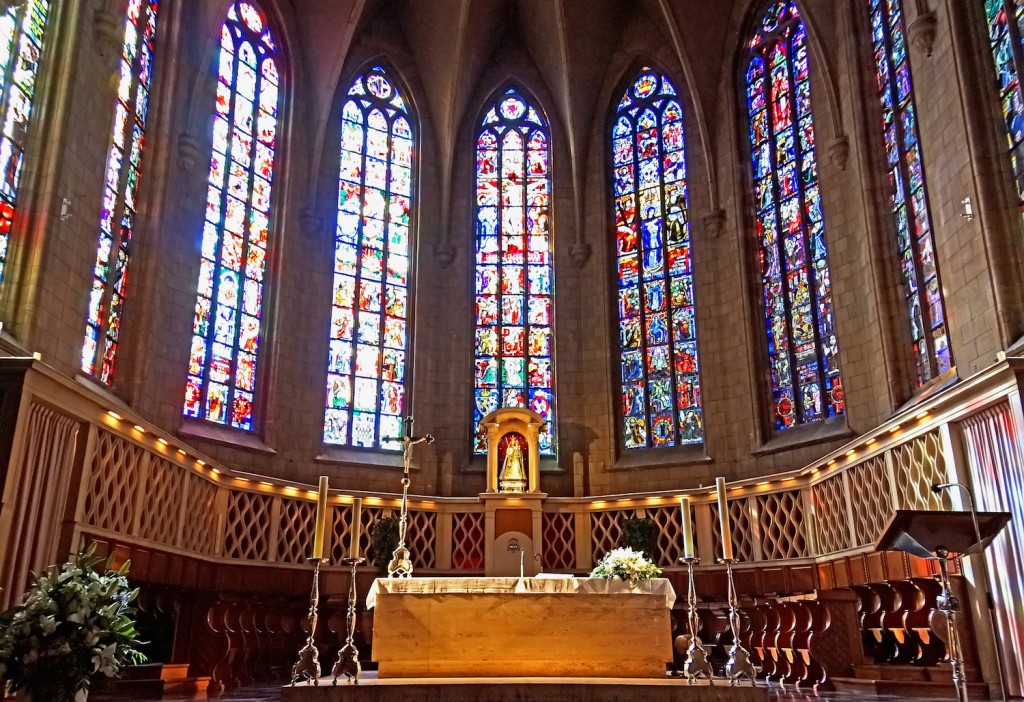 The Philharmonic of Luxembourg is the concert hall of the Orchestre Philharmonique du Luxembourg. Representing the multicultural character of Luxembourg, this outstanding piece of contemporary architecture hosts great conductors, soloists and orchestras from all over the world. The remarkable quality of its acoustics and the close collaboration with significant and well-known musical personalities has made the Philharmonic Luxembourg known as one of the best concert halls in Europe. 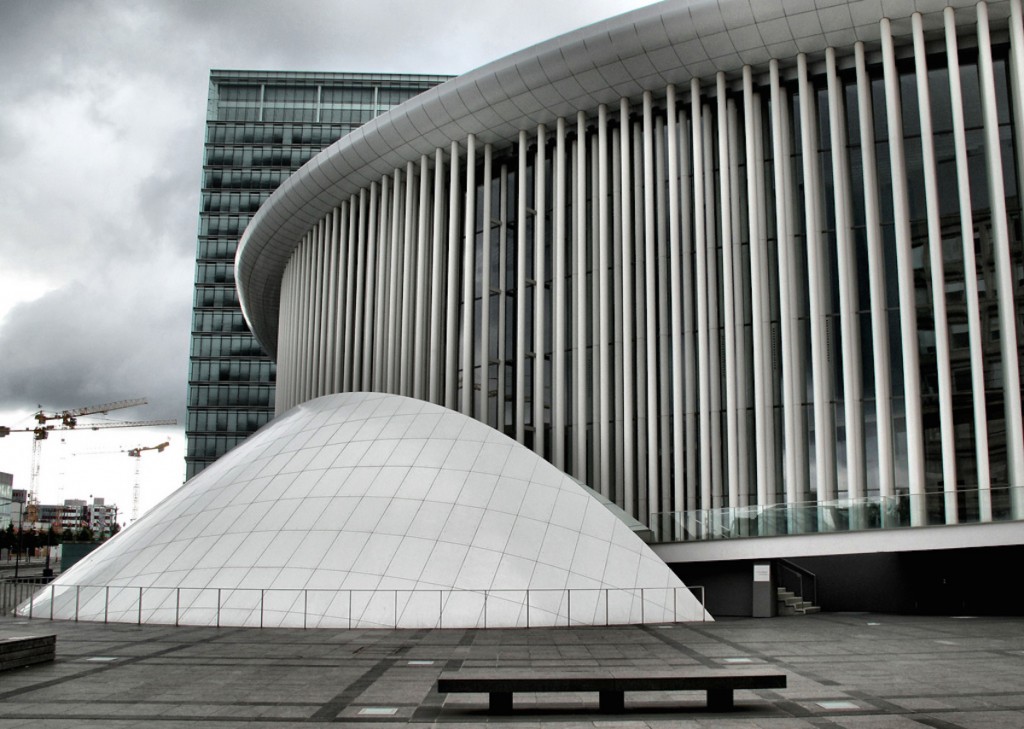 The historic bridge, Passerelle Viaduc, definitely offers to its visitors an overdose of picturesque and panoramic views of the Luxembourg City. Built between 1859 and 1861 by the British company Waring Brothers, the Passarelle Viaduc connected the city center with the new railway station. Known also as the Old Bridge, Passerelle Viaduc is well worth a visit, even if just for the fantastic photo opportunities. 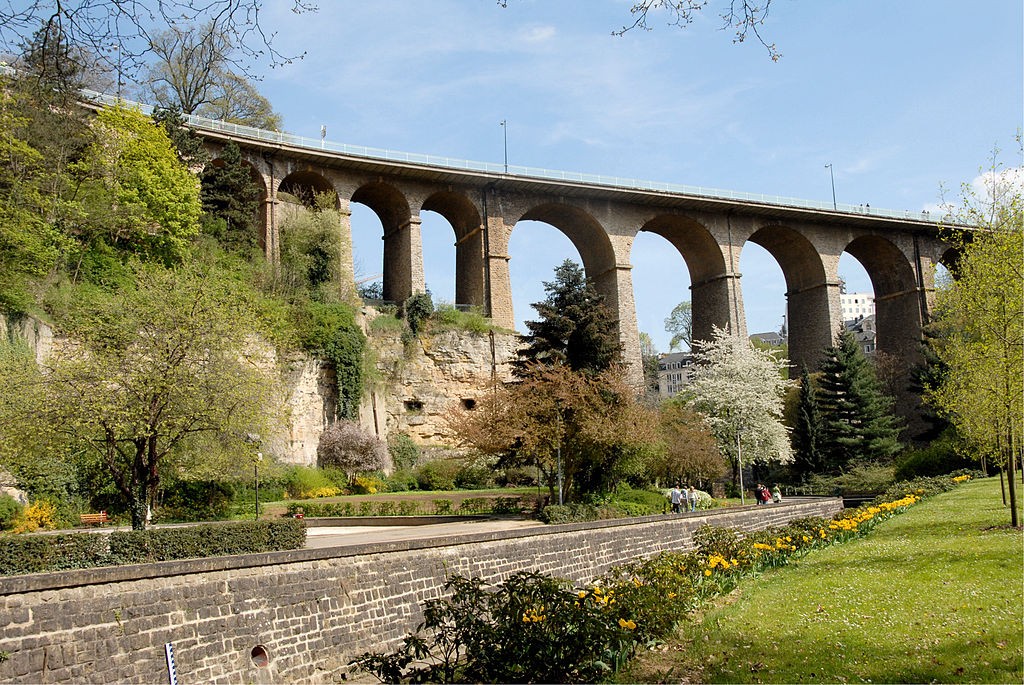 The Passerelle or Viaduc in Luxembourg City © Cayambe

Museum of the Abbey Echternach

Situated in the cellars of the former abbey, the Museum of the Abbey Echternach depicts the history of the Benedictine monastery in the town of Echternach, in eastern Luxembourg. Dedicated to the Echternach scriptorium and the survey of the life and work of St. Wilibrord, the founder of the Abbey and the patron saint of Luxembourg, the museum contains outstanding works of art. Divided into two sections, the visitor has the opportunity to admire the quality of the manuscripts and the atmospheric rooms, as well as interactive audiovisual presentations. 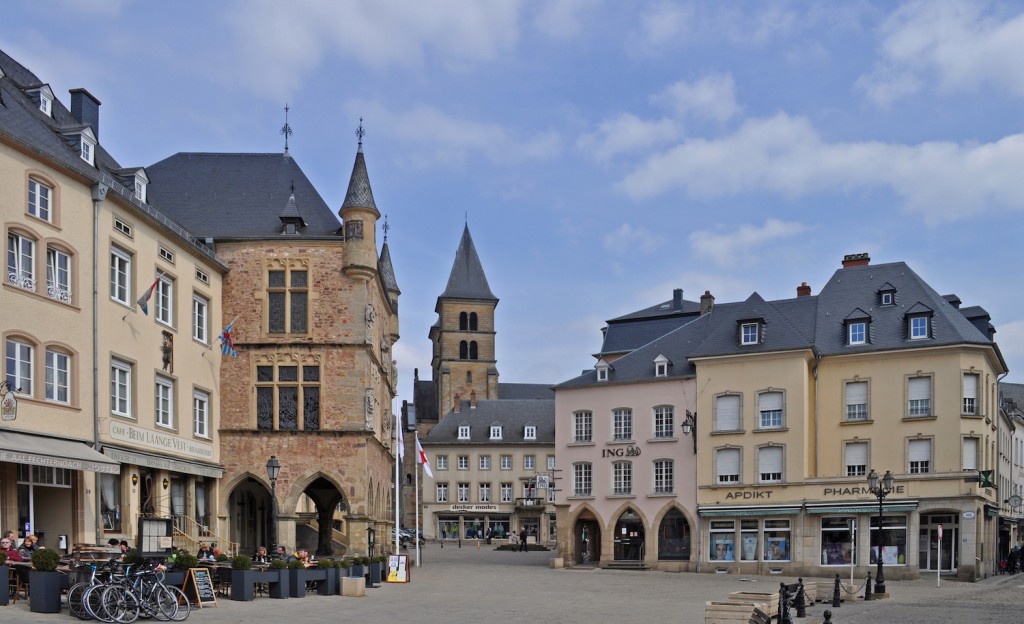 Kirchberg district is the place for modernity and contemporary art in Luxembourg. On a two-hour tour, visitors have the chance to explore this setting of the European Institutions, the European Investment Bank, the Luxembourg Chamber of Commerce, as well as sports centers and parks in Luxembourg. 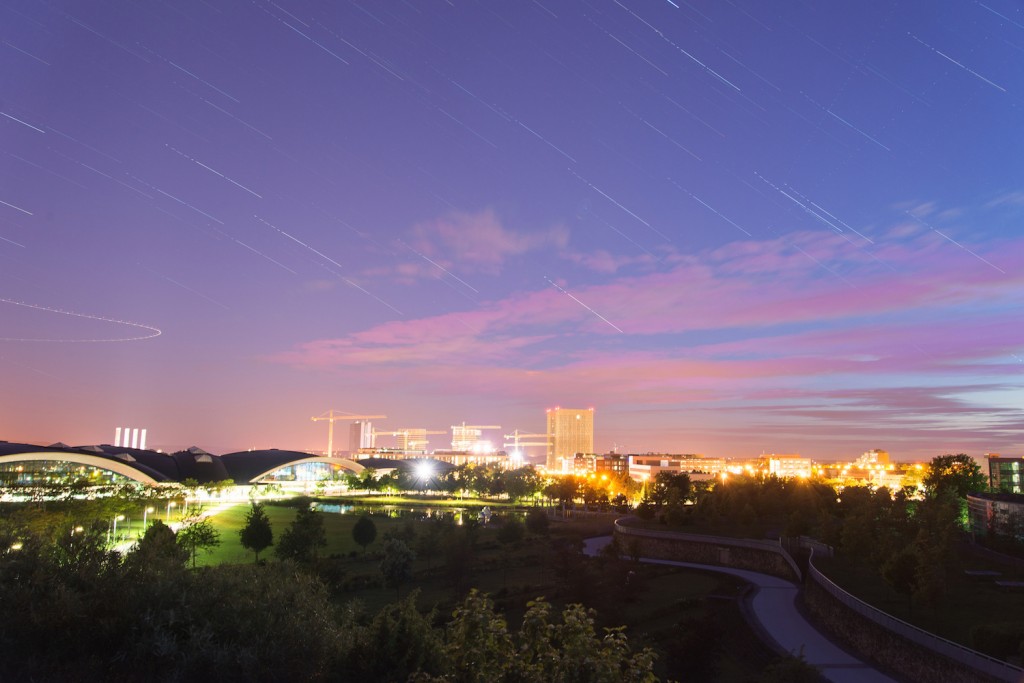