A Traveller's Guide to Luxembourg 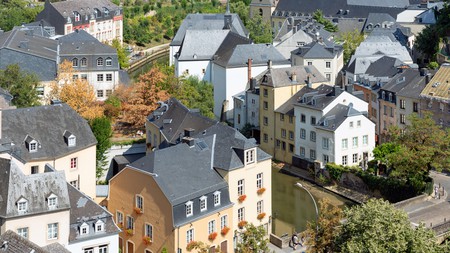 Bordered by Germany, France and Belgium, Luxembourg may not be the first place you think of when looking for somewhere to visit in Europe, but the tiny country at the heart of the continent has a big story to tell.

Luxembourg has a population of just over 600,000, most of whom live in and around the capital city. Though dwarfed by its neighbours, Luxembourg is a compelling destination for anyone looking to discover more about the history of Europe. Less than half the population is made up of native Luxembourgers, with the largest number of immigrants coming from a Portuguese background.

Luxembourg’s national motto is “Mir wëlle bleiwe wat mir sinn“, meaning “We will stay what we are”, a statement of independence directed at its neighbours, who have historically attempted to conquer Luxembourg. 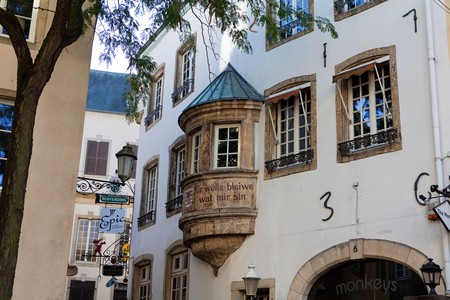 In a bold move, Luxembourg is set to introduce free public transport across the whole country from 2020. At present, standard bus and rail journeys cost a few euros and cover most of the country. Public transport in the capital is safe and clean, with the only issues being rush-hour traffic and ongoing building works. A new tram network is partly to blame for these delays, but when it is fully in operation it will offer a way of cutting through the jams on the roads. A limited tram service has already begun and is worth using to get from the Old Town area to the business district in Kirchberg. Uber isn’t available in Luxembourg, so if you are keen to get around by car you should look into hiring a vehicle from the airport. Journeys from the airport to the heart of the city take 15 minutes by bus.

How did Luxembourg get its name?

The name is derived from a castle known as Lucilinburhuc, which was constructed in 963 AD. The remains of the castle still exist today in the capital city, with the fortifications being built into the rocky cliff faces that naturally occur in the region. Lucilinburhuc literally means ‘little fortress’, fitting for a country with numerous fortifications built up over centuries of battles and invasions. 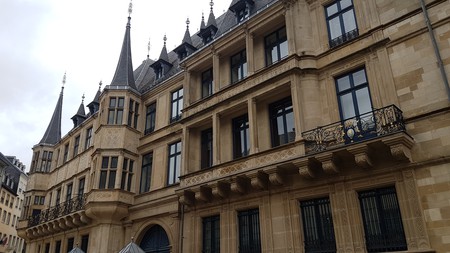 The history of Luxembourg

Luxembourg is one of the three capitals of the European Union, alongside Brussels and Strasbourg, with several European institutions setting up operations here. As such, a number of central banks and European courts have been built in recent years, leading to rapid population growth – the population is expected to double within the next decade. Large financial institutions have transformed the Kirchberg area in the northeast of the capital, which was nothing more than fields less than a few decades ago, into a business hub.

The marriage of old and new is evident in the Three Acorns Park, where the historic fortification of Fort Thüngen sits in front of the Mudam Museum of Modern Art. The glass structures of the latter were designed by IM Pei, who also designed the giant pyramid that greets visitors to The Louvre in Paris.

There have been great efforts made to maintain historical sites, with a number of UNESCO-listed attractions throughout the city. The underground passages that lie beneath the cobbled streets at the centre of Luxembourg provide insight into the the battles that raged over two world wars.

Another attraction not to be missed is the Pfaffenthal lift, a glass elevator that leads straight from the old part of town into the modern business hub of Kirchberg. 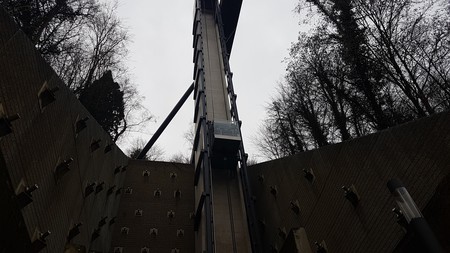 Things to do in Luxembourg City 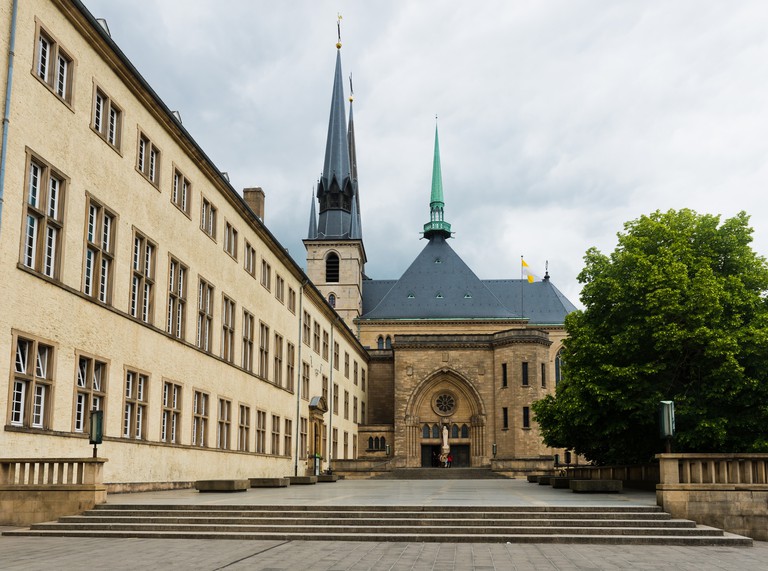 Constructed between 1613 and 1621, the Notre-Dame Cathedral (Cathédrale Notre-Dame) is the only cathedral in Luxembourg. Interior features include columns decorated with arabesques, stained glass from the 19th and 20th centuries and Neo-Gothic confessionals. The crypt within is the resting place of John the Blind, King of Bohemia, as well as the Count of Luxembourg and some members of the Grand Ducal Family. 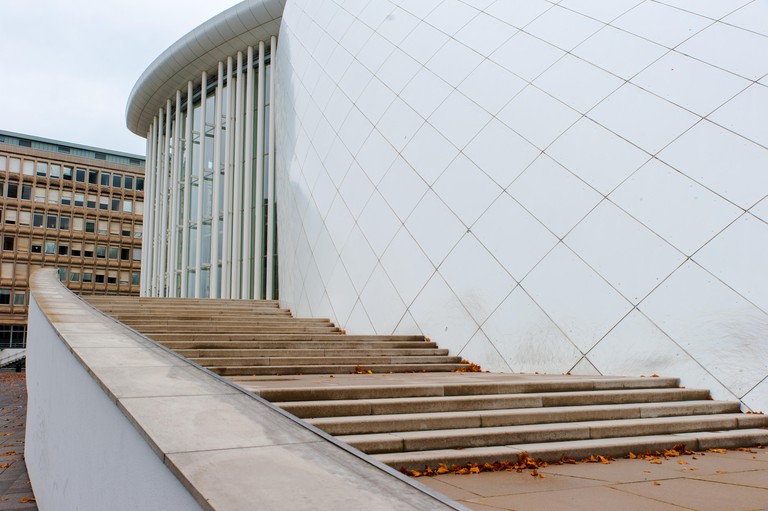 Philharmonie, also referred to as the Grande-Duchesse Joséphine-Charlotte Concert Hall, is a concert hall located in the Kirchberg plateau. This impressive building was commissioned in 1997 after Luxembourg was nominated as the European Capital of Culture. The hall officially opened in 2005 and now plays host to nearly 400 performances a year. 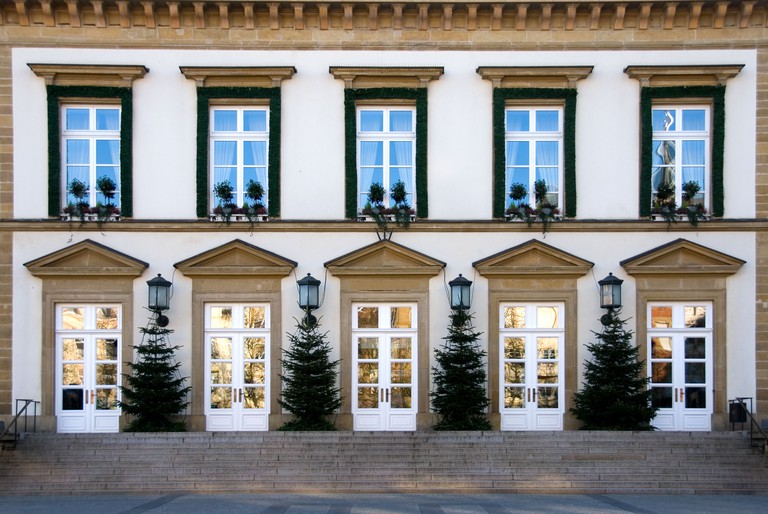 Luxembourg City Hall (Hôtel de Ville de Luxembourg) was built in the 1830s by French architect Justin Rémont, using materials from a deconstructed 13th-century Franciscan monastery that stood in its place centuries before. The city hall, located in Place Guillaume II, now serves as the centre of local government and is used as the private office of the Mayor of Luxembourg City. 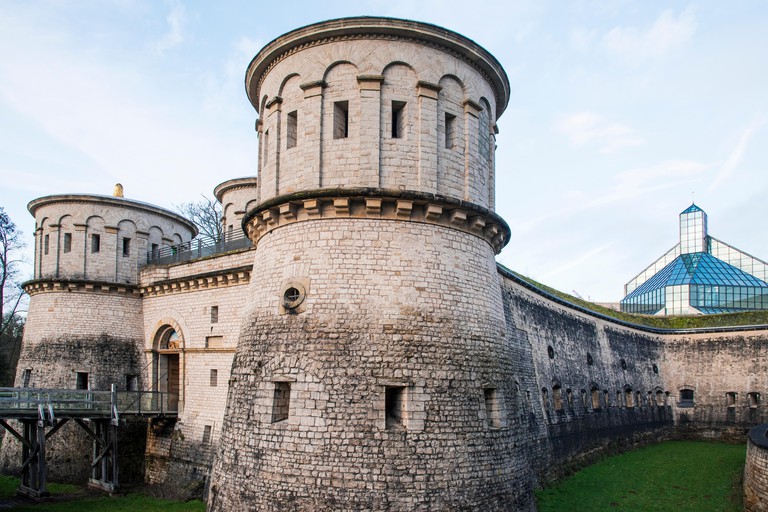 Fort Thüngen in Luxembourg City, Luxembourg | © juan moyano / Alamy Stock Photo
Mudam, short for the Grand Duke Jean Museum of Modern Art, was built on the site of the old Fort Thüngen, right in the heart of Luxembourg City. Designed by Pulitzer Prize-winning architect IM Pei, the gallery cost £80 million to construct and was dedicated to its namesake Grand Duke Jean when it was opened in 2006. The gallery hosts a permanent exhibition of contemporary artworks by over a hundred artists, including the likes of Andy Warhol, Thomas Struth and Daniel Buren. Having attracted record numbers of visitors to a Luxembourg gallery in its opening year, Mudam has continued to be a popular destination for art lovers in the country.
Open In Google Maps
3 Park Drai Eechelen, Luxembourg, District de Luxembourg, 1499, Luxembourg
+3524537851
Visit Website
Visit Facebook page
Give us feedback 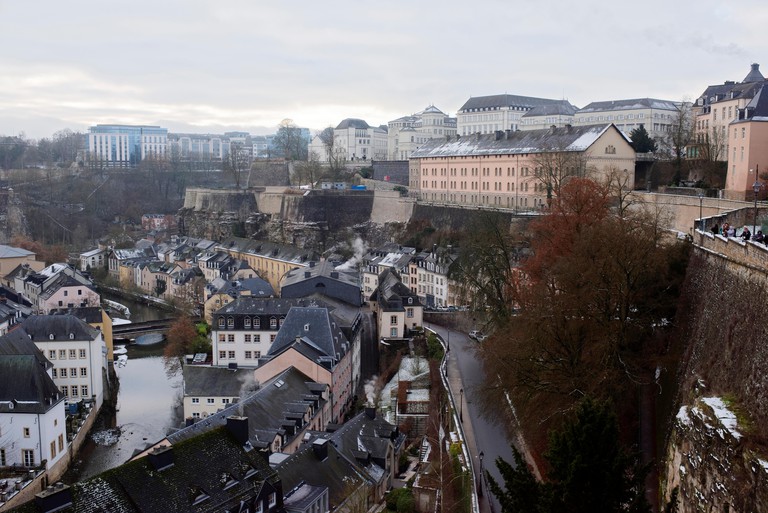 At the turn of the 20th century, writer and journalist Batty Weber described Le Chemin de la Corniche as Europe’s most beautiful balcony, and the title has stuck ever since. Built by the Spanish and French in the 1600s, the pathway now overlooks one of the most picturesque parts of Luxembourg. It can be reached by foot, or by lifts on either side of the city basin.

There is plenty to see and do outside the capital, too. The towns of Vianden and Echternach are easily reached and ideal for a day trip from Luxembourg City – although it’s worth remembering that English isn’t widely spoken in rural parts of the country, so pack a phrase book.

Echternach feels like a quaint French village and has been awarded EDEN (European Destination of Excellence) status, thanks to its sustainable tourism efforts. You can cross over to Germany via one of the many bridges here, and it’s also a popular spot for cyclists. 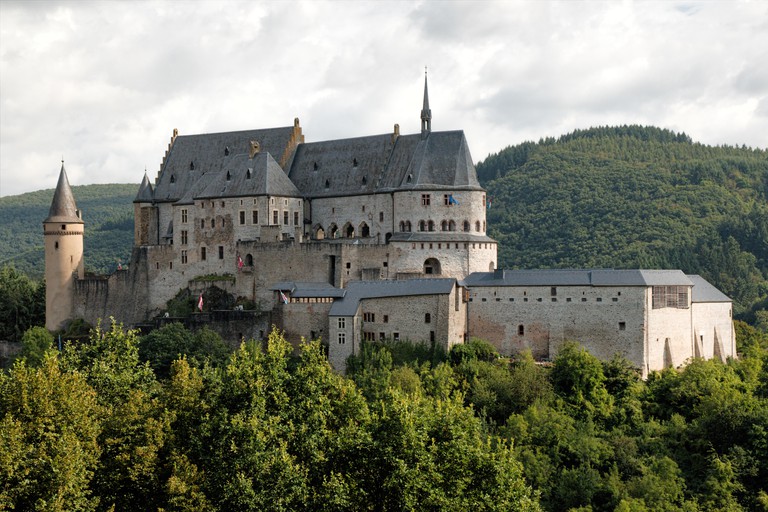 Vianden castle, Luxembourg | © Michael Mantke / Alamy Stock Photo
Located in the north of Luxembourg (but well worth the hour’s drive from the capital if you have the time), Vianden Castle was constructed between the 11th and 14th centuries as an abode for the Count of Vianden, and stands today as one of the largest fortified castles west of the Rhine. Originally Romanesque in design, Gothic trimmings were later added, resulting in an eye-catching combination of stone work, colour use and window styles. After falling into severe disrepair, the castle has been returned to its former glory by a recent restoration, and it is now open as a brilliant place for visitors to experience Luxembourgian history among the beauty of the countryside.
Open In Google Maps
Montée du Château, Vianden, Diekirch, 9408, Luxembourg
+3528341081
Visit Website
Give us feedback
Give us feedback