What the Locals Eat: A Typical Day's Food in the Baltics 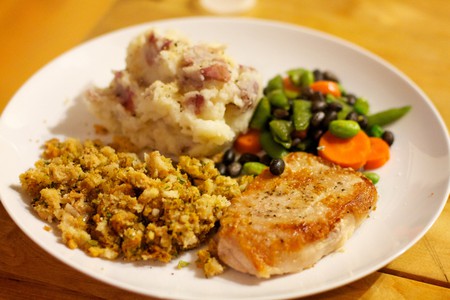 Every region in the world has its own unique cuisine and eating habits, formed throughout the centuries and influenced by culture, climate, and resources. The Baltics – Estonia, Latvia and Lithuania – historically depended on farming and cattle breeding, still reflected in a day’s worth of typical food in the modern era.

It’s common for people in the Baltics to eat a lot for breakfast, to get their energy for the upcoming day’s work. Some of the most popular choices for breakfast include fried eggs with fresh vegetables, ham and cheese sandwiches, omelets, or porridge. Most people start the day with coffee or tea, though milk and milk products play an important role too, as cattle were the main source of food in the 18th and 19th centuries. At traditional breakfast tables you’ll find the highest quality milk, curd, cottage cheese, kefir (fermented milk), and sour cream in the world. 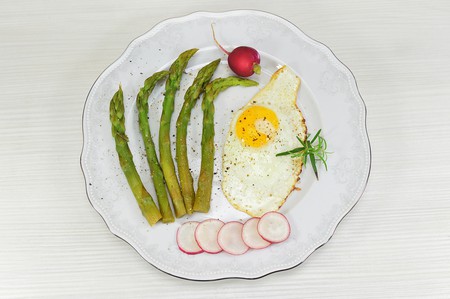 Even though vegetarianism is slowly finding its way into the Baltics, most locals still consume a lot of meat, of which the most popular varieties are chicken, beef, and pork. The tradition stems from centuries ago when men had to keep up their strength to work hard in the fields – the cold winter climate they faced also had its part to play, lending itself to high-fat foods. However, unlike in Argentina, in the Baltics people never eat meat by itself – mashed potatoes or rice are always served alongside. There is almost always an accompanying bowl of salad made from local vegetables, such as tomatoes, cucumbers, or radishes, on the lunch table.

Baltic people are used to eating their dinner early, and it is usual for families to gather around the table at 7pm-8pm. The most common foodstuffs for dinner are potatoes, which are served on traditional dining tables in every form imaginable, ranging from mashed potatoes to potato pancakes to potato pudding. Apart from potatoes, pasta is also becoming popular among the younger generations, who grew up after the collapse of the Soviet Union. 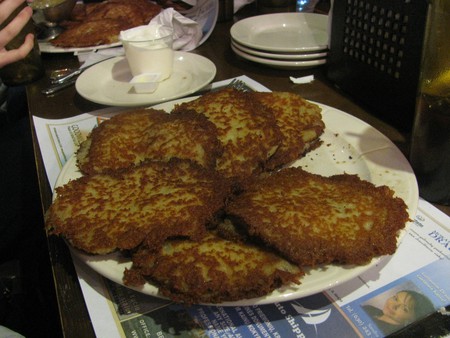 Potato pancakes | © Eden, Janine and JimFlickr
Give us feedback