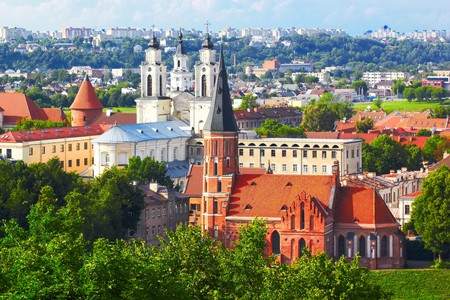 Kaunas, Lithuania’s second largest city, has just been voted the European Capital of Culture for 2022, sharing the title with Esch-sur-Alzette in Luxembourg. Chosen by the European Europe, the title gives the city an exciting chance to raise its cultural profile internationally. Kaunas used the slogan the (Con)temporary Capital, a play on words based on its time as Lithuania’s temporary capital and its goal of making art, food and culture more accessible to all communities.

Visit Kaunas in 2022 (or sooner) to enjoy contemporary street art, Nordic restaurants, and innovation amidst its original architecture and tree lined promenades.

Put that in your pipe and smoke it. #kauntastic #kaunasatátú #Kaunas #lithuania

Begin your visit to Kaunas with a walk along the tree lined Laisves Avenue with its beautiful architecture, shops, and traditional restaurants. 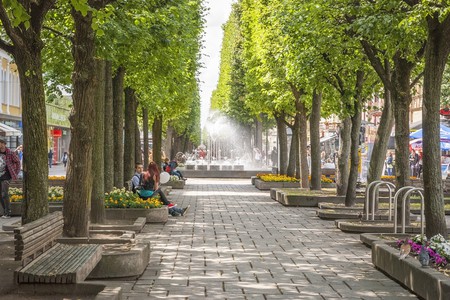 The eye-catching St. Michael the Archangel Church can be spotted in a square at the beginning of Laisves Avenue. 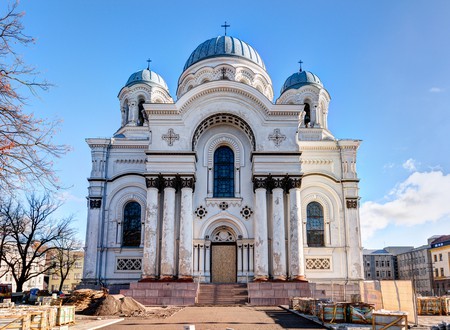 The Devil’s Museum is a one-of-a-kind stop, with more than 2,000 depictions of the devil from all over the world.

Laisves Avenue will lead visitors almost directly to Kaunas’ old town, which features German architectural influence, as it was an important center of trade during the Hanseatic League. 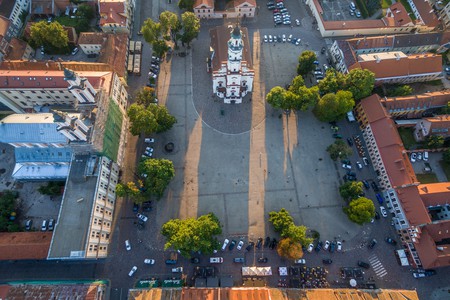 Stop by the Town Hall Square to marvel at the brilliantly white City Hall with its 53 meter (173.8 ft) tower. 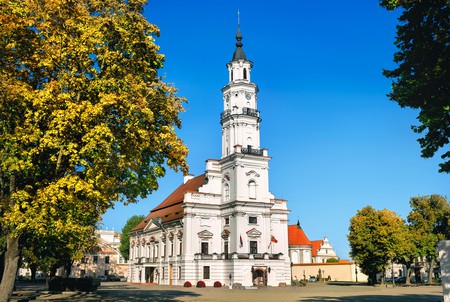 Visit Kaunas Cathedral Basilica (also called the Cathedral of St. Peter and Paul) to admire the architecture. The interior dates from the 1800s. 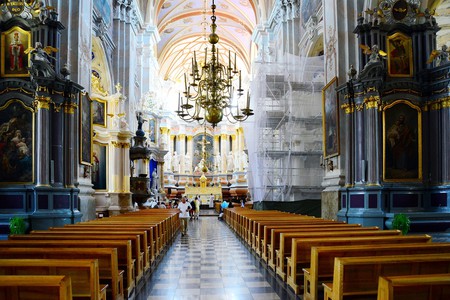 The ruins of Kaunas Castle can be spotted in Santakos Park at the confluence of the Nemunas and Neris Rivers. 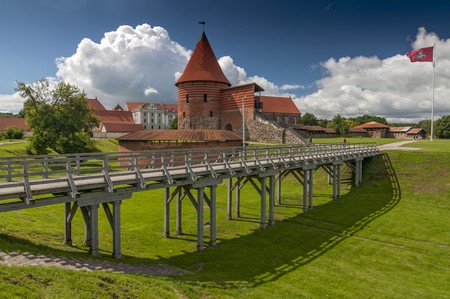 Visitors to Kaunas will be able to learn about the horrors that occurred at the Ninth Fort during the Holocaust.

Or stop to marvel at the interior of the Pazaislis Monastery, which has somehow survived through numerous tumultuous times. 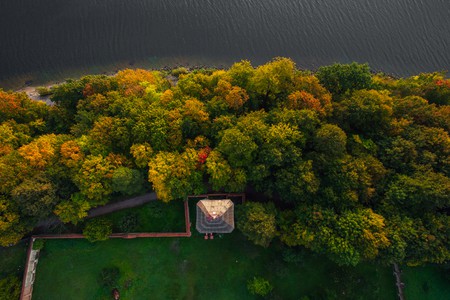 View of the monastery’s grounds | ©A. Aleksandravicius/Shutterstock

During Kaunas’ celebration for the European Capital of Culture for 2022, visitors might be treated to dancing flash mobs.

Or, they can marvel at contemporary artworks such as #blackballoons by the artist Tadao Cern, whose work featured heavily in Kaunas’ campaign.

Whatever it is you choose to do in Kaunas — the European Cultural Capital for 2022 — you are sure to enjoy yourself. 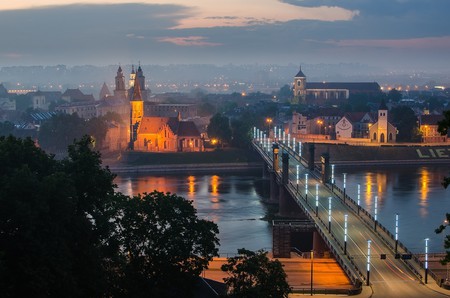