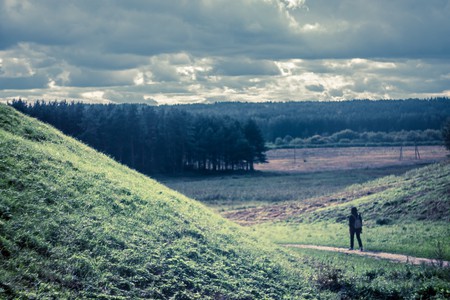 One of the best and easiest ways to learn more about Lithuania and see all the surrounding beauty is by taking one of many guided tours around this beautiful Baltic State. Everyone will be able to find what they are looking for, from extended tours around the country to hunting trips in Lithuanian forests.

During this nine days/eight nights tour, you will be able to cycle around the bigger part of the Lithuanian coast, including Klaipėda, Palanga, the Curonian Spit, and other popular local beaches. It is a perfect tour for people who enjoy slow bicycle rides, want to see local flora and fauna, and love spending their time by the sea. 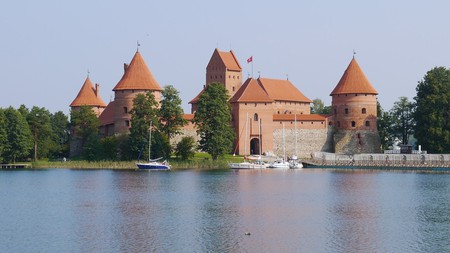 Lithuanians have deep traditions in hunting because of the many forests and wild animals, from various birds to beavers to moose! Hunting season starts on the April 1 but the busiest months are usually November, December, and January. There are plenty of hunting tours to choose from, depending on your needs and wishes. It is also a great way to meet some interesting people as hunting is always popular among high-rank government members and businessmen.

Visiting a real bunker and being yelled at by Soviet military officers is not your usual tour, but it is definitely worth a try! Of course, everything is under control and those ‘military officers’ are nothing more than actors, but they manage to create a wonderful atmosphere and make you feel as if you were really taken back to the dark times of the Soviet Union.

People who are interested in Jewish culture in Lithuania should definitely take this nine-day tour and visit the most important Jewish sites in Lithuania, including many synagogues and the heritage of Vilna Gaon. You will also meet a big Lithuanian Jewish culture and learn all the details about living in Lithuania being a Jew in the past and present.

People who are fascinated by birds and want to learn more about Lithuanian flora and fauna should definitely take this five-day tour, which will take you to the best birdwatching spots. There are hundreds of different species in Lithuania, including red-necked grebe, bittern, white-tailed eagle, montagu’s harrier, eagle, corncrake, so you can expect to see some birds you never knew even existed!

This is a tour designed for history buffs, who want to know everything about the lives of Lithuania’s high-class people throughout the years and visit their majestic manor houses! The guides are extremely professional and they know some old stories about manor houses which you could never hear elsewhere.

Past and present tour

This three-day tour is just perfect for people who want to see Lithuanian culture from different angles. You will be able to visit the biggest and most urban Lithuanian city, Vilnius, go mushroom picking in Dzukija National Park and walk around an outdoor Grutas museum, which holds many relics and exhibits from the Soviet Union era. Also, you’ll spend a night in Druskininkai, the ultimate spa resort town in the country.