The 10 Most Legendary Lithuanian Basketball Players of All Time 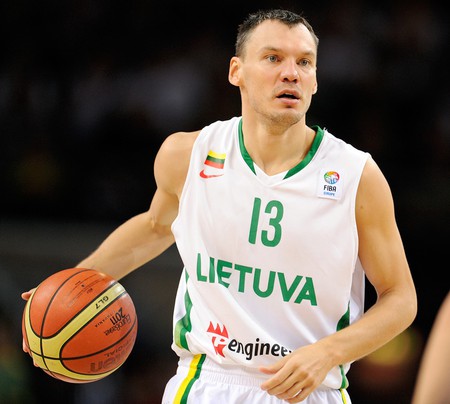 If you only know one thing about Lithuania, it must be basketball because let’s be honest – there is no other nation in the world which would be so crazy in love with this sport! Lithuania has always been among the strongest teams in the world, so there is no surprise that its national basketball players are famous worldwide.

Arvydas Sabonis is the best Lithuanian basketball player ever and often considered to be among the top five best European basketball players. It would take forever to list all Sabonis’ titles as he has won everything from EuroBasket to ACB to EuroLeague. Sabonis is now the President of the Lithuanian Basketball Association and a proud member of the NBA Hall of Fame. And he achieved it all after suffering from a serious achilles’ tendon injury at the age at the age of 21. Many specialists believe Sabonis could have been as good as Kareem Abdul-Jabbar or Shaq if only he could’ve stayed healthy. Sabonis’ son Domantas is also a very successful basketball player, currently playing for Indiana Pacers.

Šarūnas Jasikevičius is the most popular basketball player among the younger generation, which grew up watching him defeating team USA in the Olympics and leading Lithuania to the gold at the EuroBasket 2003. Even though Šarūnas’ career in NBA was not successful, he is still considered to be among the best point guards ever to play in Europe. Today, Jasikevičius is the head coach of Kaunas Žalgiris and he is proving to everyone that he is just as brilliant at coaching as he was at playing.

Pranas Lubinas, better known as the godfather of Lithuanian basketball, was the person who brought basketball to Lithuania. He is responsible for Lithuania winning two consecutive EuroBaskets in 1937 and 1939. These days, only a few people remember how good he was on the basketball court, but no one doubts that if it was not for him, Lithuanians would have never fallen in love with this wonderful game.

Rimas Kurtinaitis is arguably the best ever Lithuanian three-point shooter. He was one of the core players of the 1992 Lithuanian national basketball team, also known as ‘The Other Dream Team,’ which won Olympic bronze medals in an epic battle against Russia, the country’s former occupants. 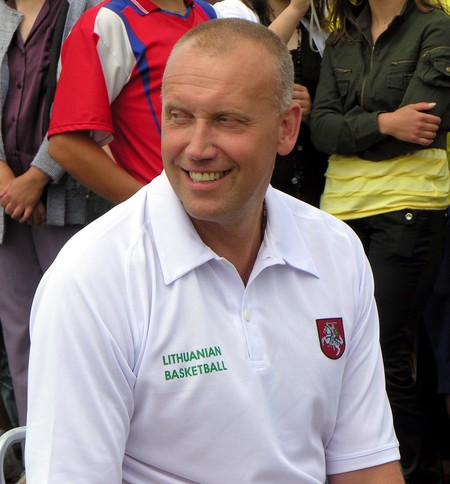 Artūras Karnišovas has scored 1,453 points playing for the Lithuanian national basketball team and that is by far the best total ever. Karnišovas was a phenomenal scorer and player but sadly, he suffered many serious injuries throughout his playing days, which destroyed his career and made him retire much earlier than expected. Lithuanian fans still wonder how good Karnišovas could have become if he had stayed healthy. Today, Artūras is the general manager of Denver Nuggets.

In his 10 years with the Lithuanian basketball team, Saulius scored over 1,000 points and was an emotional leader of the team on and off the court. His presence as the captain was one of the most important factors why the national team managed to conquer Sweden in 2003 EuroBasket.

Robertas Javtokas recently ended his career as a professional basketball player and became one of the assistant coaches of Kaunas Žalgiris. Javtokas was a member of the national side from 2001 to 2016 and served as captain of the team for many years. Early in his career, he was supposed to play for San Antonio Spurs, but was involved in a serious motorcycle accident and his NBA dreams were dashed. 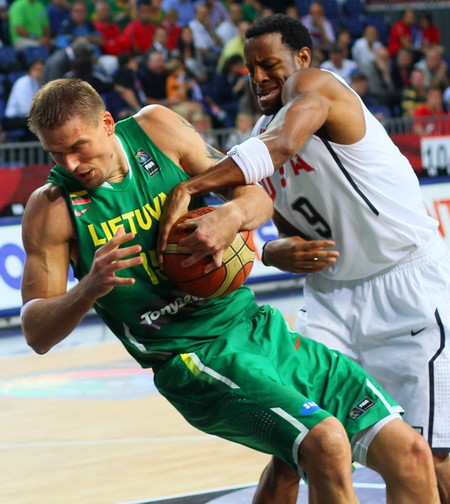 Gintaras Einikis was a phenomenal center, who played the most ever official games (106) for the national basketball team. His career was legendary and his abilities on the court were absolutely magical, but sadly, he is now better known for his abusive behavior outside of the court.

Jonas Valančiūnas is the leader of the current Lithuania national team and a member of Toronto Raptors. He is constantly proving himself as one of the top centers in the NBA. Even though he is only 25-years-old and his career peak is yet to come, Valančiūnas is already among the best-ever Lithuanian basketball players. 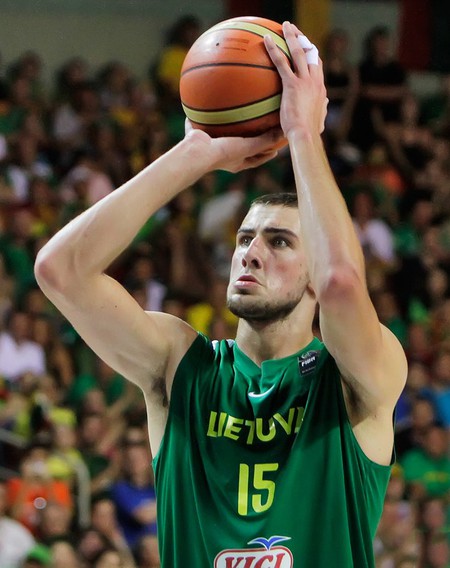 Modestas Paulauskas was the second Lithuanian to win an Olympic gold medal. He did that in 1972 with the Soviet Union national basketball team. Modestas was one of the best basketball players of the time and the captain of the Soviet Union team. Sadly, he never got a chance to play for Lithuania.