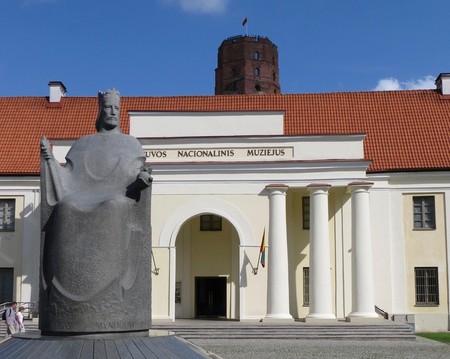 Mindaugas was first mentioned in written sources in 1219, as one of a few Dukes of Lithuania. By the end of 1236, he had defeated all other Dukes to become the Grand Duke of Lithuania. It meant that Mindaugas united all the lands in Lithuania and established the first independent state of Lithuania. However, Lithuanian felt a lot of pressure from Russians and Livonians, so Mindaugas had to make some particular decisions in order to keep Lithuania independent.

Mindaugas had to act fast to save Lithuania from outside forces, so he decided to make peace with the Livonian Order and accept Christianity. In 1251, Mindaugas was baptized as a Christian, and Pope Innocent IV acknowledged him as a rightful King of Lithuania. However, Mindaugas only accepted Christianity in order to strengthen the Lithuanian position in a long-lasting fight with Mongols and Russians. He never actually abandoned paganism and in 1261, Mindaugas turned back to paganism and declared war against the Livonian Order again. 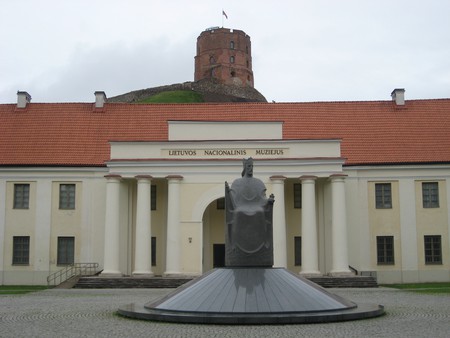 On July 6, 1253, Mindaugas was coronated as an official King of Lithuania, becoming the first and the only King of Lithuania. In his short time being a king, Mindaugas managed to keep Lithuania safe from aggressors and won a great number of battles. However, his decision to let Christianity into Lithuania made him a good deal of enemies as well. Historians believe that King Mindaugas was betrayed and killed by his comrade Treniota in 1263.

The legacy of King Mindaugas

There are many books and plays written about King Mindaugas, including Juliusz Słowacki’s drama Mindowe (1829) and Justinas Marcinkevičius’ drama-poem Mindaugas (1968). Also, the 6th of July has been an official Lithuanian national holiday since 1991, to respect the legacy that King Mindaugas left behind. Also, Lithuanians have a tradition of singing the national anthem at the same time all over the world on 6th of July. This initiative’s main purpose is to remind every Lithuanian how magical their country is and how hard the ancestors worked for Lithuania to succeed. There are many Lithuanians who live abroad but still carry the patriotism and love for Lithuania in their hearts, and the 6th of July is the day when that love shows.