A Story in Sculptures: How and Why the Curonian Spit was Created according to Lithuanian Folklore 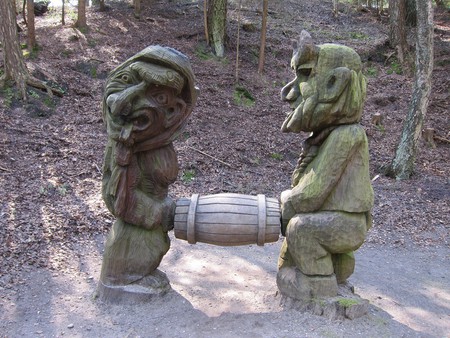 Located in the charming village of Juodkrante, on the Curonian Spit, the Hill of Witches (Raganu Kalnas in Lithuanian) is a natural forested area filled with nearly 100 carved wooden sculptures. The original sculptures were mostly carved by Samogitian folk artists (further sculptures have been added since) and illustrate Lithuanian folk tales.

A visit to the Hill of Witches tells, through beautiful carvings, the story of beautiful Neringa and evil Naglis. Neringa, was a friendly female giant who lived on Lithuania’s coast. A dragon named Naglis wanted to marry her, but when she refused, he threatened disasters. To save local Lithuanians from the dragon’s wrath, Neringa made a great barrier of sand, now called the Curonian Spit. This barrier of sand and the calm Curonian Lagoon protected coastal Lithuanians from violent storms on the Baltic Sea. 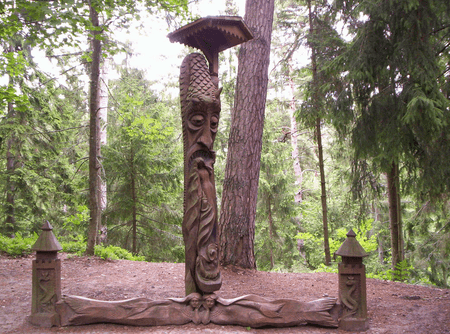 Statue on the Hill of Witches | ©Shinsaku/Wikimedia Commons

As you go deep into the forest, scary figures are found among the dense trees. There are carvings of witches, devils, and goblins who try to trap visitors at night. Symbolizing the dawn, a carving of a rooster scares away the ghosts, witches, and devils and the trail is bright again and the forest less dense. 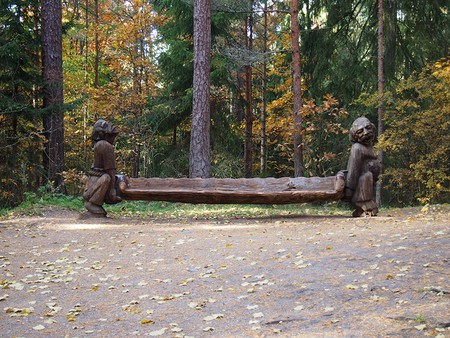 Highlights of the Hill of Witches include a witch with its tongue sticking out, Naglis appearing to eat Neringa whole, and several sculptures featuring the beautiful giant. Visitors will be able to identify Neringa by her long, braided hair. 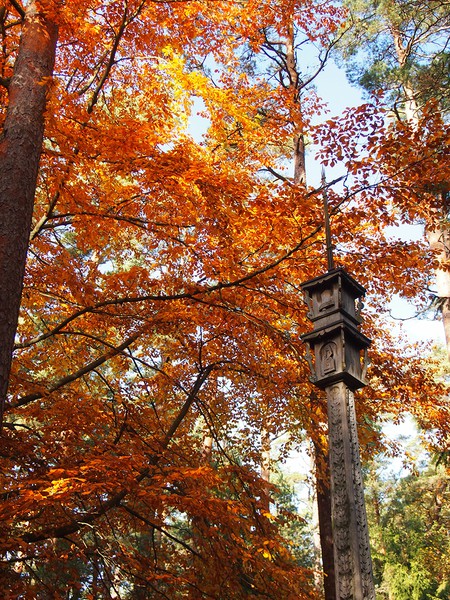 Hill of Witches in the fall | ©Elizabeth Georgian

The location of the Hill of Witches was previously used as the site of a yearly festival called Jonines (St. John’s Eve). Occurring on June 24th, this festival was a mix of pagan and Christian celebrations with dancing and merriment. The celebration culminated in a search for a magic fern blossom at midnight. The celebration took place on the Hill of Witches as it was though to be a magical place, lying between realms. This celebration was stopped during WWI but visitors can now enjoy the sculptures on the hill year round. 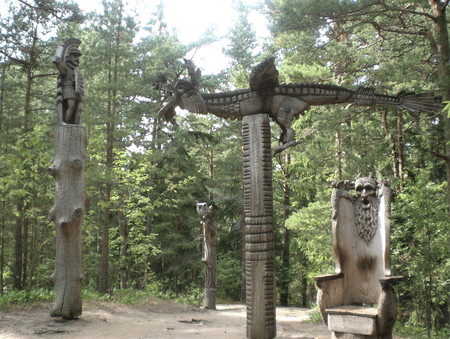 Those visiting the Curonian Spit with a car can easily reach the Hill of Witches, which is located at the edge of Juodokrante. There is a ample parking and a carved sign pointing the way to the hill. It is free to visit and it is open 24/7 for those who dare to visit at night!