Hill of Crosses: A Testament to Bravery During Soviet Occupation 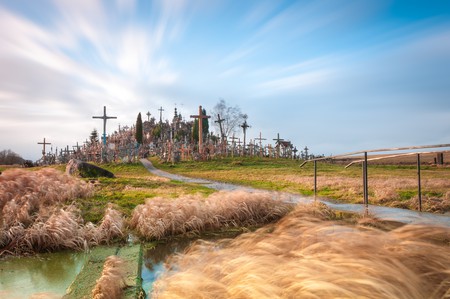 Located just outside of the industrial city of Siauliai in northern Lithuania, the Hill of Crosses (Kryziu Kalnas) draws Christian pilgrims from all over the world. This small hill in the middle of farmland holds at least 60,000 crosses of all sizes, from tiny wooden crosses to crosses that are four meters tall, handcrafted from metal. Destroyed several times throughout history, the Hill of Crosses is a testament to Lithuania‘s bravery during tumultuous times.

Tradition of placing crosses at this site began in 1850 (or perhaps even earlier) to commemorate victims of the 1831 rebellion against the Tsarist government. The number of crosses grew after an additional rebellion in 1863. Shortly thereafter, the Hill of Crosses became known as a sacred sight, and pilgrims started to visit, particularly during Soviet times. Over time, the Soviets began to consider the hill a symbol of hostility against their rule, thus crosses were burnt, otherwise destroyed, or used as scrap metal. The hill itself was even bulldozed. 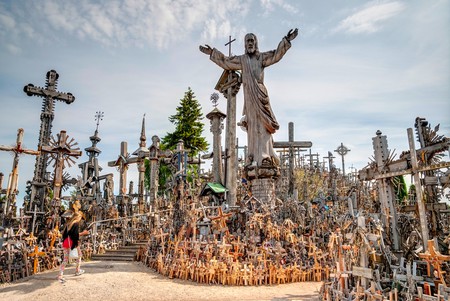 As an act of solidarity, Lithuanians secretly continued placing crosses on the now destroyed hill until approximately 500 crosses were placed on the hill by approximately 1973. The crosses were again destroyed by the Soviets. The Soviet Army then sent troops to guard the hill to prevent any further subtle demonstrations. Despite this, brave Lithuanians continued to visit the hill in the dark of night, with new crosses appearing each day. 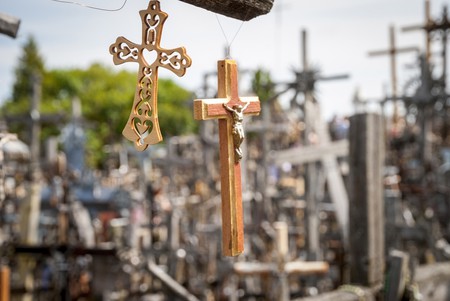 Detail at the Hill of Crosses | ©dinozzaver/Shutterstock

After Lithuania regained freedom, the Hill of Crosses became flooded with crosses: large, small, metal, wooden, stone, and practically any other material imaginable. News of Lithuania’s cross-ladened hill reached the world, and on September 7, 1993, Pope John Paul II visited the Hill of Crosses. It is believed that there are over 100,000 crosses presently on the Hill of Crosses. 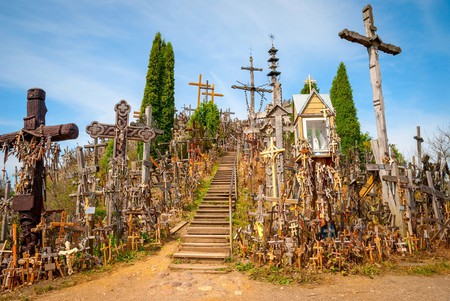