Gediminas' Dream: The Legend of Vilnius 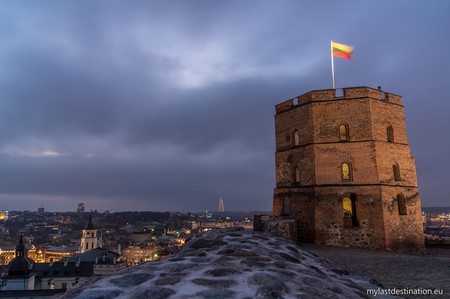 Today, Vilnius is the capital and the most important city of Lithuania. Many tourists visit Vilnius to experience the culture of the country, see the wonderful architecture, try traditional Lithuanian cuisine, and get to know the city’s rich history, which dates back to 1323 when it was mentioned for the first time.

The legend of Vilnius

Trakai, one of the most stunning cities in the Baltic States, was the capital of Lithuania and the home of Grand Duke Gediminas in the 14th-century. One day, Gediminas went on a hunting trip about 20 kilometers away from Trakai. To everyone’s fortune, the trip was successful and Gediminas killed aurochs, the biggest animal in Lithuania. Overwhelmed with joy, Gediminas decided not to come back to Trakai that night and camp in the woods, at Šventaragis valley. That is when he dreamed a very strange but extremely vivid dream. 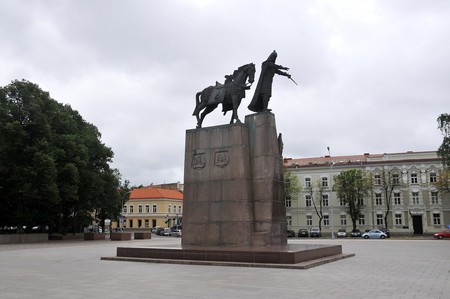 In his dream, Gediminas saw a huge iron wolf standing on the hill. That wolf was howling with a powerful voice which sounded as if hundreds of wolves were trapped inside it. In the morning, concerned Grand Duke Gediminas went to his priest Lizdeika and asked for advice.

Grand Duke Gediminas immediately sent his men to Šventaragis valley and ordered them to start building the castles. He then named the newly-created city, Vilnius, and made it the new capital of Lithuania. Today, thousands of people visit Gediminas Castle, which stands on the exact hill which Grand Duke Gediminas dreamt of, and spread the word of Vilnius’ greatness! 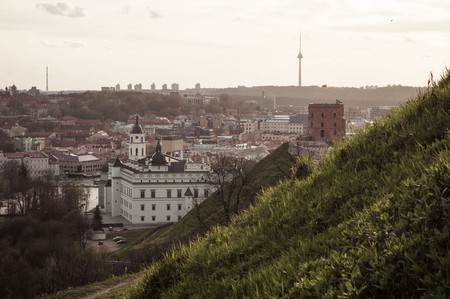