The Best Cheap Hotels and Hostels in Vilnius, Lithuania 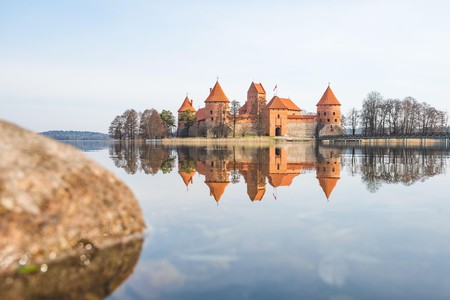 There's lots to explore in beautiful Vilnius, including the cobbled streets of the Old Town and the micronation of Užupis | © Michele Ursi / Alamy Stock Photo

Travelling the Baltics on a budget? A stay in Vilnius need not break the bank – these hotels and hostels in the Lithuanian capital are both cost-effective and comfortable.

Just because you’re not spending a fortune on accommodation, it doesn’t mean settling for below-par sleeping arrangements. While you’ll want to spend your time discovering the best things to do in Vilnius – exploring the cobbled streets of the Old Town or the micronation of Užupis – these cheap hotels and hostels are well worth getting excited about. Stay in a 16th-century monastery, wake up to a laden breakfast buffet, or sleep amid an urban forest. 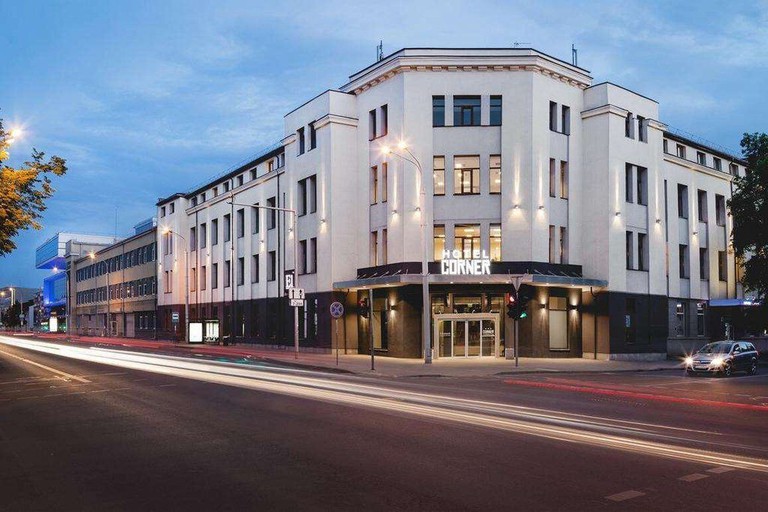 © Corner Hotel / Expedia
Corner Hotel is a minimalist haven of clean lines and earthy tones, just a 15-minute stroll from the medieval Old Town. When it’s time to hit the hay, each of the hotel’s 150 rooms (sleeping from two to four people) promises a good night’s sleep, with every room well soundproofed. Wake up refreshed and raring to go, fuelled by the in-room coffee- and tea-making facilities and the extensive breakfast spread, featuring local cheeses and cured meats. 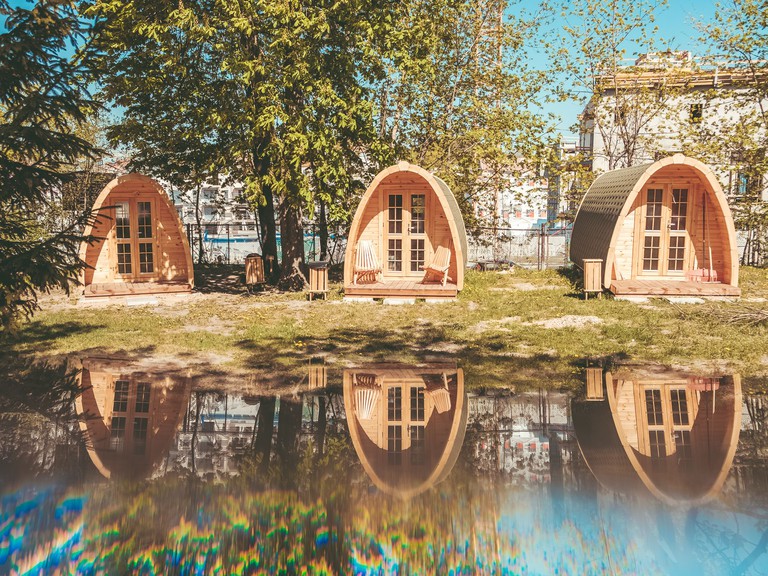 © Downtown Forest Hostel & Camping / Expedia
Want to combine a city break with getting back to nature? It’s possible at Downtown Forest Hostel & Camping. True to its name, this urban oasis is at once surrounded by lush green forest and a mere 12 minutes on foot from City Hall. Pitch up in the tranquil garden (bring your own tent or campervan) or settle into the rustic yet cosy hostel, with dorms and private rooms available. For both alpine and Hobbiton-esque vibes, stay in one of Downtown Forest’s quaint wooden bungalows. During the day, head into town on a rental bike, before returning to chill out at the garden bar, famed for hosting popular summer barbecues. 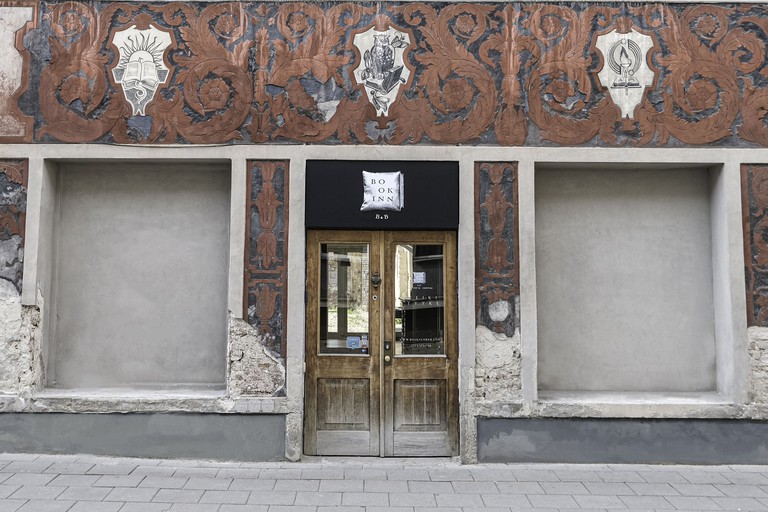 © Bookinn B&B / Expedia
Experience a piece of living history at this family-run hotel, housed in a 16th-century monastery within the Old Town. Though rich in heritage, Bookinn B&B does not shy away from contemporary style; the minimalist rooms are an unusual marriage of medieval architecture and design-forward furniture. Beyond the nine characterful rooms (with double rooms, private studios and family suites on offer), the hotel is home to a private library, packed with rare vintage books. 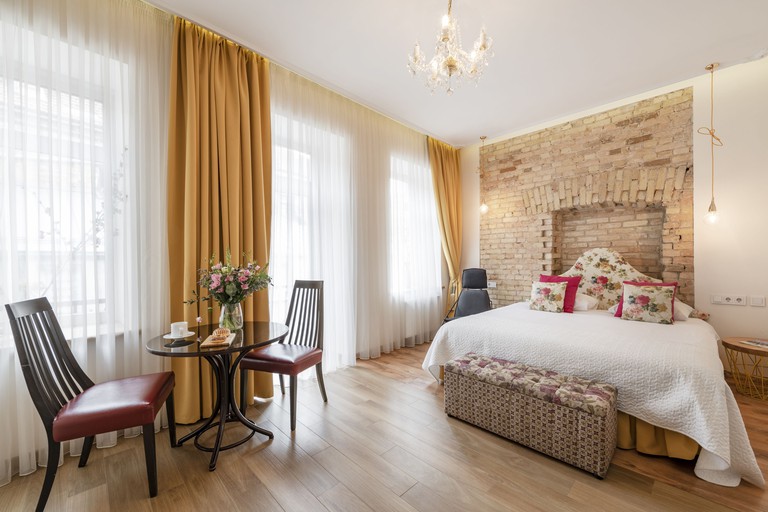 © Cinko Hotel / Expedia
Elegant yet playful, Cinko brings together original architectural features – think exposed brick walls and ceiling beams – with design flourishes such as vintage-style hanging light bulbs and the occasional chandelier. The 21 rooms each boast a rainfall shower, sleek flat-screen TV and coffee machine, while apartments with ensuite kitchens might tempt anyone looking to try their hand at Lithuanian cooking. Halės Market is a five-minute wander away, so you’ll have no shortage of fresh, local ingredients. 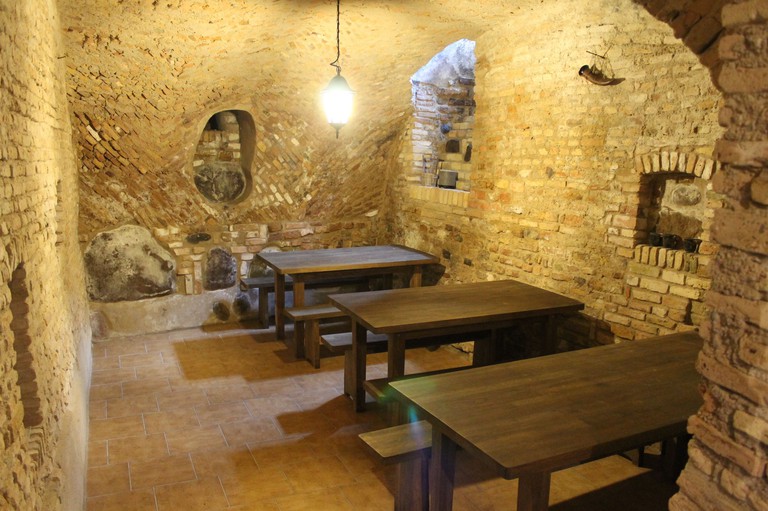 © Fortuna Hostel / Expedia
Whether you’re looking for a private room or a bed in a dorm, Fortuna Hostel is hard to beat when it comes to good value. The simple yet inviting rooms are a mixture of bunk and single beds, but all have access to a kitchen and the sociable lounge area – the place to be for a game of table tennis. A steady supply of free tea and coffee will get you ready for the day. First stop? The 16th-century Gates of Dawn, a quintessential Vilnius landmark, just 300m (984ft) away. 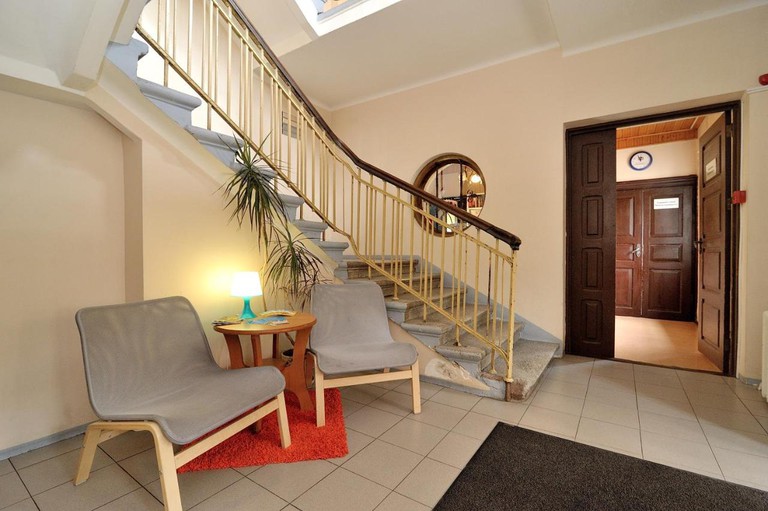 © Hostel Filaretai / Booking.com
For a taste of bohemian Vilnius, there’s nowhere better than the Republic of Užupis – a self-declared micronation, peppered with street murals and art installations. Hostel Filaretai is moments from the area’s many galleries and artists’ studios. Its friendly, alternative feel channels the atmosphere of Užupis. It sleeps up to 80 across its dorms and private rooms, plus there’s an inviting wood-panelled common room and well-equipped kitchen for you to use. 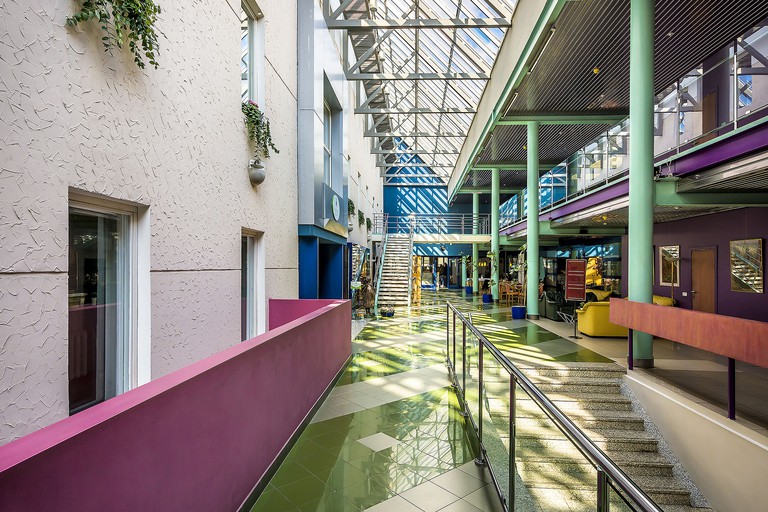 © Grata hotel / Expedia
It’s impossible not to feel right at home at Grata Hotel, whose name derives from “Welcome” in Latin. You’ll be greeted at the door by a work from Lithuanian sculptor Romualdas Kvintas entitled “Welcome Back”. Rooms here are classic in style, decked out in warm tones with plush carpets. The real selling point, though, is undoubtedly the sauna and pool, where you can ease aching muscles after scaling the Hill of Three Crosses for panoramic views of the city. 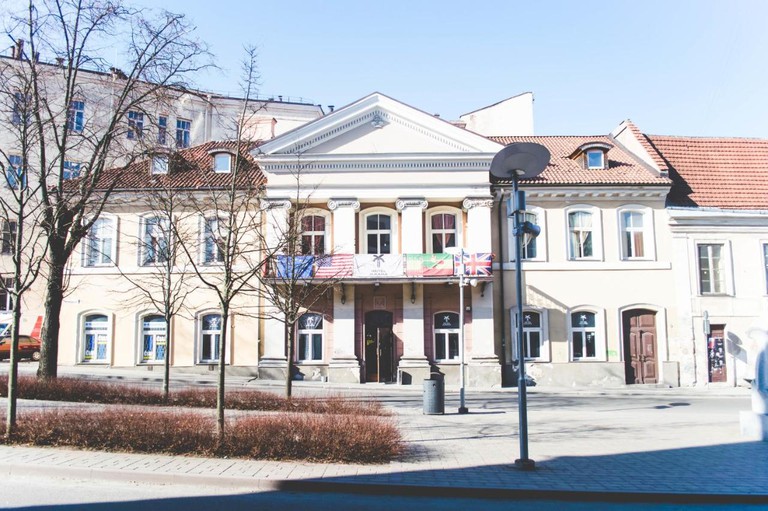 © Hostel Jamaika / Booking.com
Arriving in Vilnius by train or bus? The city’s central stations are only a five-minute walk away from Hostel Jamaika. Here you’ll find a host of eclectically decorated private rooms and dorms: expect high ceilings, parquet floors, chandeliers and Persian rugs. Many dorms feature privacy curtains for extra privacy, while two living rooms, the in-house Jamaika Bar and a sun-drenched terrace are on offer if you’re feeling sociable. 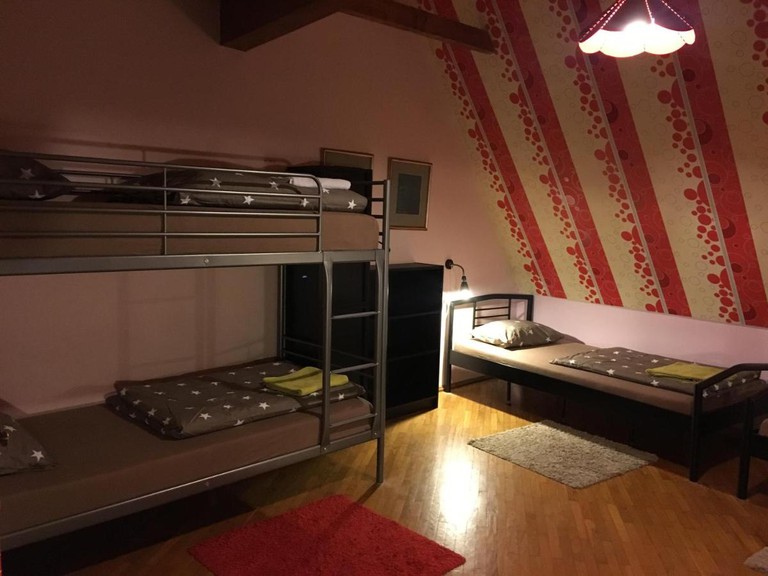 © Mikalo House / Booking.com
Did someone say freshly baked croissants? These are yours for the taking (and devouring) at Mikalo House, where you are greeted each morning with complimentary fresh pastries and coffee. Rooms – both private and dorm-style – have the feel of a family home, a sense only heightened by hanging out on the hostel terrace and perhaps firing up the barbecue to enjoy a feast with other guests. When you feel like venturing out, you’ll find yourself in the heart of the Old Town neighbourhood, a mere two minutes on foot from Town Hall Square. 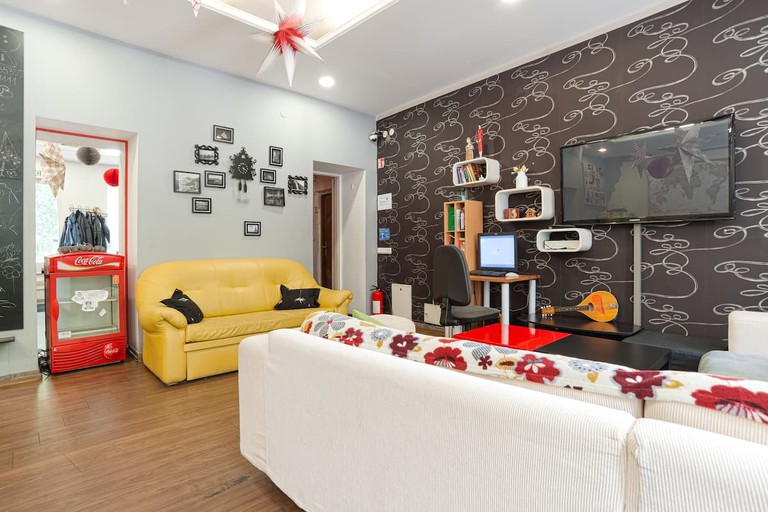 © POGO Hostel / Expedia
Four funkily decorated six-bed dorms and two private rooms make up POGO, which prides itself on being the friendliest hostel around. Along with a small but well-equipped kitchen, where you’ll find plenty of tea and coffee, friendships are made in the communal dining room and sitting/movie-watching area. These spaces, much like the bedrooms, are clean and bright with playful pops of colour – a modern echo of the colourful buildings surrounding the hostel in Vilnius’s Old Town.

Other hotels options are available to book via Culture Trip. Browse the best spa hotels in Vilnius now.