Though front doors are often the product of pride and painted in pretty colors, garage doors can be left neglected and become somewhat invisible. The artist Agne Gintalaite shows why this should not be the case, as she photographs hundreds of garage doors in Lithuania and transforms them into works of abstract art. 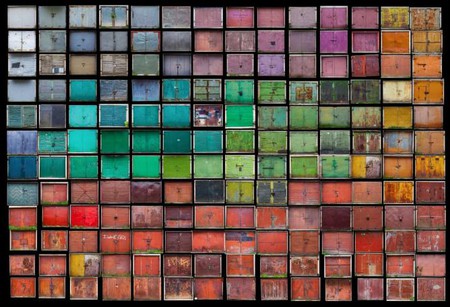 Agne Gintalaite is a photographer from Lithuania. Having studied art history and theory at the Vilnius Academy of Arts and spending some years working as a fashion photographer, she is now a freelance photographer and art director. Nell Lewis interviewed Agne Gintalaite to find out more about her Beauty Remains project.

Why did you choose to do a project on garage doors?

I discovered this garage town when looking for a site for a fashion shoot. I suddenly felt like I was in an exhibition of exquisite abstract painting. This is what I saw in these doors — paintings, created by people, who had no idea that they were making art. They thought that they were painting simple garage doors, but, indeed, they were painting pictures. Of course, they were also assisted by time, rust, rain and grass.

Have you ever stood in front of a painting thinking, what a waste of canvas and paint? Here, in this garage town, I got a completely different impression — that art can appear from nowhere. There was an order on one of the doors from the administrator of the garage town, instructing to paint all doors with one color, brown. I got terrified and felt that I had to document these doors before they disappear forever. 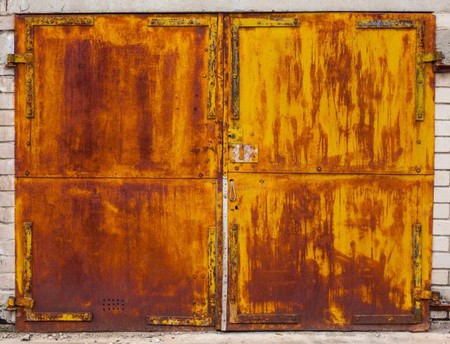 What kind of things do you look for when photographing these garages?

I took pictures of those doors which reminded me of painting. There is a word in Lithuanian, tapybiškumas, which could be translated as ‘the painterly,’ which is considered to be an ultimate criterion of the artistic quality. As I walked from one door to another, I kept ‘recognizing’ artists or styles from my art history studies.

The ‘Slate’ design blog likened your photographs to ‘Rothko paintings left in the rain.’ Is he a particular inspiration to you?

Sure, I did recognize a few Rothkos in those doors. When I do fashion photography, I follow the work of other photographers, responding to trends and seeking inspiration. But in the garage town, I only rushed to document paintings that are not protected by any institutions and which nobody considers beautiful. Then I spent endless hours putting them into mosaics, just like an old collector toys with his post stamps or a kid with matchboxes. 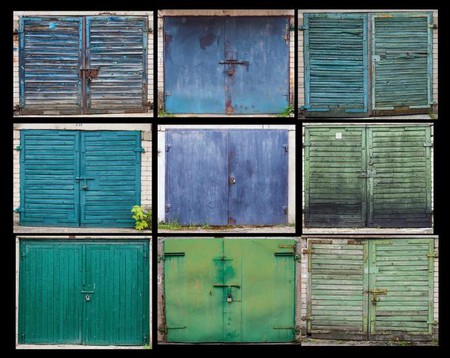 Your series Beauty Remains has a sense of nostalgia. Would you say there is any nostalgia in Lithuania for the Soviet era? If so, for what?

I am a child of the Soviet era. I remember just how grey it was. Grey sausage used to be wrapped in grey paper in barren shops. We used to walk on our toes at home, afraid that the KGB might call. These were terrible, dark times. On the other hand, even back then people created art and tried to speak truth to power, thus, developing ability to communicate through metaphors. There was a shortage of nice toys; my grandfather used to make toys from potatoes and chestnuts. If we wanted more interesting clothes, we used to make them ourselves. You cannot say that creativity thrived, but it was certainly an important part of the Soviet everyday life.

But I do not know any single person who would openly be nostalgic about the Soviet past. In my circles, it would be something like expressing fascination with Hitler’s regime; it would be considered to be unethical because of the people who were repressed by the communist regime. However, it would be equally foolish to deny and forget the Soviet history — to destroy the art and beauty created during the Soviet era. Unfortunately, this is what seems to happen right now in Lithuania. 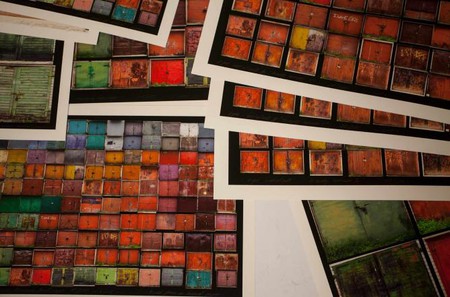 Are the relics of communism in Lithuania disappearing? Do you think more should be preserved?

The relics of communism in Lithuania are not just disappearing — they are being destroyed. I personally think that they should be kept for the future generations. I believe in the trivial saying that those who forget their history are condemned to repeating it.

On your website you recall a childhood friend’s father parking his Soviet-style Lada in a garage so far away that he still had to use public transport to get home. This suggests the cars and garages were for more than just convenience. What do you think the garage doors used to represent, and how do you think this has changed today?

The garages were like homes for Soviet citizens’ cars because in the Soviet era a car was not merely a means of transport but a very demanding creature that had to be constantly looked after. Soviet Ladas were notoriously unreliable; they would break, spare parts were hard to come by, and, thus, a car owner would become a hoarder, preparing for the future disasters… Every garage was like a private workshop. Only a small share of the Soviet population owned a car, thus, both a car and a garage were signs of prestige.

Whereas doors… they always symbolize one and the same, don’t they? The other life, the other choice. The doors are an archetype. Everybody dreams sometimes, what would have happened if… 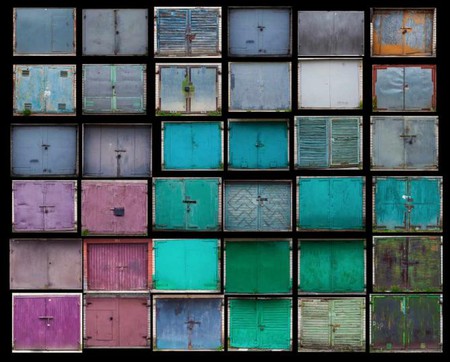 Tell us about the owners of these garages today. Do they too seem like products of a bygone era?

Well, I am not sure as I do not know them personally. Most probably, yes. I mentioned in my blog that these garage towns are often situated on what is now deemed a valuable land that could be developed for new housing. Yet these individuals stick to their property that was so hard to acquire, thus, becoming kind of fighters against the neoliberal economy.

Tell us about the contemporary art scene in Lithuania. Do you think younger artists are still very affected by its communist past? Where do young artists look for inspiration?

I cannot speak for everyone, but those young Lithuanian artists with whom I interact search inspiration in civic activism: they can be feminists, vegans, environmentalists. Young people are not interested in the Soviet past; they care about the future of the planet Earth. 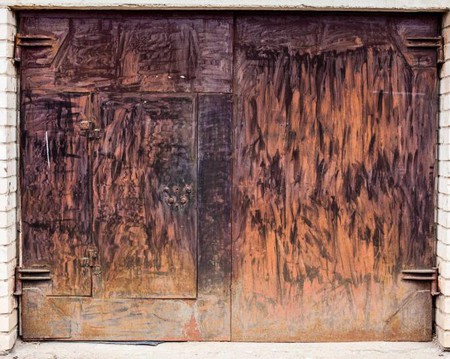 What would you recommend visitors to Lithuania go and see?

In Vilnius, I suggest popping into an alternative bar in the Old Town — for instance, Bukowski — where you will certainly find a company of locals who would show you around such secret places that you would never find otherwise. The Uzupis area, also known as the Uzupis republic or the Vilnius Monmartre, is a wonderful place for relaxing walks, scenic views of the Old Town from the hilltops, a village atmosphere, and there are lovely cafes where you can have a glass of wine. Raw and vegan food restaurants are highly popular among locals, and you will always find something exciting to eat. For art, head to the Vilnius Contemporary Art Centre and the National Art Gallery. If you wish to escape from the city, why not drive to the Park of Europe, an open-air sculpture park just outside of Vilnius, where you can stroll in a fragrant pine forest admiring work of Magdalena Abakanowicz, Sol LeWitt, and Dennis Oppenheim. For relics of the Soviet past, you can travel a bit further to the Grutas Park, which displays Soviet-era monuments. The Grutas Park is near Druskininkai, a spa town, an hour drive from Vilnius. And before you depart home, don’t forget to catch up with the latest Lithuanian film which you can do right in the airport — a stylish cinema hall FilmBox LT is located in the departure zone and offers a selection of short movies.

Read more about Agne Gintalaite on her website and blog.