20 Must Visit Attractions in Vilnius 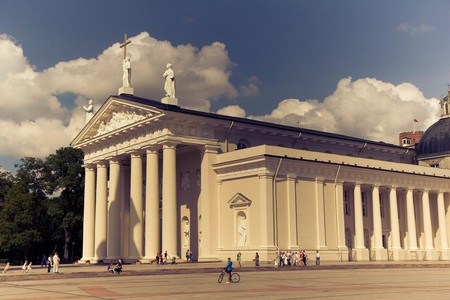 Museum of Occupations and Freedom Fights

The Museum of Occupations and Freedom Fights, also known as the KGB Museum, is a bone-chilling museum depicting the recent terrors that occurred in Lithuania. The basement of the Museum of Genocide Victims is a former KGB prison that contains a horrifying execution room. Travelers visiting Vilnius with children should be aware that the museum might be rather distressing, particularly the basement exhibits. 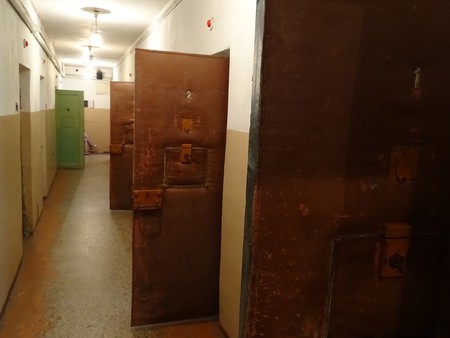 A corridor in the basement of the Museum of Genocide Victims, showing the open doors of prison cells | ©Adam Jones/Flickr

Vilnius University is the oldest university in Lithuania and was founded in 1579. The portion of the campus located in Vilnius’s old town (near the Presidential Palace) contains a stunning library with frescoed ceilings, a tall bell tower, and a sunny, yellow church.

The highlights at the National Museum of Lithuania include an exhibition on Lithuanian dress and weaving, as well as the display of model homes from around the country. Admission to the museum is certainly a bargain at only two euros for an adult ticket. 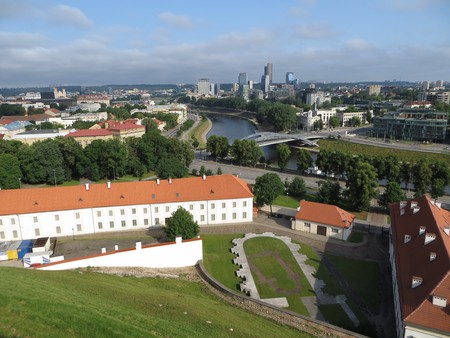 View from Gediminas Hill in Vilnius. The cream buildings of National Museum of Lithuania can be seen at the bottom of the hill | Bernt Rostad / Flickr

The Vytautas Kasiulis Art Museum is a hidden gem located near the National Opera House. Exhibiting artwork from Lithuania’s most beloved artist—Vytautas Kasiulis—visitors will be impressed by the bright colors and the progression of Kasiulis’ work over his life. Adult admission costs 1.80 euro and children under seven can visit for free. 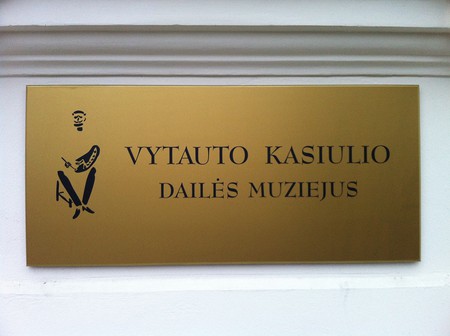 The plaque of the Vytauto Kasiulio Art Museum | ©Elizabeth Georgian

The Three Crosses Monument, or Hill of Three Crosses, is a monument of three, brilliant white crosses sculpted in 1989. They replaced crosses that formerly stood on this spot, which had been removed by Soviet authorities in the 1950s. The monument’s origins possibly date back to the 17th century when three monks built commemorative wooden crosses on the site where a group of monks had been killed. Visitors to the Hill of Three Crosses will be rewarded with stunning views of Vilnius’ old town. 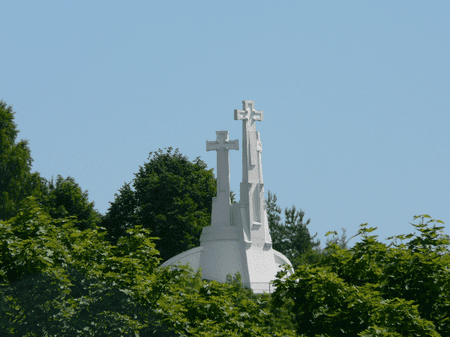 St. Anne’s Church is a stunning red brick structure built in the Gothic architectural style in the 1500s by the Franciscan brothers. Sharing a wall with St. Anne’s Church is the Bernardine Church and Monastery, which is also built in the Gothic style and has adornments in the Renaissance and Baroque style. The interior of both churches can be visited and tourists should be sure to look up as beautiful details can be observed along the vaulted ceilings. 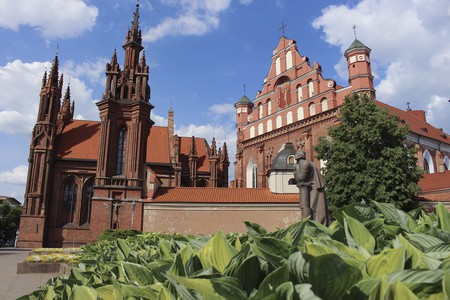 Vilnius Cathedral, located in Cathedral Square, is by far the most famous church in Vilnius and often acts as a symbol of the city. It was was built from the 13th century through to the 15th century, but has been reconstructed several times due to flooding from the Neris River. Both the Vilnius Cathedral and its underground crypts are well worth a visit. 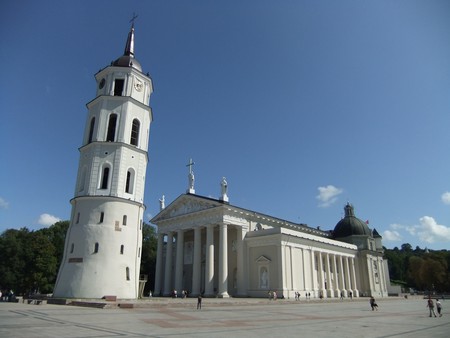 Standing tall at 52 meters, the Cathedral Bell Tower provides excellent views of Vilnius’ old and new towns. Visitors will be able to spot church spires, clay roof tiles, and the winding Neris River from atop the bell tower. 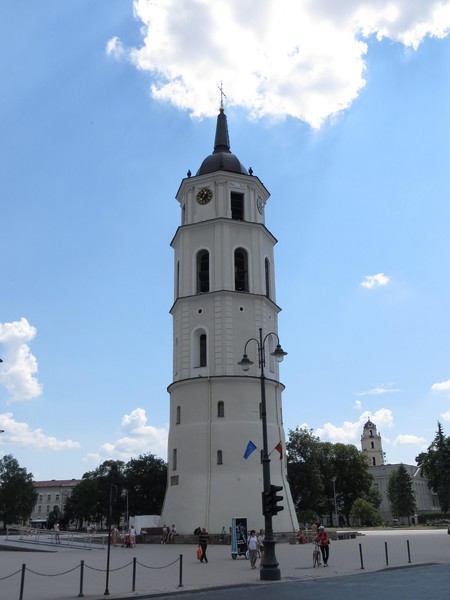 The Vilnius Town Hall, or Vilniaus Rotušė in Lithuanian, is located in the Town Hall Square which often hosts festivals and events. The town hall’s current building was constructed in the late 18th century in a neo-classical style and features six columns at the front of the building. The building is currently used for meetings among parliamentary representatives and frequently holds concerts and exhibitions including the International Christmas Charity Bazaar. 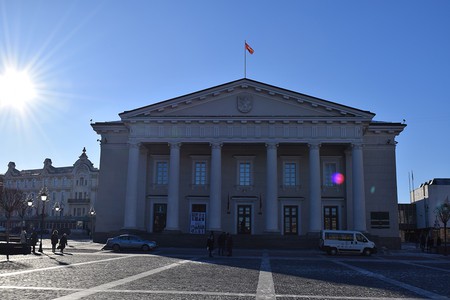 The Presidential Palace is a stately building constructed in the 18th and 19th centuries. The building hosts private political meetings and foreign delegates. The interior of the Presidential Palace can be visited by attending a free English tour on Sundays, although advance registration is required and a valid passport must be checked prior to admittance. Security checks are also required before entering. 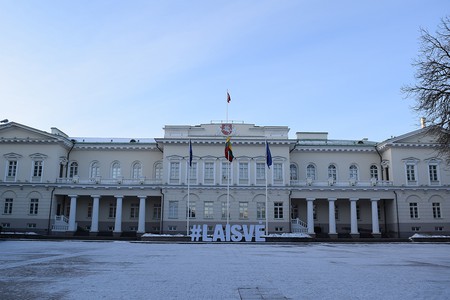 Uzupis is a small, bohemian republic located in the heart of Vilnius’ old town. Silver plaques detailing Uzupis’ Constitution can be seen on the road Paupio g. in numerous languages. Visitors are sure to have a laugh with the constitution rules because they include decrees such as “Every dog has the right to be a dog” and “Sometimes everyone has the right to be unaware of their duties”. 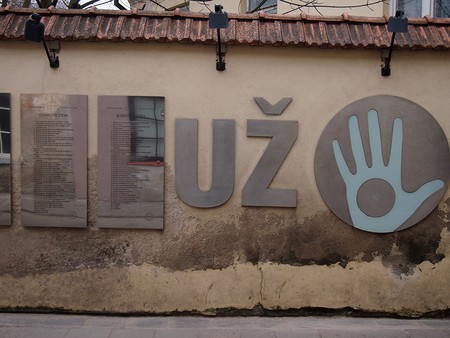 Can you spot the mermaid statue during your Uzupis visit? Legend has it that those who fall pray to her charms might remain in Uzupis forever. This perhaps isn’t so bad as Uzupis is a bohemian district full of quaint cafes, tasty restaurants, and colorful buildings. 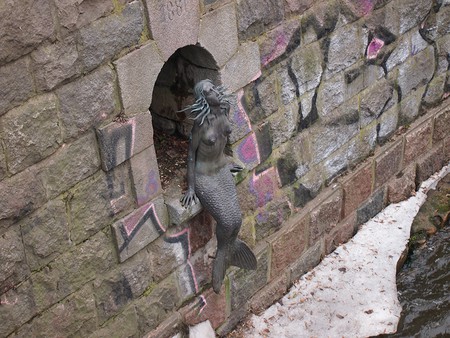 Looking over Uzupis is the bronze Angel of Užupis, made by the same sculptor as the Užupis Mermaid—Romas Vilčiauskas. It stands tall in a small square; visitors will enjoy photographing the statue, especially at sunset.

Prior to the Holocaust, Vilnius had a large and vibrant Jewish population. The Vilna Gaon Jewish State Museum commemorates those lost in the genocide with exhibits at three sites in Lithuania. The Green House, sometimes known as the Holocaust Museum, also features exhibits about the culture and history of Jews in Lithuania. 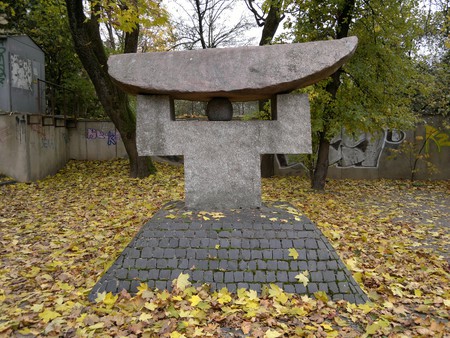 The Choral Synagogue of Vilnius is the only remaining active synagogue in Vilnius and serves the city’s Jewish community. The synagogue originally opened in September 1903 and was designed by the architect Dovydas Rozenhauzas. 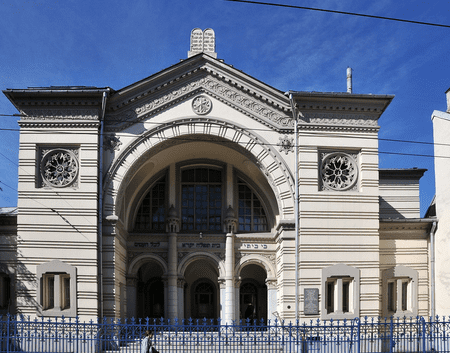 St. Nicholas’ Church was built in the 1300s and is the oldest church in Vilnius. This beautiful red brick church was built in the Gothic style and is believed to have been constructed by German immigrants. Visitors should take a careful look at the bricks as markings and fingerprints left by the brickmakers can be seen. 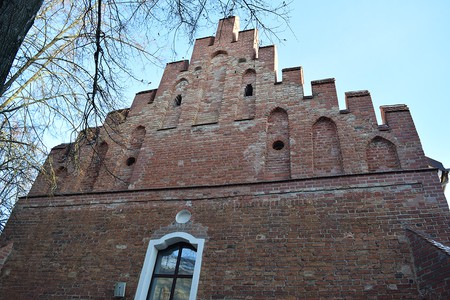 Walking Path by the Neris River

Recently renovated and improved, the walking path by the Neris River is a popular place to spend a summer’s afternoon or evening and take advantage of the long days. Spanning a portion of the Neris River which separates old town from new town, the trail offers several beautiful vantage points of the city. While walking, visitors should also take note of the statues along the way. 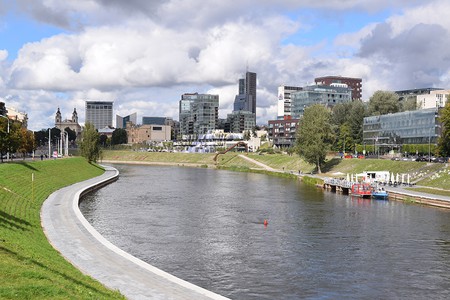 A section of the path alongside the Neris River | ©Elizabeth Georgian

Palace of Concerts and Sports

The Palace of Concerts and Sports, located in the Zirmunai neighborhood of Vilnius, is an excellent example of Soviet brutalist architecture. Although left to dereliction, the large cement structure is evident in Vilnius’ skyline. The sports venue was built on the largest Jewish cemetery in Vilnius, which was destroyed by the Soviets in the 1950s. On the site there is a small plaque and memorial to the former Jewish cemetery. 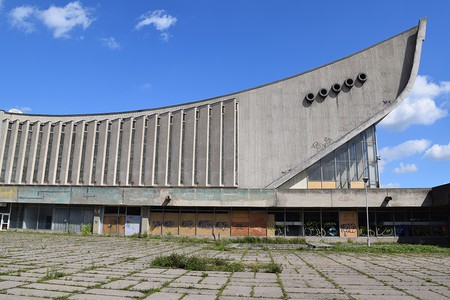 The Palace of Concerts and Sports, Vilnius | ©Elizabeth Georgian

Visitors to Vilnius seeking a lively cultural visit should consider a trip to the Hales Market, an indoor produce, bakery, and meat market housed in a former transportation building. The Hales Market features lively vendors touting their goods and also a few small restaurants. 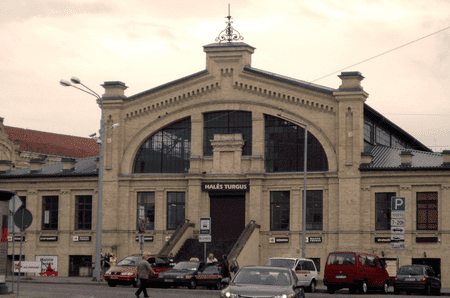 The interior of Sts. Peter and Paul’s Church is what makes it stand out among the numerous churches in Vilnius. Completely white, visitors’ eyes will be drawn to the over 2,000 sculptures created in white stucco that are carved into the walls, columns, and ceilings. The church is located in the Antakalnis neighborhood and entrance is free, although donations are appreciated. 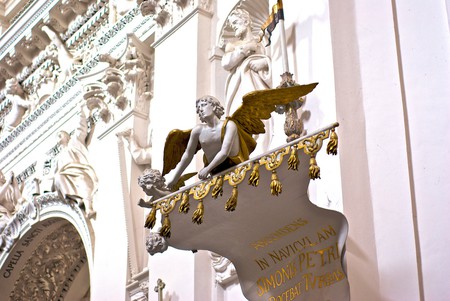 The Sts. Peter and Paul’s Church interior, detail of the white stucco sculptures | ©Oleksii Leonov/Flickr
Give us feedback