10 Lithuanian Artists You Should Know

Although most Lithuanian cultural persona are not very well known abroad, the country has been home to some amazing painters, sculptors, writers and theatre directors. So if you really want to get acquainted with Lithuanian culture, these names are not to be missed! 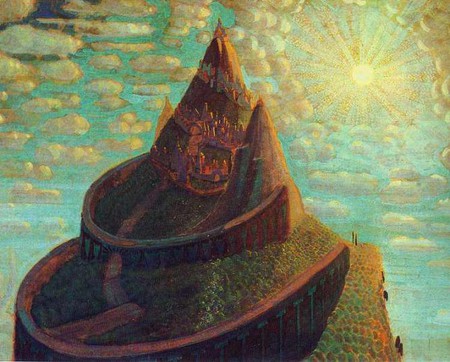 M. K. Čiurlionis was an extremely talented turn-of-the-century painter and composer. He is still considered to have been the greatest artist and one of the best composers in the country to date. His art is symbolical, transcendental, sometimes abstract and often weird and wonderful in the extreme. Take his 1909 piece ‘Rex’, depicting a sort of polytheistic deity combining every worldly religion in his dominion over the earth and the universe. 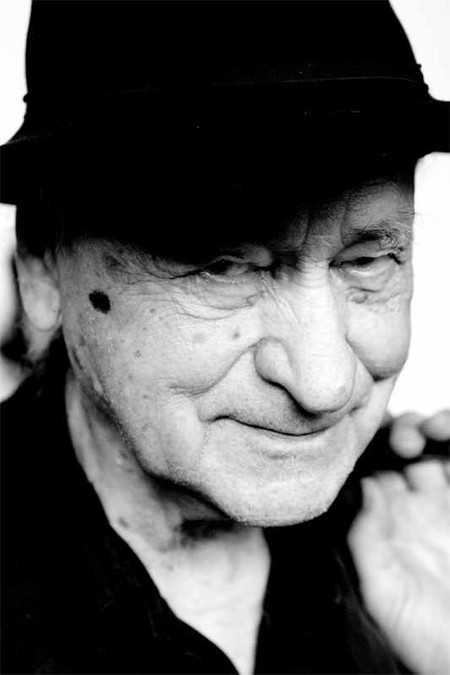 Mekas is a Lithuanian-American filmmaker, poet and artist who has often been called “the godfather of American avant-garde cinema”. Born in Lithuania, he escaped the country in 1944 due to the war and Soviet Occupation, was imprisoned by German troops, managed to escape and has lived in America ever since. During his long career Mekas has collaborated with such artists as Andy Warhol, Yoko Ono, John Lennon and Salvador Dalí. In 1962, he co-founded Film-Makers’ Cooperative and then the Filmmakers’ Cinematheque in 1964, which eventually grew into Anthology Film Archives, one of the world’s largest and most important repositories of avant-garde film. He has received many international awards for his films, such as the Pier Paolo Pasolini Award in 1997 and the Los Angeles Film Critics Association’s Award in 2007.

Oskaras Koršunovas is a contemporary Lithuanian theatre director, playwright and choreographer. He is one of the few Lithuanians whose name is widely known in the world, especially in artistic circles. Among his many awards and achievements are a Fringe First at the Edinburgh International Theatre Festival (for the play There to Be Here, 1990) and a Mira Trailovic Grand Prix at Belgrade International Theatre Festival (for his interpretation of Romeo and Juliet, 2004).

Škėma was the biggest innovator in Lithuanian literature. A modernist writer, actor, director and playwright, Škėma moved to Germany in 1944 due to the Soviet Occupation, and later to the USA, where he tragically died in a car accident at the age of just 50. His most famous novel is The White Shroud (1958); a modernist masterpiece inspired by the existentialist works of Franz Kafka and Albert Camus. The writer’s style is very autobiographic and original, he often uses the technique of stream of consciousness to depict his characters’ minds. 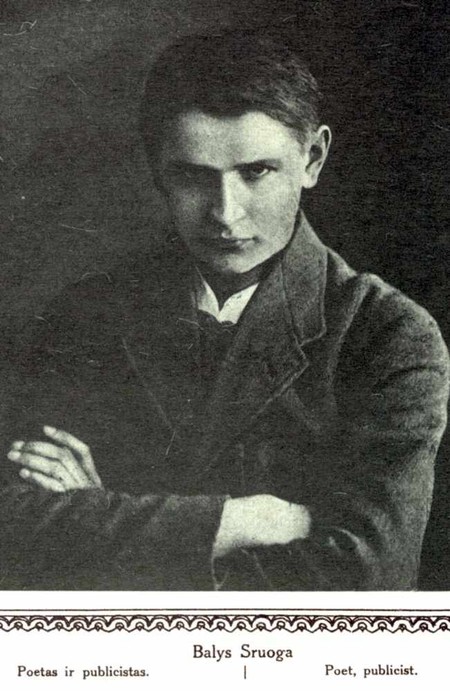 Balys Sruoga is one of the most famous and influential Lithuanian writers of the 20th century. His autobiographical novel The Forest of the Gods is probably one of the best and most striking portrayals of Nazi concentration camps in literature. Sruoga was sent to a concentration camp in Stutthof in March 1943. In the book he reveals his life in a concentration camp through the eyes of a man whose only way to save his life and maintain his dignity was to view everything through a veil of irony and humor. Those two qualities were the only way to save the writer from madness or suicide in such cruel and inhuman conditions. The Forest of the Gods was also made into a movie in 2005. 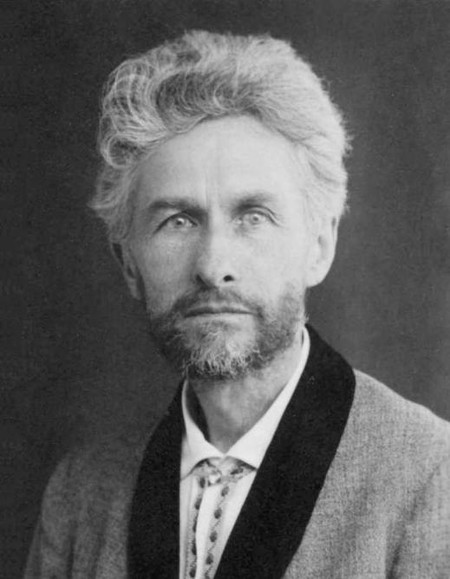 Vydūnas (real name Wilhelm Strorost) was a Prussian-Lithuanian poet, humanist, philosopher, writer, a leader of the Prussian-Lithuanian national movement in Lithuania Minor, and one of the leaders of the theosophical movement in East Prussia. He is best known for his philosophical writings which are very much inspired by the theosophical teaching combining religion, philosophy and science. He is an important figure in the Lithuanian national movement, since one of the main goals of Vydūnas‘s philosophy was to understand what constitutes a nation and how a nation can survive during times of war and occupation. 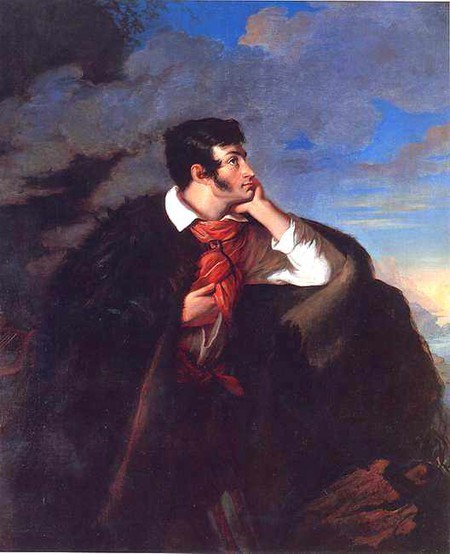 A painting of Adam Mickiewicz | © WikiCommons

Mickiewicz is an important figure for both Lithuanian and Polish cultures. He was the principal character in the Lithuanian and Polish Romantic movement. The writer is known chiefly for his poetic drama Dziady (“Forefathers’ Eve” in English), which has been likened to Goethe’s Faust and Byron’s Manfred, along with the nationalistic epic poem Pan Tadeusz. He was passionate about national and personal freedom, opposed to the serfdom system and the Russian Tsarist regime. All of these values and beliefs are reflected in the poet’s works which are not only beautifully written but also ideologically strong and persuasive; all of which are most revered a little to the west, in Poland.

Pranciškus Smuglevičius was the most famous classicist painter in Lithuania who lived during the 18th century and spent the last 10 years of his life working as the chair of the drawing and painting department at Vilnius University. Most of his works depict religious scenes from the Old and New Testaments, but he also created a lot of paintings that had historical, mythological or symbolic subjects. Lithuania‘s capital city, Vilnius, was close to the artist‘s heart, and he has painted a lot of the city‘s architectural monuments, historical events and the daily lives of ordinary people. 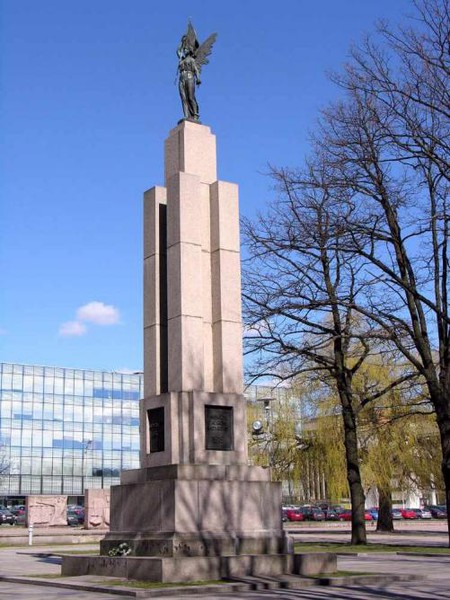 The Statue of Liberty in Kaunas by Juozas Zikaras | © Algirdas/WikiCommons

Zikaras was one of the first Lithuanian professional sculptors. Having graduated from St Petersburg‘s Academy of Art, the sculptor came back to his homeland and produced a great amount of important sculptures that now decorate some important buildings in Lithuania, such as churches and museums. Perhaps his most famous work is “Knygnešys“ (“The Smuggler of Books”) which stands in the garden of Kaunas’ War Museum. The sculpture depicts a Lithuanian phenomenon: book smugglers – people who, risking their lives and freedom, smuggled books into Lithuania from abroad in circumvention of the censorship of the Russian Empire.

“Ars” was an avant-gardist art group created in 1932 by four graduates of the Kaunas Art School: Antanas Gudaitis, Antanas Samuolis, Viktoras Vizgirda and Juozas Mikėnas. What began as a single exhibition of avant-garde paintings and graphic works soon became a union of artists who were connected by their particular painting style. Their art can be defined as a new and modern interpretation of Lithuanian folk art, all with a hint of Parisian styles (since many of the members have also studied in Parisian schools). The group was also the one to announce the first ever artists’ manifest in Lithuania, in 1932.