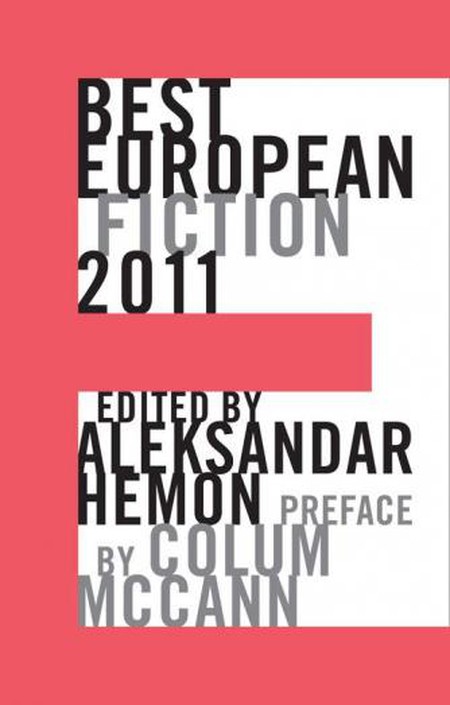 Although known as an accomplished political commentator and author of fiction, Stefan Sprenger also works as one of Liechtenstein’s most unique visual artists. Sprenger’s trio of vocations often intersect, fuse and overlap, articulating the complex vision of its creator. For instance Sprenger’s visual mediums, including various installations and design concepts on display in his native Liechtenstein, have seemingly inspired his prose. Sprenger’s visceral, immediate and intimate prose canon is unfortunately not yet available in English translation, although it has been widely celebrated in Liechtenstein.
Most recently however Sprenger saw the publication of his short story Dust in 2011’s Best European Fiction, the wonderful yearly anthology published by Dalkey Archive Press. A narrative introspection of the substance of its title, Dust chronicles three lives while also investigating the connecting threads between us, how a personal insignificance is often anything but, and it is a beautifully crafted exploration of human intimacy.

Ricocheting between a dust ridden studio space, a laboratory of scientists studying a dust discovery of sorts and an infuriating musician whose passion forgives his cliché rock star archetype, Dust is a story of arresting potency. Sprenger’s investigation of the macro and micro is relentless and his tale of human intimacy is tightly controlled, beautifully crafted and articulated with intoxicating poetics.
In his recent interview with Dalkey Archive Press, Sprenger addresses the fact that no literary lineage exists in his native Liechenstein (in which the native language is German); while there are a few loosely associated authors all working and living in Liechtenstein, a brotherhood of national writers working and aspiring to a national tradition is very much absent. With this Sprenger considers the ever-debated act of ‘translation’ itself. The cadence of literature, natural but meticulously pursued, is often silenced in the linguistic rebirth of another tongue. Citing these dangers associated with translation, Sprenger then continues to explain his personal experience with translation, one that involves a series of intense and thorough meetings with a translator, in which they are not ‘author and translator’ but co-collaborators.
Read Sprenger’s Dust now available in the 2011 edition of The Best European Fiction Series: An annual anthology of stories from across Europe and published by Dalkey Archive Press.