Why You Have to Visit Latvia This Summer 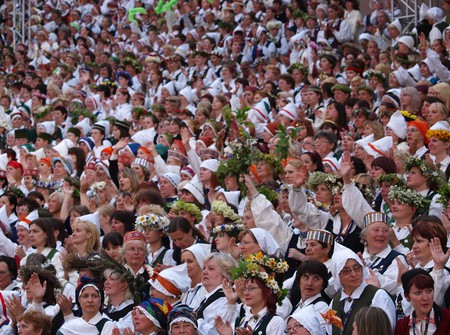 Once every five years, more than 30,000 singers, dancers, musicians and folklore collectors gather in Latvia to celebrate their heritage and culture. Vispārējie latviešu Dziesmu un Deju svētki (Latvian Song and Dance festival) is possibly the biggest national song and dance festival in the world. This year, Latvia celebrates the 100th anniversary of its independence and the grandiose festival, taking place in June, is the best place to celebrate the occasion in style.

The song and dance festival tradition

Practising choral music and traditional folk dance is something that’s prevalent in Latvian culture, with almost every Latvian taking part in these activities at some point of their lives. It is seen as a very important part of Latvian heritage.

Every five years, this love of singing and dancing manifests into an impressive, moving event that that gathers tens of thousands of participants. The Latvian Song and Dance festival takes place in Riga and several other regional centres, lasting for more than a week as each venue hosts a range of different events. This year, the festival is due to run from June 30 to July 8. 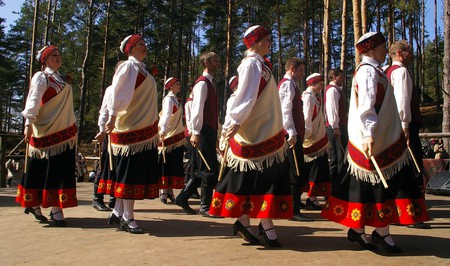 The biggest celebration in years

This year, over the course of various smaller and larger concerts, close to 40,000 people will perform and more than half a million people from all over the world will come to enjoy this unique event.

The culmination of Song and Dance Festival week is the last day, when all the participants will march through the city in the morning then gather together later in the evening for the Grand Finale Concert: an overwhelming experience not to be missed. This year, with the centenary of Latvian independence, the event is sure to be the best one yet. 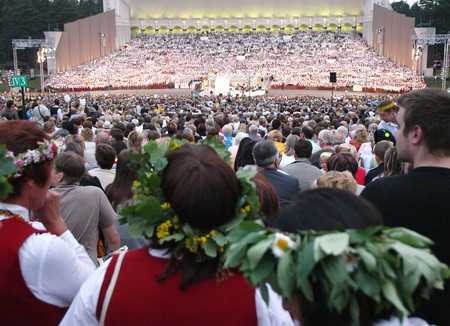 Keeping traditions alive around the globe

The first festival took place in 1873, and since then it has always been a symbol of the Baltic national identity. Similar events also take place in Estonia and Lithuania.

As many people fled the Baltic states during the two world wars, many Latvian diasporas were created across the world where people soon sought ways to hold onto their traditions and heritage in a foreign land. As a result, several Latvian song and dance festivals have also taken place in Chicago, New York, Seattle and even Adelaide, Australia – although none has reached the scale of the original in Latvia. 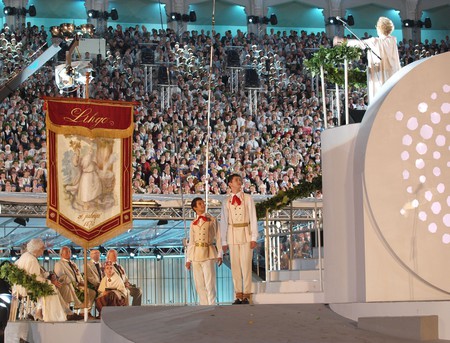 The best choirs in the world

The Song and Dance Festival tradition has raised Latvian choir standards to an international level, and Latvian professional choirs are now recognised as being among the best in the world. At the World Choir Games, Latvia consistently wins top prizes, and even hosted the games in 2014. The country also received the World Choir Games Peace Prize 2014 for its choral singing traditions.

To see performances from world-renowned choirs, soak up traditional culture and celebrate 100 years of Latvian independence, the Vispārējie latviešu Dziesmu un Deju svētki is one event you can’t miss this summer.