The Top 10 Things to See and Do in Riga, Latvia

Riga is an increasingly popular destination for a city break. While not as busy as neighbouring Stockholm, it boasts a world famous Old Town with intricate Hanseatic and Art Nouveau architecture, and a history stretching from the Middle Ages to the still palpable spectres of the Soviet Union. There is much to explore, so read on for our list of the top 10 things to do in Riga. 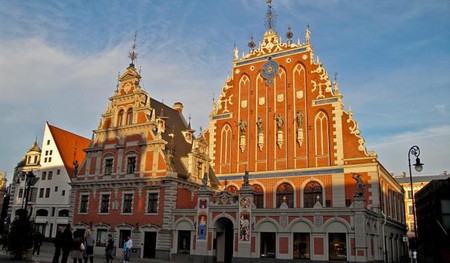 Riga has many churches and even a few cathedrals, but the view from St Peter’s spire is unbeatable. A flight of stairs and an old, sometimes crowded lift will take you to the top, where you can admire the red roofs and cobbled streets of the Old Town, and the beautiful, vivid blue of the Daugava river separating the city’s left and right banks. Go on a sunny, cloudless day and it won’t disappoint. Afterwards, go back down and wander through the church, where temporary art exhibitions are often held. 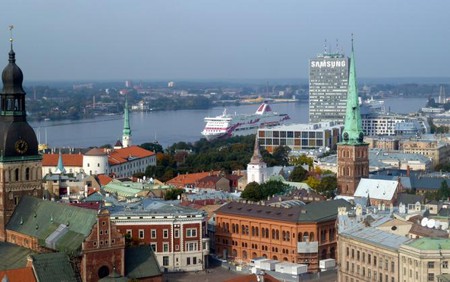 Right next to some of Riga’s most famous architectural landmarks stands a big modern black building. This is the Museum of the Occupation of Latvia, recalling the period from 1940 to 1991 when Latvia was occupied by Soviet Russia, then Nazi Germany, and then Soviet Russia again. This museum is thus a haunting memorial to the victims of the Holocaust and of Soviet repression. Further this visit by heading to the Riga Ghetto and Latvian Holocaust Museum. The staggering length of the list of victims gives an idea of how much suffering Latvia went through in the twentieth century.

Walk around the Art Nouveau district

To the north of the Old Town lies the Art Nouveau district. There the red brick and grey stone of the Old Town is replaced by tall, colourful late 19th-century buildings with a wealth of sculptured details, often of Classical influence. The district is large and central and therefore a good place for a long, meandering stroll. The very heart of it is Albert Street, where every building is worth looking at. It’s also the location of the Art Nouveau Museum, which is worth entering if only to see one of the most impressive Art Nouveau staircases in Europe.

Riga’s traditional drink is a liqueur made with many different plants mixed in vodka. It is sometimes described as having a medicinal taste, and legend says Russian Empress Catherine II became ill while visiting Latvia and could only be cured by drinking Riga Black Balsam. Though the story’s veracity is rather doubtful, it would be a pity to leave Riga without experiencing this unique drink, which you can easily find in restaurants, bars, and shops all over Latvia. It can be drunk on its own or in cocktails, although be warned, it is very strong. 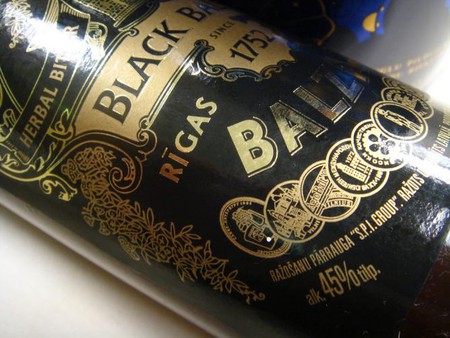 Go on a free walking tour

There’s a lot to see in Riga but it can be difficult to choose what to look at and in what order. A good solution is to go on a walking tour. As a bonus, you get to learn all of the hidden facts you wouldn’t have learnt from just looking at the monuments or reading about them in a guidebook. There are free tours every day at 11am (organised by Tours in Riga) or at 12pm (organised by Riga Free Tours).

Museum
Facebook
Email
Twitter
Pinterest
Copy link
Share
Map View
The Sun Museum is a rather odd museum entirely dedicated to how different countries and cultures view the sun. Even if the sun plays an important role in traditional Latvian culture, the museum’s big collection of almost 400 depictions of it comes as a surprise, as does the idea that someone traveled extensively just to look for them. All in all, the Sun Museum is a charming little place for some unexpected astronomical learning and will be sure to make for a good anecdote.
Open In Google Maps
30 Vaļņu iela, Rīga, Massachusetts, LV-1050, Latvia
+37167225587
Give us feedback

Go shopping at the Central Market

It would be worth having a look at this market just to see the buildings that house it—five pavilions built upon old German Zeppelin hangars in Art Nouveau style. But there’s so much more to Riga Central Market, it’s the largest market in Europe so there’s a good chance you can hunt for and find unexpected treasures there. Not only is it a fascinating place for tourists but, unlike many markets in popular European cities, a real place of trade for many Latvians, who buy their groceries and everyday products there. 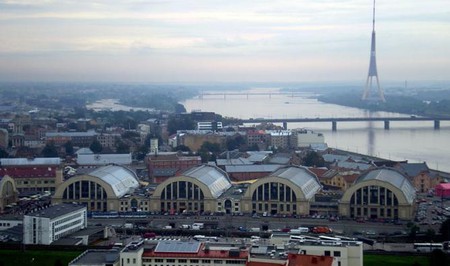 With reasonable prices, friendly locals and tourists, and many, many bars, Riga is now on the map as a party destination. To experience as many establishments as possible, many hostels organize bar crawls, for example Naughty Squirrel. Locals and tourists enjoy singing karaoke at the huge Rock Café. But it’s not always about loud partying. The popular bar I Love You is a good place to sit down for a drink, as is Chomsky. There are also clubs, catering to all tastes, like Nabaklab, and ONE ONE.

Go on a day trip to Jūrmala

A beautiful seaside resort a half-hour from Riga proper and fifteen minutes from the airport, Jūrmala has been a choice destination for Eastern European holidaymakers for over a century, even high ranking Communist officials often liked to relax there. The main attraction is of course the beach, a 33km long stretch covered with white quartz sand. But there are also many green spaces, in particular the lovely Dzintari Forest Park, and wooden architecture in Art Nouveau style. To get to Jūrmala, take a train from Riga’s Central Station.

An ensemble of 19th-century buildings in a quiet part of Riga is located half an hour away from the center, Kalnciema Quarter. In the quarter can be found open air or inside concerts, outdoor markets, art exhibitions, and movie nights. There is always something happening but the best moment to visit is between April and September, when the weather is nice and there are more open air events. It is also a good place for a meal or to buy a nice bottle of wine.