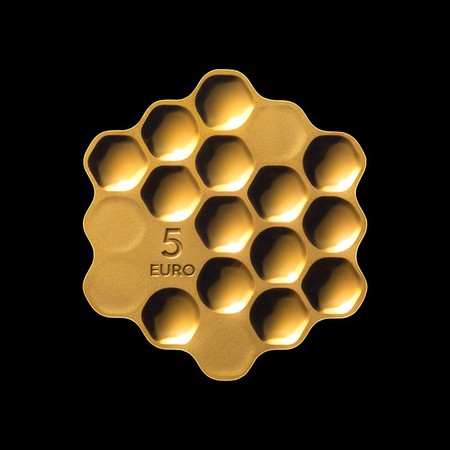 A honeycomb-shaped €5 coin designed by Arthur Analts celebrates Latvia’s commitment to going green and the country’s abundance of natural resources.

Latvia has a new limited-edition €5 coin, and it takes its design from a tasty piece of honeycomb. London-based Latvian designer Arthur Analts created the coin, which won the annual design competition held by Latvijas Banka (The Bank of Latvia). It has since been minted by the Lithuanian Mint and issued as a collector’s item.

The honeycomb structure is intended to highlight Latvia’s commitment to preserving natural resources; it is the greenest of the Baltic countries and, according to the 2018 Environmental Performance Index, the 37th greenest country in the world. Analts inspiration for the coin came from a quote attributed to Albert Einstein: “If the bee disappeared off the face of the Earth, man would only have four years left to live.”

Called the Honey Coin, the item is hexagonal in shape and features curved edges. The cells that decorate its interior are similarly hexagonal, modelled after the adjoining wax cells made by bees to store larvae, honey and pollen. Some of the cells within the coin are empty, while others are solid as if brimming with golden honey. 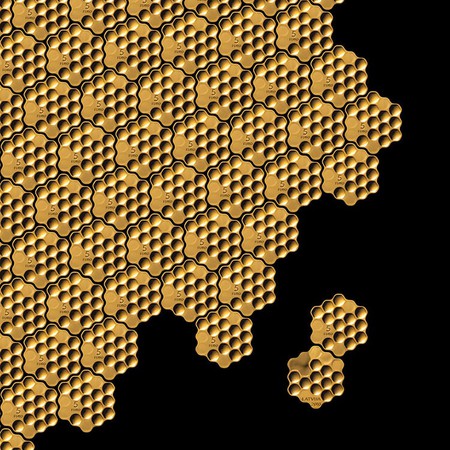 To further connect his creation with its country of origin, Analts flattened some of the cells on one side of the coin to create an abstract outline of Latvia. Plus, the designer made sure that each cell across both sides of the coin were slightly different from one another, thus replicating a real-life honeycomb and also reflecting the uniqueness of Latvia itself.

Although this is the world’s first honeycomb-shaped piece of currency, collectors coins have been outside-the-box items for quite some time. The Marijuana Coin from Benin, for example, features a large green leaf one side, while the Isle of Man’s Egyptian Pyramid Coin is shaped like – you guessed it – a pyramid. There is even a motorcycle coin out of Somalia, perfect for those with a need for speed.