Why You Need to Experience a Traditional Baltic Bathhouse 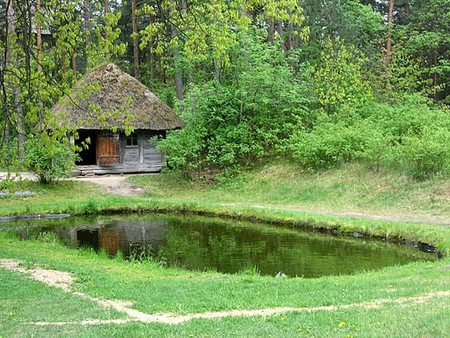 Sauna and bathhouse traditions in Northern Europe have been an important part of everyday life and culture for hundreds of years. While Finland has the best-known sauna culture, the Baltics also have a strong bathhouse heritage that deserves to be explored.

Bathhouse traditions in the Baltic region have been in place since the 19th century. Every country house used to have a bathhouse which was always used for bathing and healing rituals. Nowadays, even though people have showers with hot water at home for proper bathing, bathhouse traditions are still going strong.

A bathhouse ritual in the Baltics is much more than just washing—the current culture still follows the wisdom of its ancestors when bathing to get rid of stress, let go of the tension and restore the power of the spirit. These methods were used in the past when modern medicine wasn’t available, so bathhouses have always played a significant role in Baltic healing. 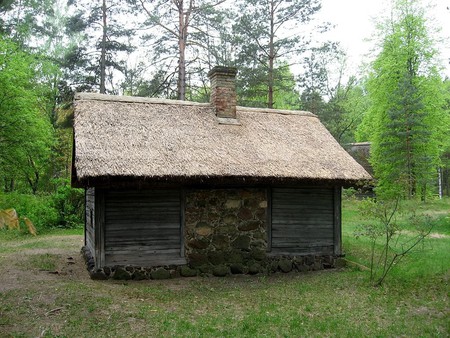 What are the differences between saunas and bathhouses?

The sauna traditions in Finland and the Baltics have the same roots and values—saunas are seen as way of maintaining physiological and mental well-being. However, Finns tend to use saunas for relaxation with friends and family while in Baltic countries, people treat them as a place for washing and herbal therapy, which is why they’re known there as bathhouses.

Scandinavian saunas (especially those in Finland) tend to be dry air bathhouses with very low humidity and temperatures that reach 110 °C (230 °F). The heat source is a furnace powered by burning wood or electricity and surrounded by a pile of stones that radiate heat into the air. By contrast, Baltic bathhouses are most commonly wet air or steam bathhouses. They have built-in chimneys and use a stove as the heat source. In the Baltic countries, especially in Latvia, it’s common to use a variety of different natural plants for the detox rituals. 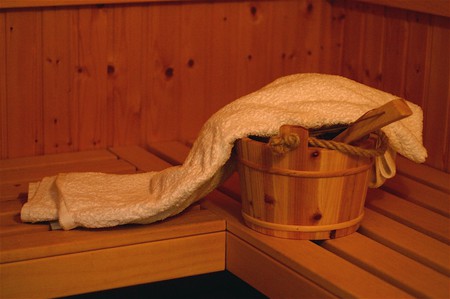 How do you use a Baltic bathhouse?

For visitors, shyness can be the biggest obstacle to experiencing one of the greatest bathhouse traditions of bathing since complete nudity is necessary for the procedure. Usually, the person lies down on the sweating shelf and the bathhouse master performs a procedure of massaging or swatting them with a soaked dried birch branch or a besom made of different plants and twigs bound in a bunch. These branches for the bath house procedures are collected specifically at the beginning of the summer to ensure that the leaves will stick to the branches. 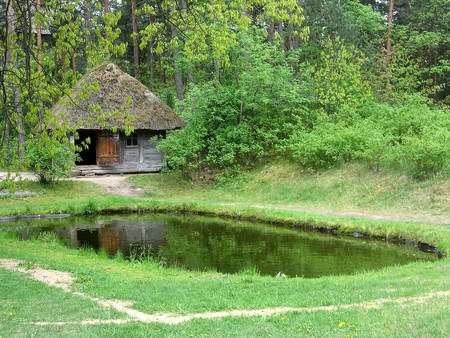 Steaming beneath a plant rug is another unique bathhouse experience. During the summer when the meadows are blooming with flowers and plants, people collect them to make plant rugs which are then placed on the sleeping shelves in bathhouses. Under the influences of heat and steam, various biochemically active substances are released from the plants which, upon making contact with the human body, create a healing effect.

After being in the heat and steam of a bathhouse, it’s important to give the body a cold contrast. This is done by jumping into a cold lake, a river or snow, after which a calming shower is taken as the finishing touch of the ritual. The essence of the bathhouse tradition in the Baltics is to allow the body to be affected by the heat and moisture, subject it to the cold and then rinse it all off in a shower. 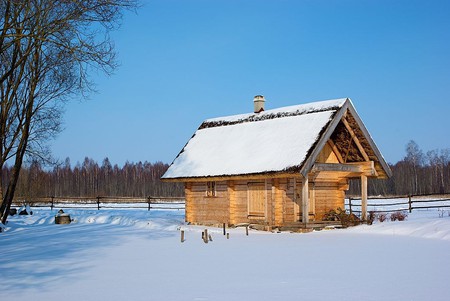 Nowadays, it feels like everyone is always in a rush. A bathhouse ritual in the Baltic countries is a great way to slow down for a moment and cleanse your body and mind. People cherish this tradition, as it provides a natural boost of energy and health that’s been passed down through generations.