9 Latvian Foods You Must Try to Eat Like a Local 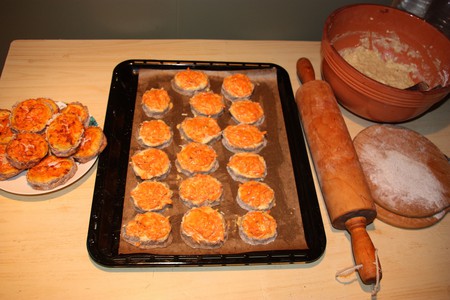 To understand Latvian culture and traditions better, you must get to know the cuisine with all the unique dishes, including kvass, those with mushrooms, and dark rye bread. At first some of the dishes might seem odd, but if you are open to an unforgettable gastronomic journey in Latvia, you’ll want to take all the food back to your home.

Rye bread is extremely popular in Latvia and there are plenty of different types, including dark or sweet sourdough rye bread. Latvians love to accompany almost every dish with rye bread. It is also common to eat it with butter and cheese or ham for breakfast. 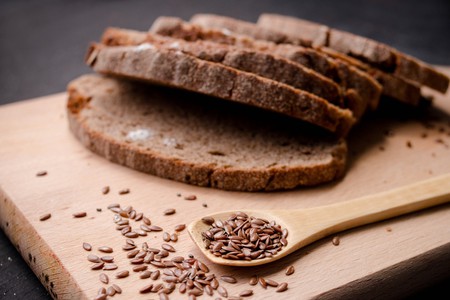 Beetroot soup is a unique Latvian dish, which is also very popular in Lithuania. At first, it might taste and look a little odd because let’s be honest; no one expects a soup to be purple. However, things can get even crazier when you try cold beetroot soup, prepared using kefir, beetroots, cucumbers, eggs, and herbs. 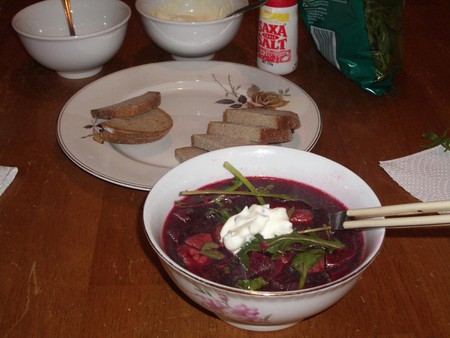 Speck is a type of smoked bacon made from pork belly. It is extremely fatty food and became popular in Latvia many centuries ago when villagers had to consume a lot of energy to be able to work hard in the fields. One of the most traditional dishes made with speck is pelēkie zirņi ar speķi. It is a simple dish made from many different types of peas, mixed with fried onions and speck. 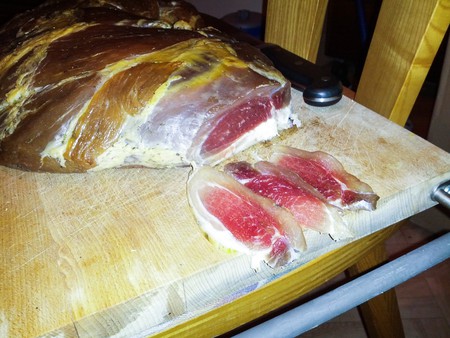 If cold beetroot soup is not strange enough for you, you must try bread soup, which is considered to be a dessert in Latvia. This soup is made from rye bread mixed with sugar, dry fruits, and whipped cream. Most of the Latvians love the taste of this soup as it reminds them of childhood and brings back good memories.

Kvass is a unique drink, only popular in Eastern Europe, made from rye bread. Kvass is not considered to be an alcoholic drink, but it contains up to 1.2% alcohol in it. Homemade kvass has similar taste to beer, but it is a lot sweeter. 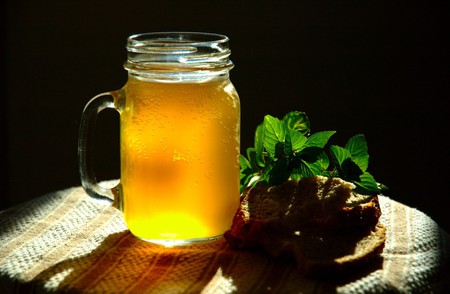 Mushrooms are a big part of Latvian cuisine and during the autumn, people rush to the forests to pick fresh mushrooms for the upcoming year. There are plenty of traditional Latvian dishes made from mushrooms, but the most delicious must be fried boletus with salt, rye bread, and herb-flavored butter. 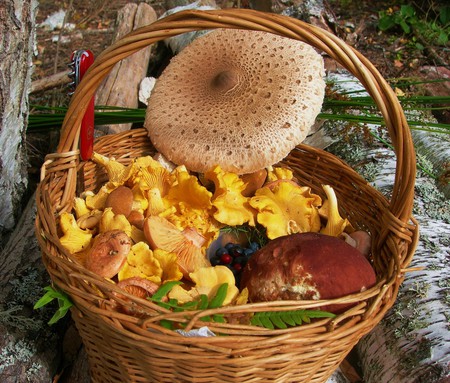 Latvia has a lot of access to the Baltic Sea, so it is not a big surprise that fish takes up a big part of the Latvian cuisine. The most traditional fishes are probably cod, pike, and eel, but there are plenty more. Liepajas menciņš is a signature dish of Liepaja, which is made from smoked cod, potatoes, and onions. You must definitely try it to fully understand the magic of Latvian food. 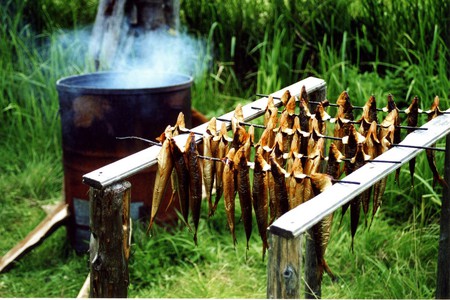 Potatoes, in general, are extremely important for the Latvian cuisine as it is one of the vegetables that can easily grow in the local fields. Even though most of the people could hardly imagine pancakes made from potatoes, Latvians could not imagine their lives without this dish. You must try potato pancakes in one of the local restaurants, but make sure that it comes with sour cream and speck sauce. 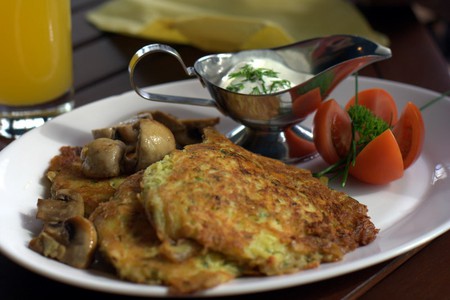 There is something about dill in the Baltic states that makes it the most popular and dominant herb of all. You’ll probably find some dill in every dish of the Latvian cuisine, including smoked fish, potato pancakes, or fried mushrooms.