The City Where the Wind Is Born: 24 Hours in Liepāja, Latvia 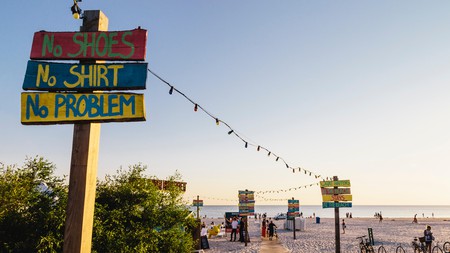 Discover how to make the most of a day in Liepāja, Latvia’s very own ‘windy city’. In 24 hours, visitors can take in Latvian rock music, contemporary art, a pristine white sand beach and a former military prison. 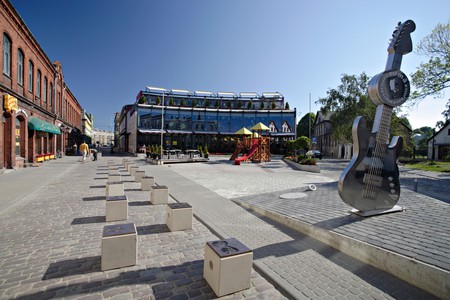 A port city on Latvia’s west coast, Liepāja is affectionately known locally as ‘the city where the wind is born’, owing both to the persistent sea breeze and the city’s creativity and independent spirit. From sampling local craft beer to wandering through the Pētertirgus (Peter’s Market) and discovering the nearby historic Karosta Prison, there is no shortage of things to do in Liepāja.

Start the day with breakfast at Darbnīca, a trendy but homely hang-out on Lielā iela – think hanging lamps, exposed brick and mismatched furniture. Try the buttery croissant with salmon and dill cream cheese or, for something more substantial, perhaps the breakfast burger with egg and bacon.

Fuelled by food and arguably the best latte to be had in the city, head over to the nearby Holy Trinity Cathedral. This Baroque-style church is famed for its musical credentials – it boasts the world’s largest original (i.e. not reconstructed) mechanical organ, with over 7,000 pipes.

Now make the short walk to the Great Amber Concert Hall. This award-winning building is known for its transparent, amber-coloured facade, which was designed to resemble a piece of the yellow-orange gemstone that often washes up along the Baltic coastline. The facade “bathes the inside area in soft, warm light”, says the project’s Austrian architect, Volker Giencke. With over 1,000 seats, this is the largest concert hall in the Baltic region and is now home to the renowned Liepāja Symphony Orchestra. While you might not have time to catch a concert during your brief stay in the city, take the lift up to the seventh floor to admire the building’s design and enjoy views across Liepāja. 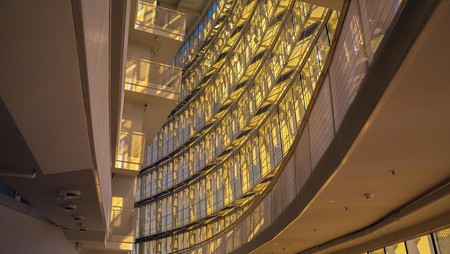 From here, stroll west towards the jewel in Liepāja’s crown: its immaculate Blue Flag beach, stretching over eight kilometres (five miles). Thanks to the near-ubiquitous breeze, this white sand beach is a favourite among kiteboarders and windsurfers. On the way, take time to appreciate the pastel-coloured houses, many with ornate balustrades and verandas, around the elegant Swan Pond (Gulbju dīķis). After a walk on the beach, head back into the centre via the Ghost Tree – a tribute to Līvi, one of Latvia’s most famous and beloved rock bands. This stainless-steel memorial takes the form of a six-metre-tall (20-foot-tall) tree, but five instruments can be discerned in its branches if you look closely. The band’s most popular songs play on a loop, but press the buttons on the surrounding benches to hear a song of your choice.

Walking in the sea air is hungry work. Sit down for lunch at ROMA, set in a charming courtyard in the city centre, just off Zivju iela. This Italian-Latvian restaurant’s elegant chandeliers belie its very reasonable prices – try the daily specials, which usually include a soup, salad, main meat dish and dessert, with prices generally between €1.90 and €3.90 (£1.60-3.30).

Pop into the Galerija Romas Dārzs next door to admire Latvian modern and contemporary art in an underground labyrinth of galleries, before taking a quick stroll down the Latvian Musicians’ Walk of Fame on Zivju iela. As the Ghost tree attests, Liepāja is the capital of Latvian rock. Opened in 2006, the Walk of Fame features the handprints of 40 of Latvia’s most renowned musicians.

A five-minute walk south brings you to the Pētertirgus, whose Art Nouveau pavilion and surrounding areas are packed with stalls groaning under the weight of freshly picked mushrooms and berries, meat, fish, cheese and tempting sweet treats.

The afternoon is about to take a turn – it’s time to head to prison. Either take a 15-minute taxi ride or catch the No 22 bus (get on at Kurzeme and off at Turaidas Iela) across the river to reach Karosta. Built as a naval base for the Russian Tsar Alexander III, Karosta later served as a base for the Soviet Baltic Fleet. Its infirmary building functioned for most of the 20th century as a Nazi and Soviet military prison, used to ‘re-educate’ disobedient soldiers and deserters. Used as a detention centre as late as 1997, today the notorious Karosta Prison has found a new lease of life as a tourist attraction, with ‘guards’ offering hourly tours of the facility and visitors even having the option to spend the night in a cell. 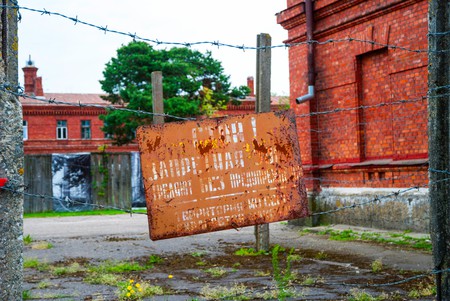 While in Karosta, you can also visit the 1,800-metre-long (5,906-foot-long) Liepāja Northern Breakwater for a ‘walk on water’, as well as the somewhat ghostly Northern Forts. Built in the late 19th century to protect to the naval base, these fortifications were shut down and unsuccessfully blown up in 1908, leaving the concrete bunkers partially ruined and abandoned. Today, these remains lie in limbo, slowly being reclaimed by the sea and attracting graffiti artists, who add contemporary touches to the Tsarist-era ruins. 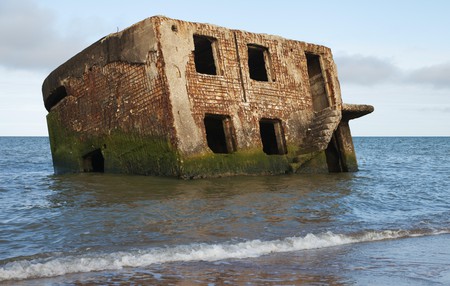 Get back on the No 22 bus at Atmodas bulvāris back to Kurzeme. Far from prison rations, Liepāja’s wide variety of restaurants ranges from Tex-Mex to gourmet sushi. If you want local flavours for dinner, however, make a beeline for Pastnieka Māja (‘The Postman’s House’). So named for the occupation of its former resident, this renovated 19th-century wooden house is a great place to try Liepājas menciņi – a creamy stew of smoked cod, potatoes and onions, traditionally served in a ceramic pot. On summer evenings, Pastnieka Māja is best experienced from its charming courtyard.

There’s no better place to get a sense of the burgeoning Latvian craft-beer scene than at Miezis un Kompānija. This trendy, intimate bar boasts an impressive list of local and international beers, both draught and on tap, including ales from Riga’s Labietis brewery. Jānis, the manager, is on hand to advise, should you be overwhelmed by the choices.

If you time your visit right, end the night at the quirky Wiktorija – a Soviet-era cinema that has been reborn as one of Liepāja’s coolest music venues. With eclectic decor featuring Persian-style rugs, Wiktorija also has a bar and a recording studio. As the venue is only open for specific events, check its Facebook page for upcoming concerts.

More information about Liepāja and travelling in Latvia can be found on Latvia Tourism.