Why Everyone Should Visit Priština at Least Once in their Lifetime 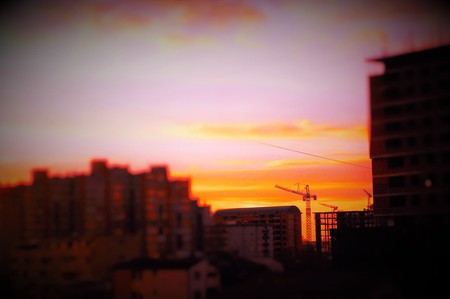 Priština is the capital city of Kosovo, Europe’s youngest country, and it is one of the coolest and most vibrant capital cities in the Balkan Peninsula. It may not be as charming as other Eastern European towns, but what it lacks in beauty, it makes up for in atmosphere. This article will show you why everyone should visit Priština at least once in their lifetime.

It is the youngest capital city in Europe

It’s true, Priština is the youngest capital city in Europe; Kosovo declared its independence from Serbia on the 17th of February 2008. It is so young that there are still a few countries that don’t recognize it as an independent state. When you are in town, don’t miss the chance to visit the Newborn monument, a peculiar symbol of the new country that changes its look every year on February 17th. This year, in celebration of the 10th anniversary of independence, the monument contains the number 10.

It has wonderful café culture

One of the coolest things in Priština is the vibrant café culture. The town is full of gorgeous cafés, most of them stylish and trendy and frequented by students, as well as the international community. Two of the best places in town to taste great coffee are Soma Book Station and Dit’n’Nat; both are located in the city centre.

I have learned the one and only word in Albanian that will get me anywhere and open millions of possibilities in the Balkans. Are you ready? Are you on the edge of your seat? Here it is. A secret from moi to you… hajde – pronounce ‘hayde’. It has the phenomenal power to mean ‘let’s do it’, ‘let’s go’, and in Kosovo in particular to mean ‘come on over, let’s do it’, as in… sure, let’s do this and whatever it means, I’m in. 💁🏻‍♂️ – Frenchie, do you want more grilled meat? Hajde! – Are you going to have another glass of wine? Hajde! – Do you want to try this Balkan after dinner drink? Hajde! It has become my safe word. So when my friend said I know this spot that might be instagramable – I said ‘hajde’!! And he is not on IG… for the record, so this is saying a lot. @somabookstationofficial #travelwithfrenchie #frenchieandtheyankee #coffeesesh #coffeeshopcorners #offthebeatentrack #kosovo #abmtravelbug #madewithmap #tellon #keepexploring #goopgo #visualcrush #globalwanderer #coffeeshots #coffeelove #coffeeculture #butfirstcoffee #coffeelife #ilovecoffee #loverscoffee #baristadaily #wheretofindme #culturetrip #prettylittletrips #traveldeeper #iamatraveler

It has the quirkiest library in the world

Priština has plenty of buildings that reflect the Brutalist style that was popular during Soviet rule, but the most famous building is the National Library of Kosovo or the Pjetër Bogdan. It is a huge palace that hosts the largest library in the country. It was designed by the Croatian architect Andrija Mutnjaković, and it opened its doors to the public in 1982. Many people consider it as one of the ugliest buildings in the world, but it has its charm with its 99 domes and its metal fishing net cover.

A post shared by Biblioteka Kombëtare e Kosovës (@national_library_of_kosova) on Oct 9, 2017 at 7:30am PDT

It has a great vibe

No matter if you come to Kosovo in summer or winter, spring or autumn, Priština is always full of people. The capital city has one of the coolest vibes in the Balkans. The main pedestrian street, Bulevardi Nëna Tereza (dedicated to Mother Teresa, who was born in Skopje, Macedonia to an Albanian family from Kosovo), is always full of people during the day or night. So the best thing to do is to stroll down it and enjoy it like a local.

It has a mix of cultures

Priština, as well as the rest of Kosovo, is a place where many different ethnic groups coexist. Albanians represent the main ethnic group, but Serbs, Turks, Bosnians, Gorans, Croatians, and other communities also live in the city. With so many groups of people finding a home in Priština, the architecture has diversified as well. Here you will find mosques near Catholic and Orthodox churches, not something you see very often elsewhere.

It is a perfect base for great daytrips

Kosovo is a small country, so you can easily visit it’s main attractions in one week. Within an hour by car or bus, you can reach several exciting places from Priština, such as Prizren (considered to be the cultural capital of the country); Peja, which is the starting point to reach Rugova Canyon (the nation’s most beautiful wilderness area); and Gjakova, a beautiful town with a vibrant coffee scene.

If you don’t have time to explore these areas, make your way to Gračanica Monastery, a beautiful Serb monastery hidden in the forest just 15 minutes from Priština. There is also a bear sanctuary out that way that will make for a lovely afternoon.

🇽🇰 Once, bears in Kosovo were kept in cages on restaurants. Now, the bear sanctuary in Prishtina gives a great place to live in. 😀 🇽🇰 #prishtina #kosovo #kosova #europe #balkan