How to Spend a Day in Pristina 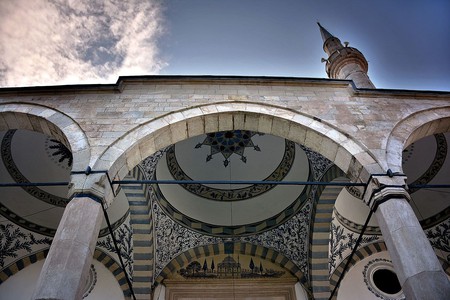 Pristina is the youngest capital in Europe and one of the least visited towns in the Balkan Peninsula. It does not have the charm of other destinations of Eastern Europe, like Budapest or Sarajevo, but it is a cool city that everyone should visit at least once in their lifetime. Read our tips on how to make the most of a beautiful day in the capital city of Kosovo.

The best way to start the day in Pristina is to head into one of the several cafés in town and enjoy a great Turkish coffee or espresso. Kosovo, like most Balkan countries, is known for its excellent café culture. Here it’s pretty much impossible to find empty bars and cafés during the day. For breakfast, go to Dit’e Nat’, a well-designed café hidden behind the pedestrian street Bulevard Mother Teresa. Sit down and order a cup of coffee with a slice of one of their vegan cakes. There is no better way to start the morning.

Then, go to the large boulevard and stroll through town until you reach the National Library of Kosovo. This is maybe the quirkiest monument in the Balkan Peninsula. It has been criticized by many people, but it has its charm. The library was built with iron and glass and was topped with 99 different-sized domes. Feel free to admire the domes from a variety of vantage points. 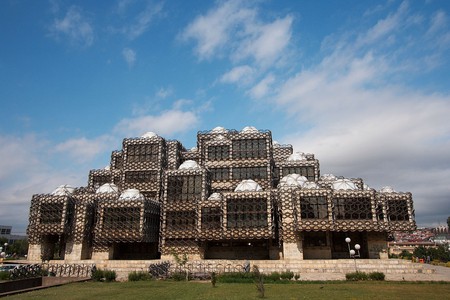 The façade of the National Public Library in Pristina | © qiv / WikiCommons

For lunch, go straight to Babaghanoush, one of the best vegetarian restaurants in the Balkans. This small place, hidden behind Rruga Garibaldi, is not far from Bulevard Mother Teresa and serves a mix of local and Middle Eastern cuisine. One of the best and tastiest things to order here is the ‘Buddha Bowl’ with rice balls, hummus and vegan bread.

After lunch, head to the old town of Pristina, home to a labyrinth of narrow streets, mosques, old shops, ancient houses and one of the best ethnographic museums in the country, the Museum Emin Gjiku. Entrance to the museum is free, and guides will explain the history of Kosovo under the Ottoman rule in excellent English. While you’re in the area, don’t miss the stunning Imperial Mosque and its terrific frescoes, located near the museum.

When the sun goes down, there are several things to do in Pristina, but before you go to dinner, you must stop by the Kosovo Museum, an interesting place with many archaeological artifacts from the country.

When you’ve worked up an appetite, it’s time to taste authentic Kosovar gastronomy. Pristina is home to two great traditional restaurants: Liburnia, mostly frequented by the international community living in town and tourists who want to try authentic Albanian cuisine, and Pishat, which serves excellent mezes right behind Mother Teresa boulevard. No matter what your choice is, you’ll be happy because both are very good. 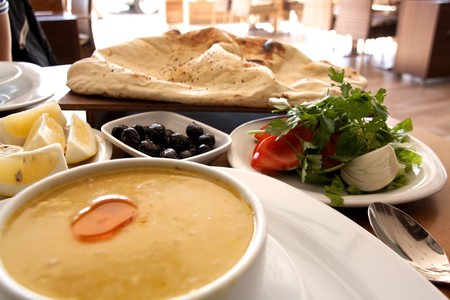 A traditional meze,made by a series of dishes, is a typical food of Turkey and Balkans | © Alanyadk / Pixabay

After dinner, a great thing to do is visit the symbol of Pristina, the Newborn monument, erected in 2008 after the declaration of independence from Serbia. Pristina is a lively town with cool places for having a fun night out, such as Soma Book Station, one of the coolest cafés in the Balkans. Go for a walk, and see where the night takes you.

When you’re ready to retire for the evening, there are several places to spend the night. However, one of the funniest and most entertaining places is White Tree Hostel, a nice hostel frequented by young travelers and located only a few steps from Mother Teresa’s Cathedral.