How Moviemakers Have Made A Breakthrough In Kosovo 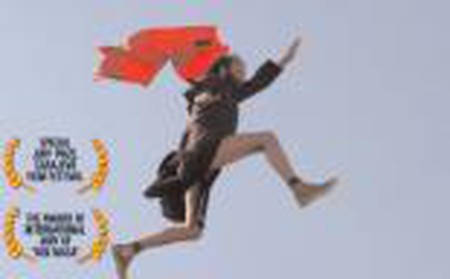 Since Kosovo declared independence in 2008, its filmmakers have increasingly sought to encourage public dialogue about social issues. Despite financial obstacles, resourceful directors have used different cinematographic techniques to produce inspiring films that leave audiences with a deeper understanding of the country. Here are five examples.

Donkeys of the Border

Jeton Ahmetaj’s Donkeys of the Border (2010) was one of the first movies produced in independent Kosovo. Set in 1968, it follows the journey of a schoolteacher who travels to Albania in search of the ideal state of communism. It was the first production to win international recognition for Kosovo’s promising film industry and won an award at the Festival of Eastern Europe in 2011. The low-budget film’s success not only encouraged Kosovo’s filmmakers but also highlighted the need for increased financing to encourage this budding industry. The Kosovo Cinematographic Centre is the main source of funding in Kosovo for films; however, it can still only fund a few films per year causing many filmmakers to seek international partnerships. According to Ahmetaj, Donkeys of the Border, “proves that Kosovo cinematography has international value…[and] will continue to demonstrate its value with other performances in the international market”.

At only 18 minutes 30 seconds, Ariel Shaban’s The Wedding Tape demonstrates the creativity and resourcefulness of Kosovo’s upcoming filmmakers. Steeped in satire, the film uses humor to address the dilemma facing young Kosovars between staying in their home country and finding a new life abroad. The main character must quickly stage a fake wedding video for his German visa application. With the help of his family, friends, and strangers he’s able to pull it off but realizes what he would be leaving behind in the process. The film won an award for Best Producer at the Abu Dhabi Film Festival in 2011. With the unemployment rate currently around 45 percent, much of the young population in Kosovo has decided to leave in search of better opportunities.

Blerta Zeqiri is one of the few female filmmakers in a male-dominated industry (only 16 percent of directors, executive producers, producers, writers, cinematographers, and editors worldwide are women). She endeavors to address pressing social issues through her films, using a mix of cinematographic techniques that make the audience feel closer to the characters and the situations they face. The short film The Return focuses on the return of a man to his wife and son after he spent the war in a Serbian prison. Employing a technique that focuses on dialogue and characters, the film gives an intimate view into the couple’s first few hours together, allowing the audience to experience how the couple comes to terms with their separate experiences of the war. In 2012, the film won the prize for the Best World Short Film at the Sundance Film Festival and the Audience Award at the Go Short Film Festival in the Netherlands. Zeqiri’s next project will highlight the issue of gay rights in Kosovo.

Isa Qosja’s 2005 film Kukumi was one of the first films to be produced in Kosovo after the war. After being liberated by foreign troops, three patients from a mental institution wander freely outside of the hospital’s walls for the first time. However, as the three try to comprehend their surroundings, they are met with animosity in the outside world. The prejudice they experience makes them long for the security of the hospital’s walls, which had protected them from the chaotic outside. Between moments of humor and sadness, the film explores questions related to freedom and the social challenges facing Kosovo in the aftermath of the war. It won awards at the Venice and Sarajevo Film Festivals in 2006.

Three Windows and a Hanging

Another film by Isa Qosja, Three Windows and a Hanging takes on the sensitive subject of rape during the war. In the film, the male elders of a small town are outraged by a local schoolteacher’s decision to tell a reporter that she and three other women from the town were raped during the war. The film confronts the tendency for the mass incidents of rape to be kept silent. There are no official statistics on the incidents of rape during the war, but it is estimated that approximately 20,000 women were victims of sexual violence. Only recently has national legislation been amended to allow victims of rape to receive financial support from the government’s fund for war victims and veterans. The film was the first to be nominated by Kosovo for the Oscars since it declared its independence in 2008.