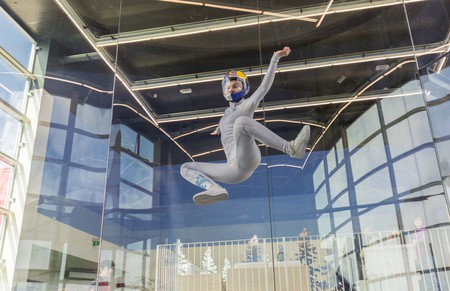 Kuczyńska, 17, has made a name for herself with her incredible choreographed routines since starting out in the sport seven years ago. This latest project sees the Polish teenager take to Milan’s new wind tunnel, drawing on her background to spin and float in the wind with incredible skill and agility.

Kuczyńska revealed, “I was 10 when I was in the tunnel for the first time but I remember that I was laughing and grinning the whole time not even focusing on the instructor because I was just so overwhelmed that I was actually flying.”

Using incredible flexibility and abdominal strength, Kuczyńska performs amazing tricks, many of which are inspired by skateboarding, with each movement potentially throwing the athlete off balance. Her unique talents have seen her become Indoor Skydiving Junior World Champion and earn fourth place in the Open Freestyle category at the 2016 FAI Indoor Skydiving World Cup.

Aero Gravity, opened March 11, houses a crystal cylinder measuring eight metres in height which is capable of duplicating the sensations experienced during a jump before the parachute opens. It features six powerful turbines and can simulate a free fall from an airplane at an altitude of 4,500 metres with breathtaking 310 kph blasts of air. 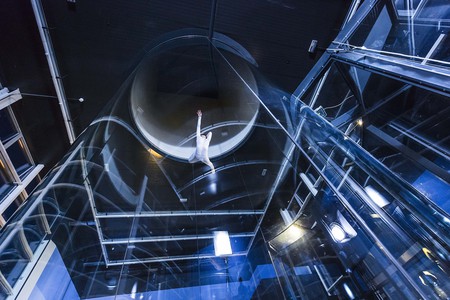 The facility is open to everyone from expert skydivers to amateurs and first-timers, even as young as 4 years old. You actually need very little to have a go in this amazing facility — there are no architectonic barriers or preliminary training needed and it can be done as one person or in a team as up to eight people.

“I’ve always flown in tunnels that were much much smaller than Aero Gravity Milan, now that a tunnel of such dimensions exists I believe it opens up incredible amounts for the sport,” Kuczyńska said. “I felt like I was tiny inside there, I could go every direction comfortably and not be limited by the caution that usually comes with flying. I am now focusing mostly on improving the dynamic of my flying, to both reflect delicacy and power in my choreographies.” 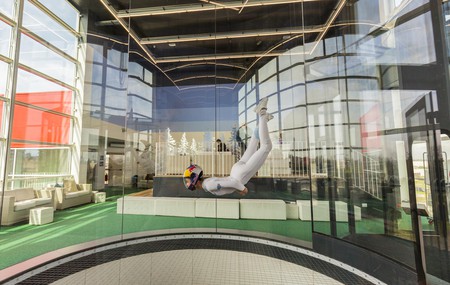 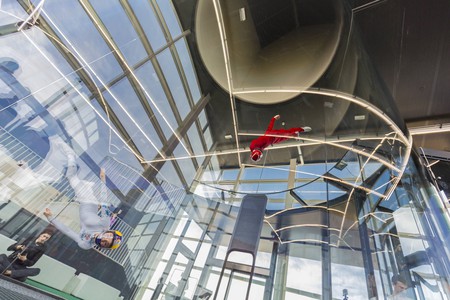