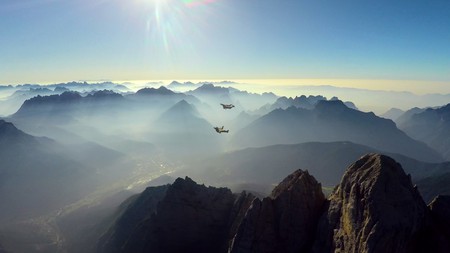 While climbing can undoubtedly be awe inspiring, it turns out free flying in a wingsuit is the most spectacular method of transport when it comes to mountain ranges.

Fred Fugen and Vince Reffet, or Soul Flyers as they like to be known, thought the best way of highlighting the exquisite beauty of the Dolomites was by launching themselves off them in little more than a modified onesie.

While wingsuit free flying is traditionally done facing forward, the audacious flight by Soul Flyers involved turning over onto their backs while in flight, all at 4,000m up in the air.

According to Fugen; “The goal was to have a first ‘true skydive’ part above the mountains, where we could do figures; a second part where we neared the mountain and we flew a little closer, Vince on his back and me on my stomach, and then kept doing more tricks as we got closer to the ground. Since we are using BASE jump chutes, it allowed us to open quite low and to have a maximum flight time.”

This isn’t the first time the pair have staged outlandish feats over the mountains, spending the last four years performing incredible stunts, including their Les Gorges de la Bourne jump and The Ultimate Skydiving Combo flight along Mont Blanc.

The results of their jump are astonishing. 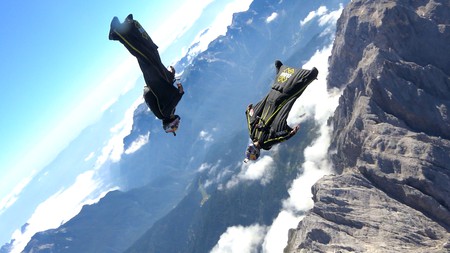 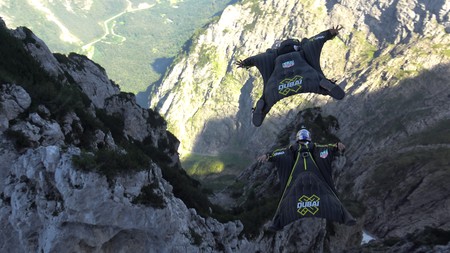 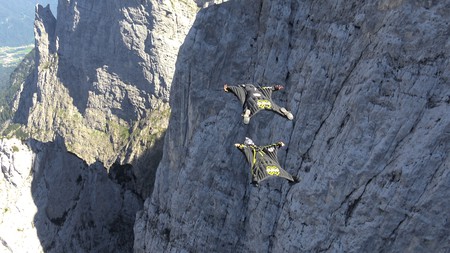 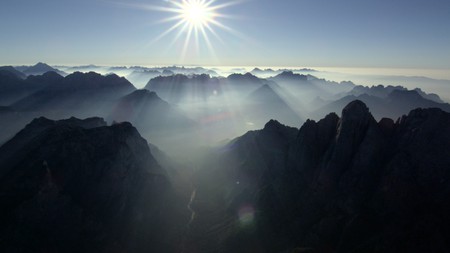 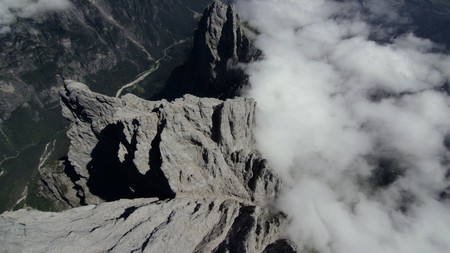