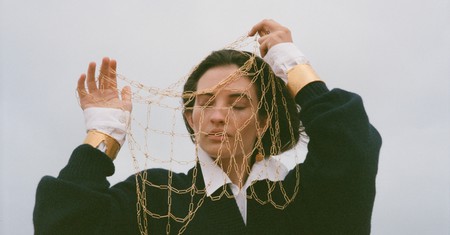 Rosh Mahtani is the designer behind Alighieri. Inspired by the work of Dante Alighieri and his native Florence, her collection of would-be modern heirlooms has made Alighieri one of the fashion world’s favourite jewellery brands. Once a year, Mahtani books a solo trip. A time to reset, reflect and explore, her adventures inspire new designs.

Every January, Rosh Mahtani, the designer behind cult jewellery label Alighieri, escapes London alone to explore a new corner of the world. Armed with her trusty Pentax camera and an open mind, she goes in search of trinkets and keepsakes – inspiration for unique seasonal collections.

To Mahtani, jewellery itself tells a story. “It feels like a safety blanket. I think it’s because you wear it on your skin. It means the same no matter what country you’re from or what culture you’ve been brought up in,” she says. 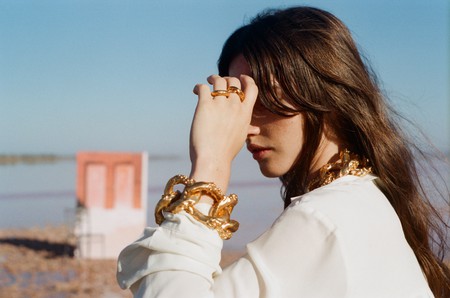 Now 30 years old, Mahtani relishes her lone escapades, but this hasn’t always been the case. Her 20s were a turbulent time, and she admits to booking trips as a form of escapism, running from her lack of a life plan or career path – both things she felt her contemporaries had mastered with ease. And yet it was just that lack of structure that provided the answers she was seeking.

“You can do incredible things when you don’t have a plan,” she says. “It took me a long time to realise that, and it’s the story that I want to tell through my work.”

Travel has long been at the heart of Mahtani’s artistic curiosities. She remembers her first family holiday: “The first thing I saw when we landed in Malawi … was a white beach. I remember thinking, ‘I’m going to collect so many shells. I need to start my collection.’ I still love the idea of discovering treasure from around the world now.” 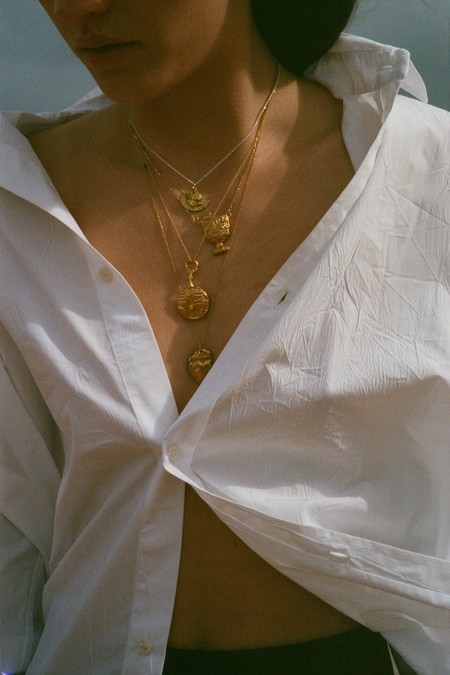 Studying art history in Florence, she was introduced to the work of Dante Alighieri, specifically his epic work Divine Comedy. It was the starting point of a cultural awakening, and although she has spent equally long periods of time in Paris, Australia and Africa plus made shorter visits to Colombia, Iceland and China, Italy’s charm keeps pulling her back. “The year I spent there was informative,” she says. “It was when I first learnt about Dante. Florence is so full of character. The people are passionate and fiery, and I find that invigorating.”

It was here that she found the inspiration for one of the original and most popular pieces in her collection – a 24-carat-gold-plated bronze lion medallion strung on a long drop chain. Stumbled upon in a food market, it reminded her of Dante’s story about courage. “I decided to recast the coin and wear it around my neck as a reminder of this message,” she says. “It’s a piece that has really resonated with people, and I’ve heard so many incredible personal stories since launching it. This is the epitome of what the brand is about.” 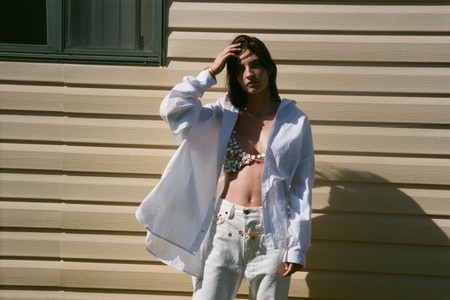 Thought-provoking and beautiful, each Alighieri item aims to become an heirloom that represents more than just a pretty keepsake. It’s the reason Mahtani continues to book her solo trips. Scheduled just ahead of her birthday in January each year, Mahtani’s adventures mark the start of a new chapter, a new calendar and a new collection.

“It’s when I am at my best,” she says. “It’s my time to think. It’s just me and my Pentax camera, and it’s a trip that will always mean something to me.”