Why Rome's Best Artworks Can't Be Found in Museums 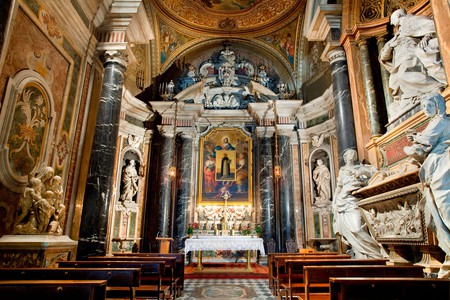 Until last summer, there was only one real reason to climb Rome’s Aventine Hill: the keyhole. Tourists queued outside the six-metre-high doorway to Sant’Alessio church to peer through a tiny aperture for a dramatically framed view of the Vatican. Today, they still do, but that’s not the only reason they come. 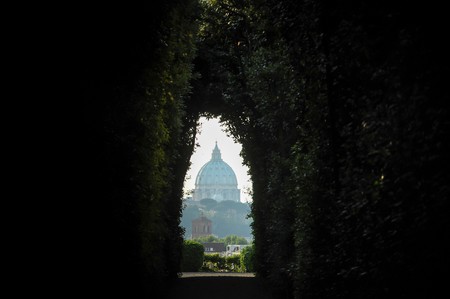 Aventine Hill offers a unique view of St Peter’s Basilica, but that’s not the only masterpiece the area has to offer | © Wojciech Stróżyk / Alamy Stock Photo

For art scholars, life in Rome is one long treasure hunt. Last June, documents discovered by art historians hinted of a 12th-century fresco “in excellent condition” hidden behind a medieval church wall, somewhere in the city. Out of Rome’s 900 churches, the historians followed the scent to Sant’Alessio and peeled back the plaster to reveal an intact, four-metre-high (13-foot-high) depiction of St Alessio and the Pilgrim Christ.

When the city makes the news, often an ancient mosaic has been unearthed, an altarpiece restored or a forgotten work given new significance. The fragile nature and site-specificity of Rome’s great wealth of art mean most are left in situ, not to mention the fact that only so many pieces can fit in the city’s existing museums. “Even though some of it has been taken out of its original context, there’s still a lot left,” says Dorigen Caldwell, a senior lecturer in Italian Renaissance art at the University of London’s Birkbeck School of Arts. “Rome was such an important political and cultural centre, as the seat of the papacy, there was a huge focus of artistic patronage.”

Many priceless public artefacts, like Sant’Alessio’s, are left in the wild for all to see. Others adorn the walls of institutions and churches, adding weight to sights you might not consider adding to your schedule. Some private collections are kept at home, in Baroque palazzi that open their doors out of a mix of generosity and necessity – it’s been a while since aristocrats could amass such rich assets with no strings attached.

What they have in common is what they are not: exhibits in crowded museums ubiquitous in the guidebooks. 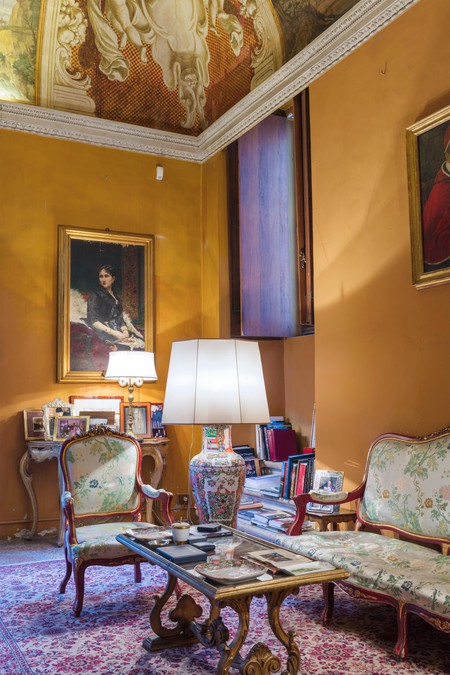 Prince Nicolò Boncompagni Ludovisi was a young man when cracks in an anteroom ceiling at Villa Ludovisi, his home near the Borghese gardens, exposed a 400-year-old painted ceiling. Conservators identified it as the only fresco ever painted by the Renaissance master Caravaggio. But it wasn’t until after Nicolò married Rita Jenrette, an American realtor (and former Playboy bunny), in 2009 that he agreed to allow the public inside. 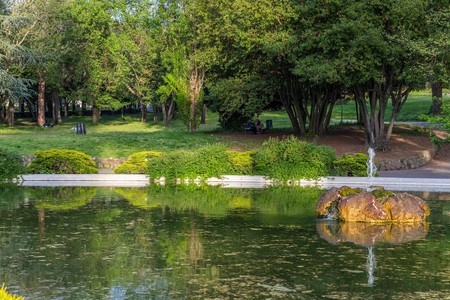 Ever since Ludovisi’s death in 2018, Princess Rita has led tours of the 16th-century villa, onetime haunt of popes, cardinals and the writer Henry James. Caravaggio’s rare and provocative ceiling – depicting Jupiter, Pluto and Neptune in the nude and painted from the perspective of the undercarriage – accompanies other works by Domenichino, Pomarancio and Giovanni Francesco Barbieri, aka Guercino, whose fresco gave the house its nickname, Villa Aurora. A statue of Pan by Michelangelo presides over the gardens.

“Caravaggio is famous for his canvas portraits with incredible lighting,” says Edoardo Giuntoli, GM of the new Sofitel Villa Borghese hotel next door. “But this is painted directly onto the ceiling, using oil paints, so Villa Ludovisi will always be its only home.” Giuntoli can arrange private views of the villa’s art for guests of the 18th-century manor-hotel, or you can book with a tour operator like Imago Artis, which specialises in exclusive art excursions with revenue going towards restoration and maintenance of the ceiling.

Fulvio de Bonis, founder of Imago Artis, is a rare guide who balances privileged entrée with an enthusiasm for art and a flair for drama. He regularly takes clients inside the Oratorio de Gonfalone, a seemingly nondescript mid-terrace chapel with one of the most ornate interiors in the city. His arms fly about in modern contrapposto as he gushes over 16th-century wall frescoes by Mannerist artists who studied composition from Leonardo da Vinci, style from Michelangelo and pigments from Raphael. He calls Gonfalone “the Sistine Chapel of Mannerism.”

De Bonis is an equal-opportunity ogler. He puts as much value on a metro station as a more highbrow experience. Rome’s new San Giovanni station, after all, has vitrines of Roman amphorae and emperor-head coins. One day he may bounce between the six surviving “talking statues,” which are Hellenic figures (like a giant marble foot) that the Romans installed around the city to lampoon Roman politicians. The next, he’ll descend deep into the bowels of San Clemente Basilica. The 12th-century church is impressive enough, with its original mosaics and 15th-century Masolino frescoes. But descending below ground reveals excavated sections of a fourth-century church, built atop a second-century pagan temple, built atop a Roman house – each with some ancient paintwork intact. 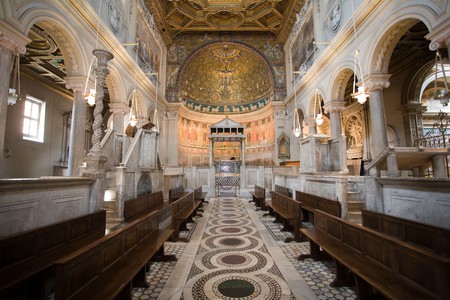 What de Bonis champions above all is viewing art as originally intended – not being herded through a museum, but on one’s own terms.

Of course, not every opportunity to view Rome’s hidden art requires a formal escort. Fancy a coffee? Sant’Eustachio’s is brewed with water from an ancient aqueduct and while you savour it al fresco, you can gaze across the piazza at Federico Zuccari’s 16th-century frescoes, on the façade of Palazzetto di Tizio di Spoleto. They feature scenes from the life of Eustachio, a Roman general martyred after finding his Christian faith. Or you can make your way to Villa Medici, atop the Spanish Steps – mention to the guards that you’re here for the café and they’ll wave you in. Besides its superlative lasagne, Caffè Colbert serves up marble statuary in every recess, portraits of Medici cardinals and views out full-height windows to St Peter’s. The building has been maintained by the Academy of France since 1803, and shows contemporary art in two main-floor galleries.

Colbert comes recommended by Dorigen Caldwell, a perennial visitor to Rome who has spent hours exploring the city’s artworks, much of which have been commissioned to glorify the Catholic church. And though many locations have eventually become museums themselves (she cites the three palazzi that make up the Capitoline Museums), others persevere with their original raison d’être. For artwork found in the latter camp, she recommends seeking out Artemisia Gentileschi’s towering altarpiece at Santa Maria della Pace, a chapel with a hidden mezzanine café above the rear cloister. And behind the Pantheon, she says, you’ll find Santa Maria sopra Minerva Basilica with its heavenly Filippino Lippi frescoes and Michelangelo’s Christ the Redeemer statue. 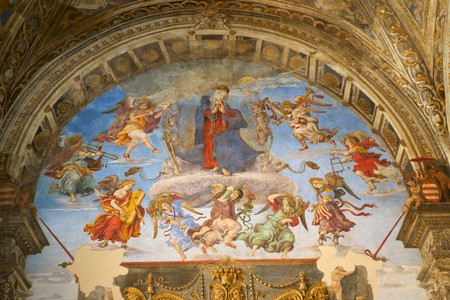 Yet she also appreciates a spot of shopping. A trip to the Rinascente department store on Via del Tritone offers more than just summer sales – in the basement, LED light projections illuminate a 60-metre-long (200-foot-long) Roman aqueduct excavated during construction. (The Rinascente folks had the good sense to install a bar alongside, so you can linger with a glass of wine while admiring this centuries-old architecture.)

This sort of spectacle will never see the inside of a museum, and that is precisely what makes Rome such a thrill to visit. Seek beyond the obvious, and ye shall find – and find more than you could even imagine.