Where to Stay in Naples, Italy, for a Local Experience 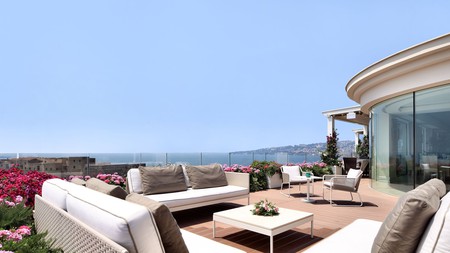 Stay like a native Neapolitan at these hotels to uncover hole-in-the-wall pizzerias and lesser-known neighbourhoods.

Italy’s epicurean heavyweight should be on every self-respecting foodie’s hit list. You can eat the best pizza of your life in Naples, sample sumptuous delicacies on a guided street food tour (which you can experience on Culture Trip’s exclusive 10-day Southern Italy adventure, led by our Local Insider), explore some of the country’s top museums – including a network of fascinating underground tunnels – and discover the cradle of Italian men’s tailoring. It’s hard to not strike up a spontaneous conversation with the city’s exuberant residents, so feeling like a local comes naturalmente in Naples, and these hotels will help you immerse yourself in no time. 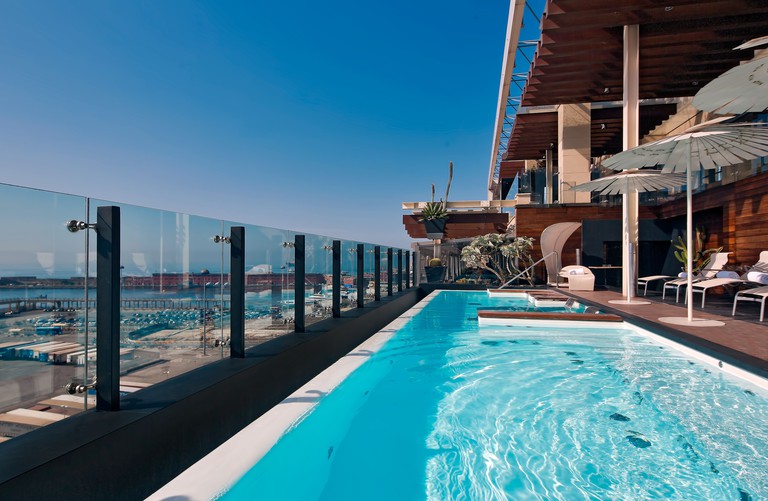 Courtesy of Romeo Hotel / Expedia
Nothing is more Neapolitan than waking up overlooking Mount Vesuvius, with whom the locals have had a love-hate relationship for millennia – the Pompeii episode is hard to forgive. From your suite in this elegant, crystal-clad building, you’ll have an unobstructed view of the volcano. The five-star hotel includes a rooftop pool, spa and Michelin-star restaurant where you can sample the city’s best local produce. Before you go out exploring, browse their online city guides with trusted local tips for guests. 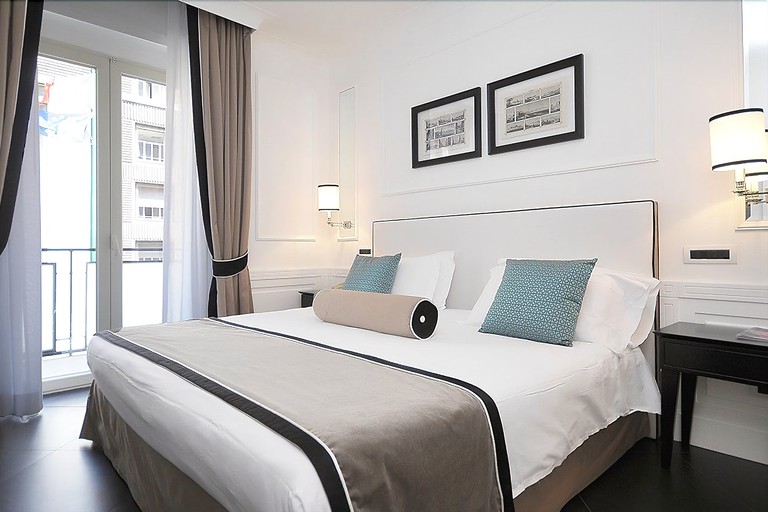 Courtesy of Grand Hotel Oriente / Expedia
Conveniently positioned between the port and the Quartieri Spagnoli (Spanish Quarters) – created in the 16th century to house Spanish garrisons, and now the city’s most bustling, gritty and energetic neighbourhood – this hotel offers elegant rooms and a rooftop bar with a grand piano and themed evenings. Do as the locals do and take the metro from Toledo station, only a two-minute walk from your hotel. It definitely won’t be your average subway experience: the station has been turned into an immersive art experience with intricate wall mosaics by William Kentridge and colour-changing light panels. Back at the hotel, the white-clothed restaurant lays on Mediterranean flair alongside regional wines. 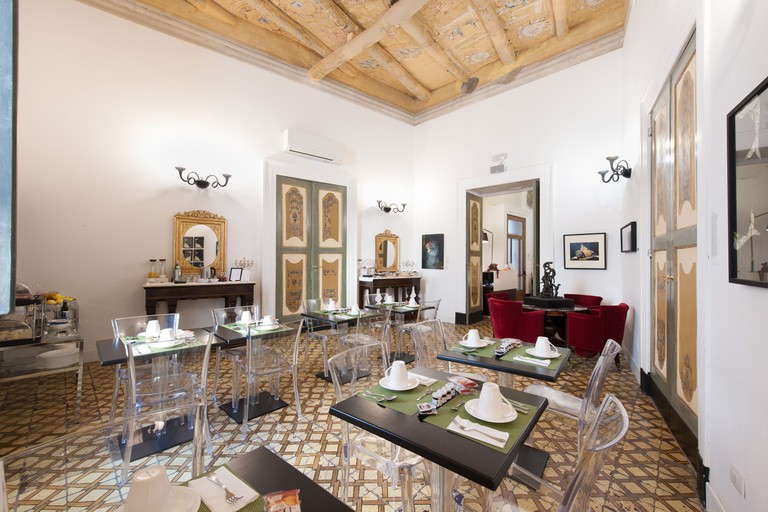 Courtesy of Santa Chiara Boutique Hotel / Expedia
If you want to really immerse yourself in the city’s culture, with its small osterias, antique shops, baroque churches and pizzerias on every corner, there’s no better place to sleep than this small boutique hotel in the historical centre. Although right in the middle of Spaccanapoli, the beating artery of Neapolitan social life, the rooms are surprisingly quiet. Don’t forget to drop by Sorbillo, considered by locals to sell some of the best pizza in Naples. 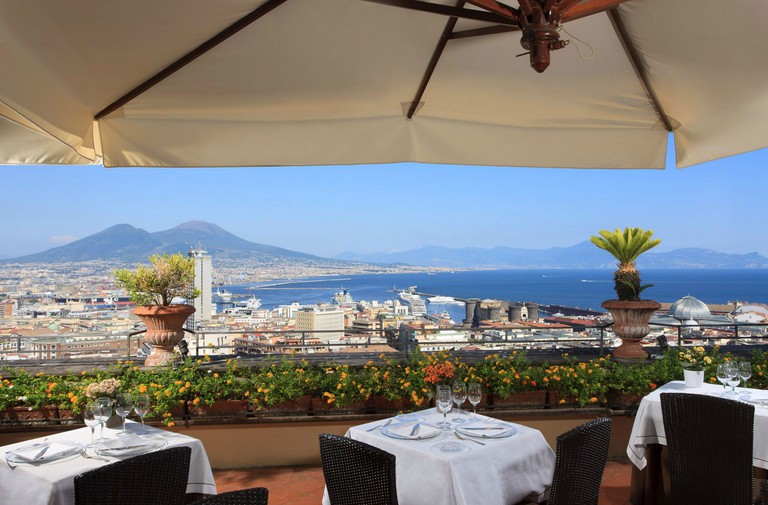 Courtesy of Hotel San Francesco al Monte / Expedia
Located in a tranquil and less touristy corner of the city, just on the edge of the historical centre of Naples, you’ll sleep soundly in former monks’ quarters at this old monastery turned hotel. It’s been skilfully restored, while keeping historical high notes intact – such as the impressive chapel. Do as the Neapolitans do and take a stroll to the Belvedere di San Martino, where you’ll have a view of the city, Mount Vesuvius and the Bay of Naples. 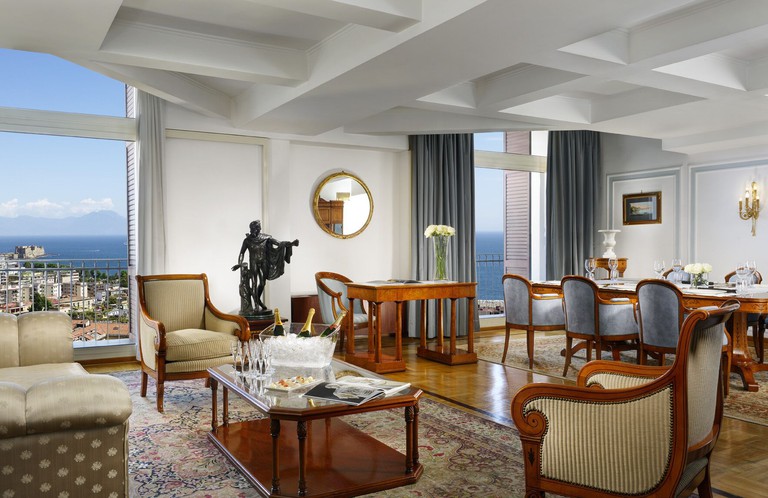 Courtesy of Grand Hotel Parker's / Expedia
A city institution, this hotel has been welcoming guests since 1870. Originally founded by a 19th-century English marine biologist who saved the former hotel in this palazzo from bankruptcy, it still exudes the atmosphere of old-world grandeur today. It boasts a Michelin-star restaurant and an impressive rooftop bar, where you’ll meet Naples’ fashionable crowd as well as fellow travellers. Concierges Marco and Vincenzo can organise limousine transfers, wine tastings, tours and boat trips to Capri and Sorrento. 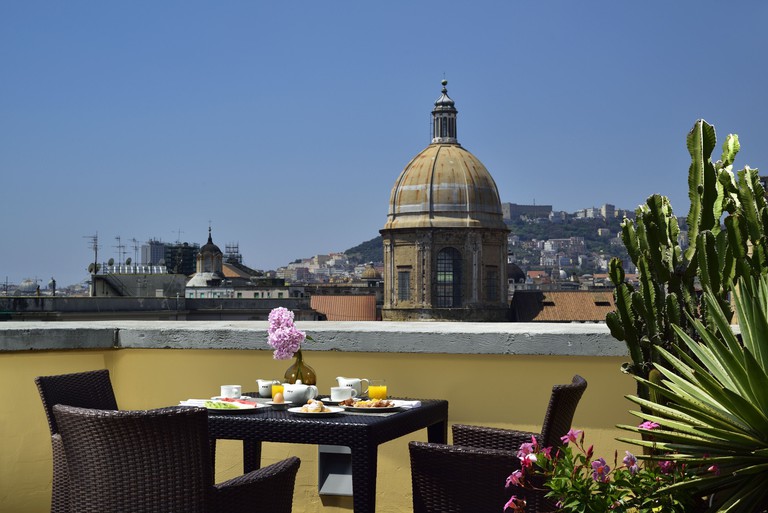 Courtesy of UNAHOTELS Napoli / Expedia
A budget-friendly option, this hotel might seem a bit inconvenient location-wise. But it’s actually a great starting point for second-time visitors who want to make day trips to Mount Vesuvius, the ancient city of Pompeii or Capri, as you’re right in between the city’s two main train stations. When you get back to Naples, get a take-away dinner Neapolitan-style at L’Antica Pizzeria da Michele, a local restaurant where Julia Roberts famously had a pizza in Eat Pray Love, and which is now so popular it has outposts around the world. 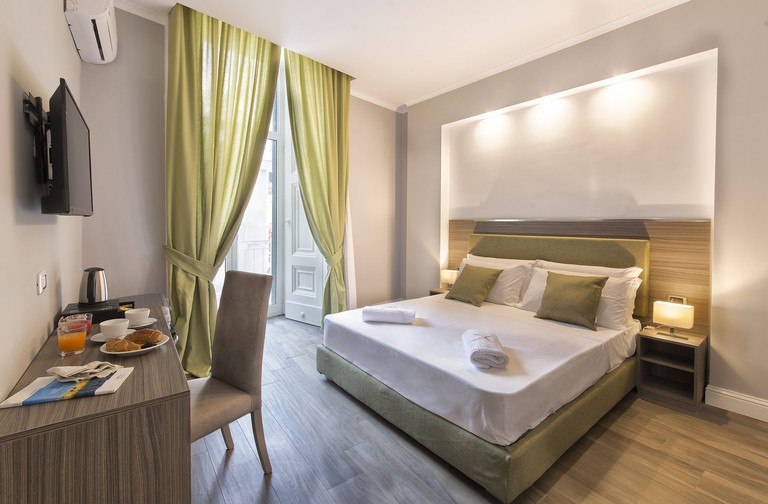 Courtesy of Dante Maison de Charme / Expedia
Budget rooms with five-star service: that’s what best describes this bed and breakfast. Host Guido will gladly share all of his Neapolitan intel with you. His tips? Literature lovers will have a blast at the market of Port’Alba, filled with second-hand and antique books, just around the corner. But the best advice he’ll give you is to visit the often overlooked, beautifully frescoed Monastery of Santa Chiara: once you’re inside, you’ll completely forget the noise and chaos of the city. 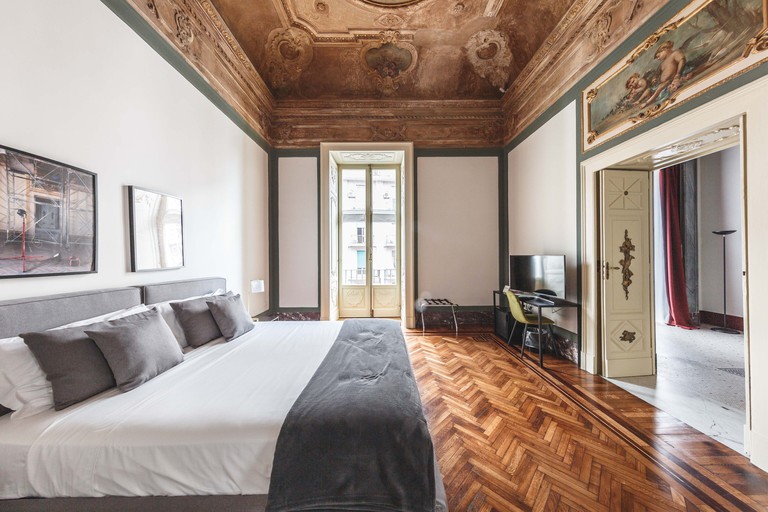 Courtesy of Relais Della Porta / Expedia
This old palazzo flaunts baroque frescoed ceilings, in-laid wooden floors and original doors, giving you a glimpse into the life of a Neapolitan Renaissance nobleman. You don’t even have to leave the hotel to try some typical dishes: in the 16th-century dining room, staff can organise a meal, featuring reimagined staples of regional cuisine. While eating, you can marvel at the intricately frescoed ceilings without hurting your neck thanks to the mirror-clad table tops. 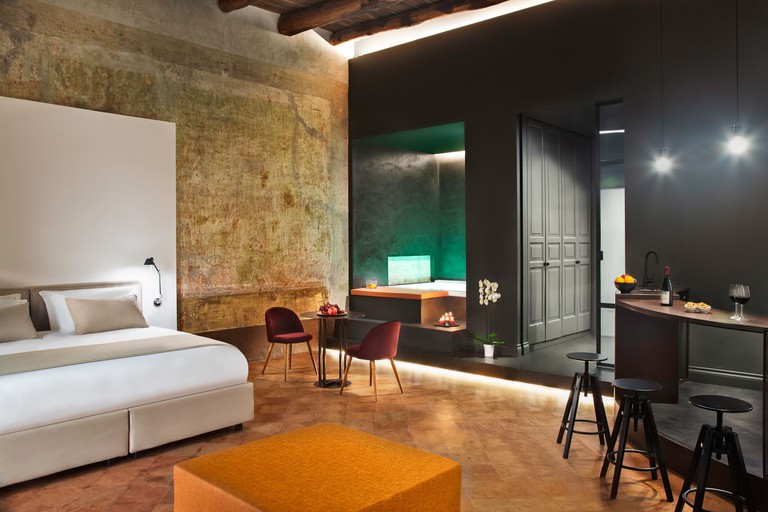 Courtesy of Artemisia Domus / Expedia
Luxury soundproofed rooms with modern furniture, private hot tubs, saunas and fireplaces, make this hotel a great choice for a romantic getaway, especially for second-time travellers looking to discover a different side of the city. The staff can organise a variety of bespoke city tours aimed at seeing Naples through a local’s eyes, whether you’re interested in meeting artisans in their ancient workshops, exploring the city’s underground tunnels or delving into the Quartieri Spagnoli with its traditional shops and restaurants.

Looking for somewhere different? Book into one of the best budget-friendly hotels in Naples, or discover the best overall hotels in the city. Extend your Italian holiday by seeing the best boutique hotels in Sorrento, only an hour south of Naples.