Where to go for Aperitivo in Turin, Italy 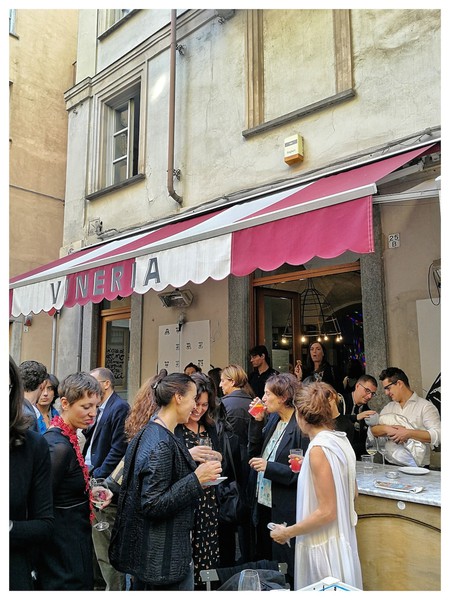 There are conflicting origin stories about vermouth, but they all agree that this key aperitif cocktail ingredient was invented in Turin around the middle of the 18th century. Today, the brands Cinzano and Martini are still synonymous with the city. The concept of aperitivo hour really took off in Milan and Turin in the 1920s when busy workers would end their day with a bitter pre-dinner drink and small appetiser. Understandably, this delightful activity has remained a daily ritual in Turin, so we’ve created a shortlist of where to join the locals.

The wine bar and restaurant Tre Galli (Three Hens) opened over 20 years ago and is still one of the best spots in the Turin’s lively central neighbourhood, Quadrilatero Romana. This area is located between Porte Palatine, via Garibaldi and Corso Siccardi, where an ancient Roman settlement once stood. A network of small streets is made up of beautiful historic buildings that are home to interesting shops, bars and restaurants, as well as remnants of the former Roman structures. It is largely pedestrianised so always has a buzzy atmosphere, but particularly in the evening; wander aimlessly along the charming streets until you are ready for aperitivo at Tre Galli. A solid wine cellar is at the heart of Tre Galli, but of course it offers great aperitif cocktails too, and all drinks are served with typical aperitivo nibbles. The bar is particularly wonderful in spring/summer because you can drink outside on the cobblestone patio. The interior is inviting too – stylish and modern but with old-world bohemian charm – so once you have finished your drinks, why not head inside for dinner? 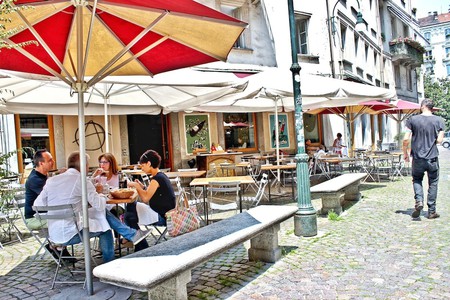 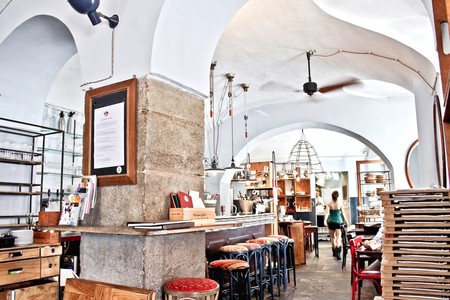 The best way to describe La Drogheria is calling it the Soho House of Turin. The aesthetics are impeccable, and it attracts a suitably stylish crowd; the menu has just the right amount of options and fuses the traditional with the new. La Drogheria occupies a portico in the famous Piazza Vittorio, one of Turin’s most beautiful squares close to the Po River, and in good weather tables spill out into the square. The interior reflects the bar’s name, invoking a mid-century grocery store and also houses an interesting capsule art collection. The aperitivo food is served buffet-style but the options are refined and not at all greasy like so many other venues.

‘Bocciofila’ is the Italian word for a boules club. Much like France, in Italy boules is a game typically played by retirees, but Bocciofila Mosetto is special – it is located in the hip and charming Aurora neighbourhood of Turin, and here, young and old enjoy bocce, cards and aperitivo together. It is a very relaxed and informal affair with plastic outdoor seating around the edge of the bowling green and romantic vines creep along the canopies. Aperitivo hour is a bargain, with a glass of wine and a small plate costing between €3 and €7. Come here if you are looking for local vibes and local prices. 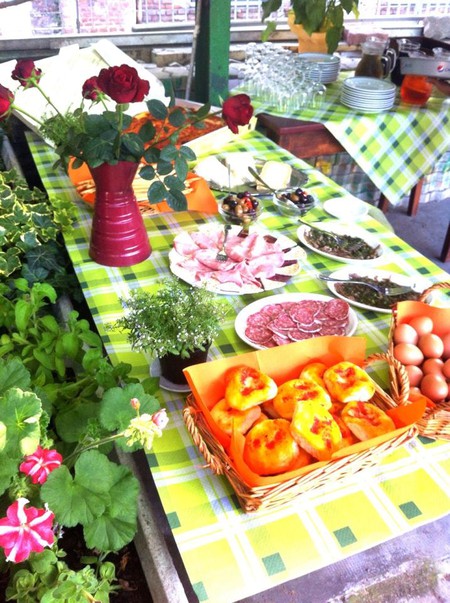 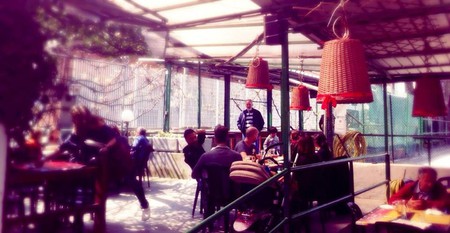