Where to Find Caravaggio's Art In Italy 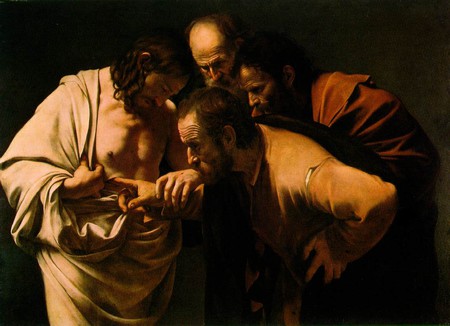 The Incredulity of St. Thomas by Caravaggio | Wikimedia Commons

Most painters of his time showed the airy world of aristocratic fantasies, but Caravaggio was interested in something different. He was the painter of the dark, dirty underworld of the urban poor. Where others were painting nymphs and noblemen, he was painting the people of the backstreets, gambling corners and cheap taverns. These were the places he was familiar with as a boy who came from a village near Bergamo to make his fortune in Rome. Erratic and unpredictable, prone to bouts of violence, he fled Rome after killing a man in a brawl. The last years of his short life found him on the run across southern Italy, painting for the few patrons he found in between bouts of imprisonment and begging for a papal pardon.

The Contarelli Chapel of the church of San Luigi dei Francesi is just a few steps away from Piazza Navona. Inside, you’ll find an extraordinary cycle of paintings about the life of Saint Matthew, the tax collector who was called on to follow Jesus. He transposes this Biblical story onto his contemporary world, making for a striking sense of immediacy.

Another church where you’ll find his work in situ is the Cerasi Chapel in Santa Maria del Popolo. Caravaggio’s The Conversion of St Paul and The Crucifixion of St Peter caused a scandal when they were unveiled. His patrons were shocked that their sacred place would be decorated with a painting in which much of the canvas depicted the backside of an enormous horse. It was a daring move from a brilliant mind unconstrained by art world mores and visual cliches. 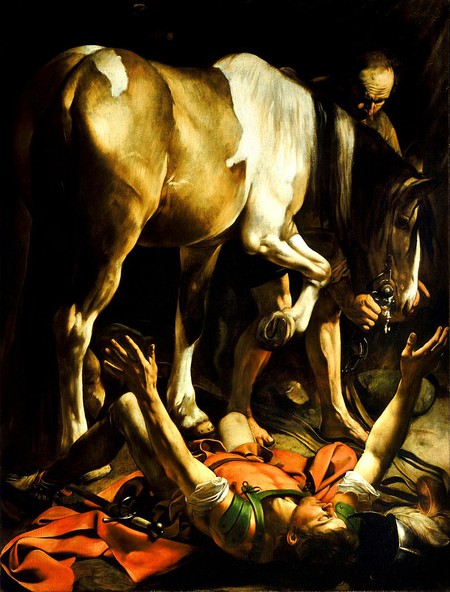 At the Cavalletti Chapel, he pushed the limits yet again. He painted a Madonna with child, with two pilgrims kneeling before them. The subject is traditional enough, but he chose deliberately to depict the devotees as poor people – the kind of people who are not shown in paintings, with rough hands and dirty feet pointed out directly at the viewer. At Palazzo Barberini, you’ll see a gorgeously simple painting of Narcissus, a striking St Francis in Meditation and his stunning version of Judith Beheading Holofernes. 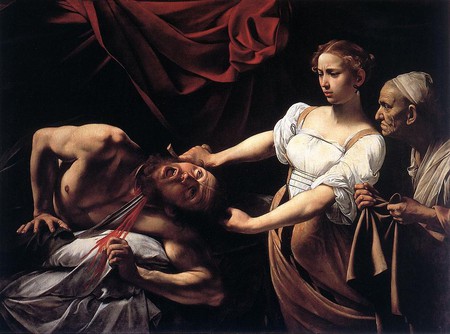 Last but certainly not least, you have the Galleria Borghese, a museum not to be missed for any art lover visiting Rome. You’ll find three of his most important works here, including an early painting of Bacchus and a late work of David with the Head of Goliath, which is a plea for papal mercy sent from exile in Malta.

Here in Caravaggio’s place of exile, you’ll find the gorgeous Flagellation of Christ at the Museo Nazionale di Capodimonte. The painting is at the end of a long corridor in a room by itself. It’s incredibly striking, with half of the canvas in darkness, making for a stunning contrast between the brightness of the flesh of Christ and his torturers and the darkness of the deed. 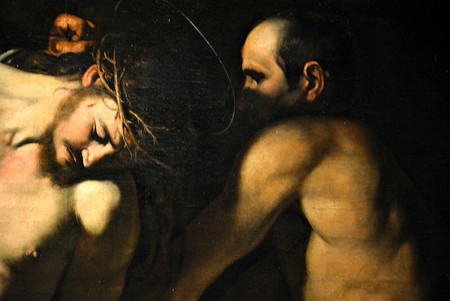 The Flagellation of Christ | Wikimedia Commons

At the Palazzo Zevallos Stigliano, you’ll find the dark, brooding painting of The Martyrdom of Saint Orseola, the last known painting he completed before his death. And in Pio Monte della Misericordia, located in Napoli’s historic center, there is the painting called The Seven Works of Mercy, commissioned by a charitable brotherhood who wanted him to show seven acts of kindness in Catholicism, which include burying the dead, feeding the hungry, visiting the imprisoned, sheltering the homeless, clothing the naked, visiting the sick and giving water to the thirsty. 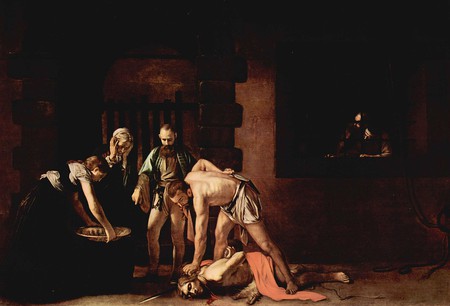 The Beheading of St. John the Baptist | Wikimedia Commons

Caravaggio spent the last few years of his life in Malta, paranoid and on the run. Wanted for murder, he was hounded by the forces of justice. Here, he painted The Beheading of St. John the Baptist for the Oratory of the Co-Cathedral of St. John in Valletta. In an alleyway, a small crowd gathers around John the Baptist. A man presses John’s face to the ground, as another woman prepares the basin for his head. From a window, two faces watch the scene. The painting, like all of his work, is immediate, intimate and forceful – and a moving expression of the gritty, violent and poverty-ridden world that he inhabited.